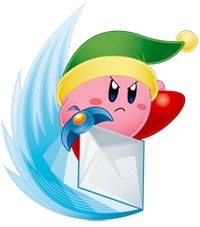 L2: Peon (388 until level 3)
9bladesofice Done adding games for now but I still have more to add eventually. Also if a score is 0 that means I

Done adding games for now but I still have more to add eventually. Also if a score is 0 that means I haven't played any of the game and can't judge it, if it's 0.1 that means I did actually play the game and hated it.

Article comments seem borked for me

This is kind of off topic but do any of you know if there's a way to add multiple games without manually clicking through each one and adding it? If there is a way to add them the search function that would be really good but if not I guess I'll eventually get my entire list of games it'll just take longer....

Favourite Music: Instrumental, newsboys, Eiffel 65, MADs, Anime, Video game, vaporwave, somewhat nightcore though not as much as a few years ago.

Favourite Films: Harry Potter, Star Wars 1-6 only (it officially ended for me there), Jumanji, Zathura, Back to the Future, The Girl who leapt through time, Castle in the Sky, Kiki's Delivery Service, Kirino Mosaic movie, ToAru Movie, might add more here later.

Favourite Books: Harry Potter, Dealing with Dragons series, The Forgotten Door, Trixie Belden series, Clue series, not much else though.

Hobbies: Playing video games, Playing online games, Playing mobile games occasionally. I enjoy playing tennis though I don't really get the chance to play it that often and same goes for golfing (and sadly golfing is very expensive and miniature golf just isn't the same).

About Me: I'm 23 and grew up with only Nintendo consoles even since I was 10. Still to this day I only own Nintendo consoles though I might eventually get an X Box and Playstation to play the anime games that Nintendo doesn't have too much of. I graduated college 2 years ago and am still figuring out what to do job-wise though I'm hoping for the best.

9bladesofice has 1 friend (view all)