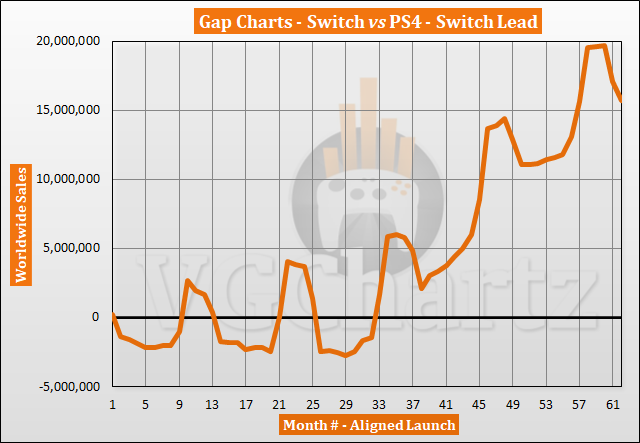 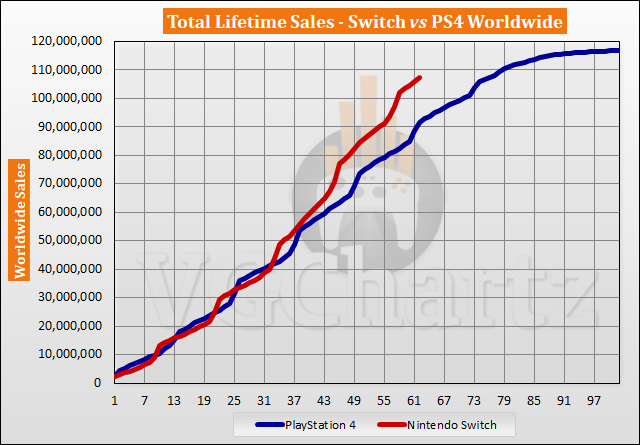 April 2022 is the 62nd month that the Nintendo Switch has been available for. During the latest month, the gap grew in favor of the PS4 by 1.37 million units when compared to the Switch during the same timeframe.

The PlayStation 4 did not reach current Switch sales until month 77 where it sold 108.07 million units.