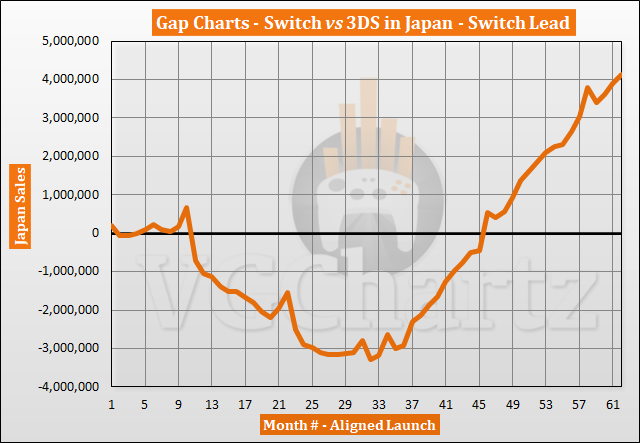 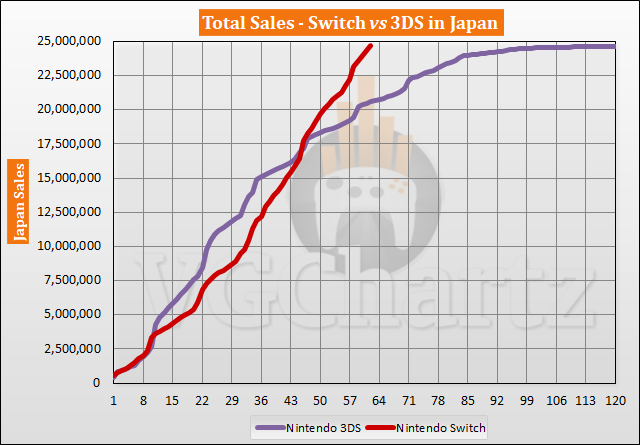 The 3DS sold 24.67 million units lifetime in Japan, which means the Nintendo Switch has now outsold the 3DS after 62 months.