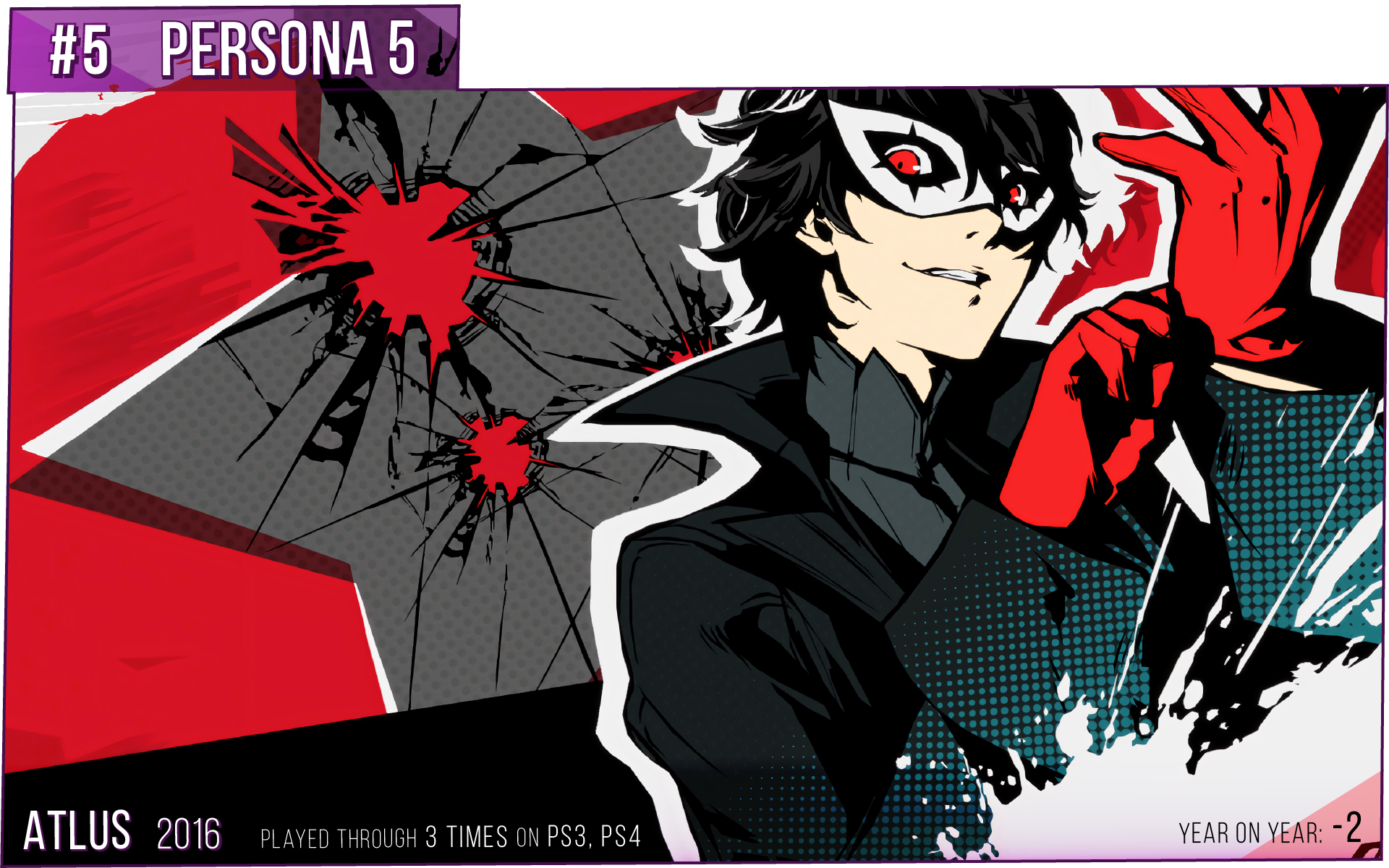 "If anything, I'm getting the feeling that this might even climb higher on the list in future years..."
- mZuzek, 2020

I think it's safe to say that comment hasn't aged well, but Persona 5 has. As in, just like the previous game on this list, the drop here was just a result of other games moving around in my head, but this is still as special as ever. I mean, it was only today that I decided this wouldn't be #4, and that decision was about as definitive as a coin flip.

Persona 5 is just super impactful to me. It's the kind of game where just from seeing one or another screenshot here and there - usually as vague as the thumbnail in this post - just from this type of thing I already knew I'd love it. Everything about it has a ridiculous appeal, you can't help but be interested, and when I finally got the chance to play it a couple years ago, it glued me to the screen like nothing had done for many years. I played through the whole thing in just over a week, and it was pure hype from start to finish - each new arc I reached made me care more, each boss fight got me increasingly pumped, the ending hooked me so much I beat the game at 9 AM and didn't feel sleepy even after watching the credits roll.

I've since replayed the game a couple times, one of them being in the Royal edition, but despite how ridiculously long it is, it never got old. It's easily one of my most cherished gaming experiences and honestly, it does feel weird putting it this "low" on the list. But I guess one thing that happens as you grow older, is you begin to cherish more things than you were ready to. Certainly, within this top 5, every game has me going "yeah, this is it" the moment I boot them up - I've certainly thought of Persona 5 as my favorite game ever. It's just not the only one.