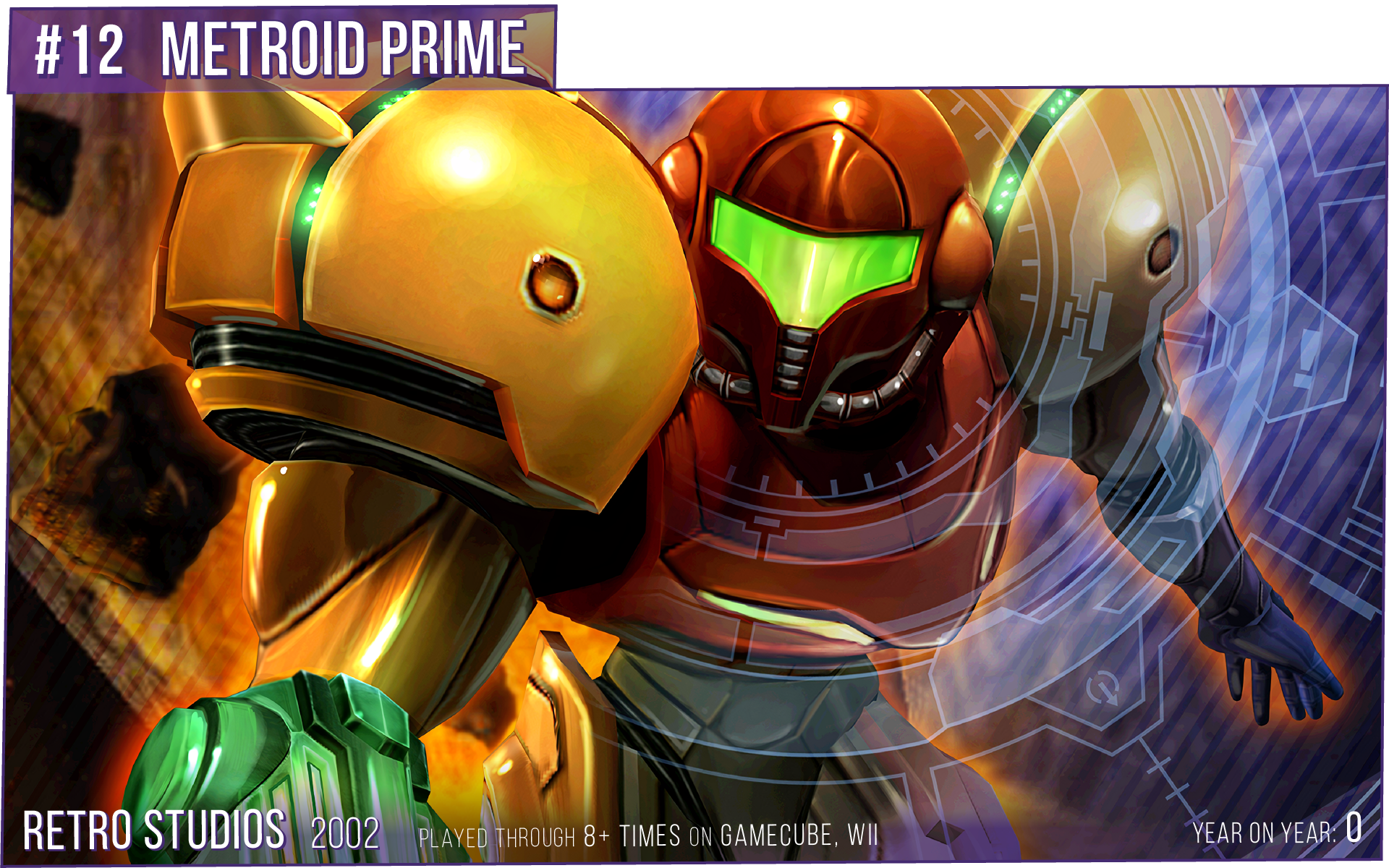 If there ever was a prize for the most "no right to be this good" game, this has to be up there. A new Metroid game in first-person, being made by a western studio whose only prior works were cancelled prototypes. What could go wrong?

Not much, apparently. It's like, no one in their right minds could ever imagine Metroid translating well to a FPS style, except clearly the folks at Retro Studios because they made it look effortless. Prime lost next to nothing of that Metroid DNA, and it added a lot of new things and pushed the series forward on top of it. I mean, the graphics still look good today, I think it's fair to say it pushed a lot of boundaries for gaming in general. It's just a fantastic game.

And now talking about it makes me think, that announcement about Prime 4's development reboot will be three years old next month. Feels like this time next year there'll definitely be news about it... Fingers crossed.