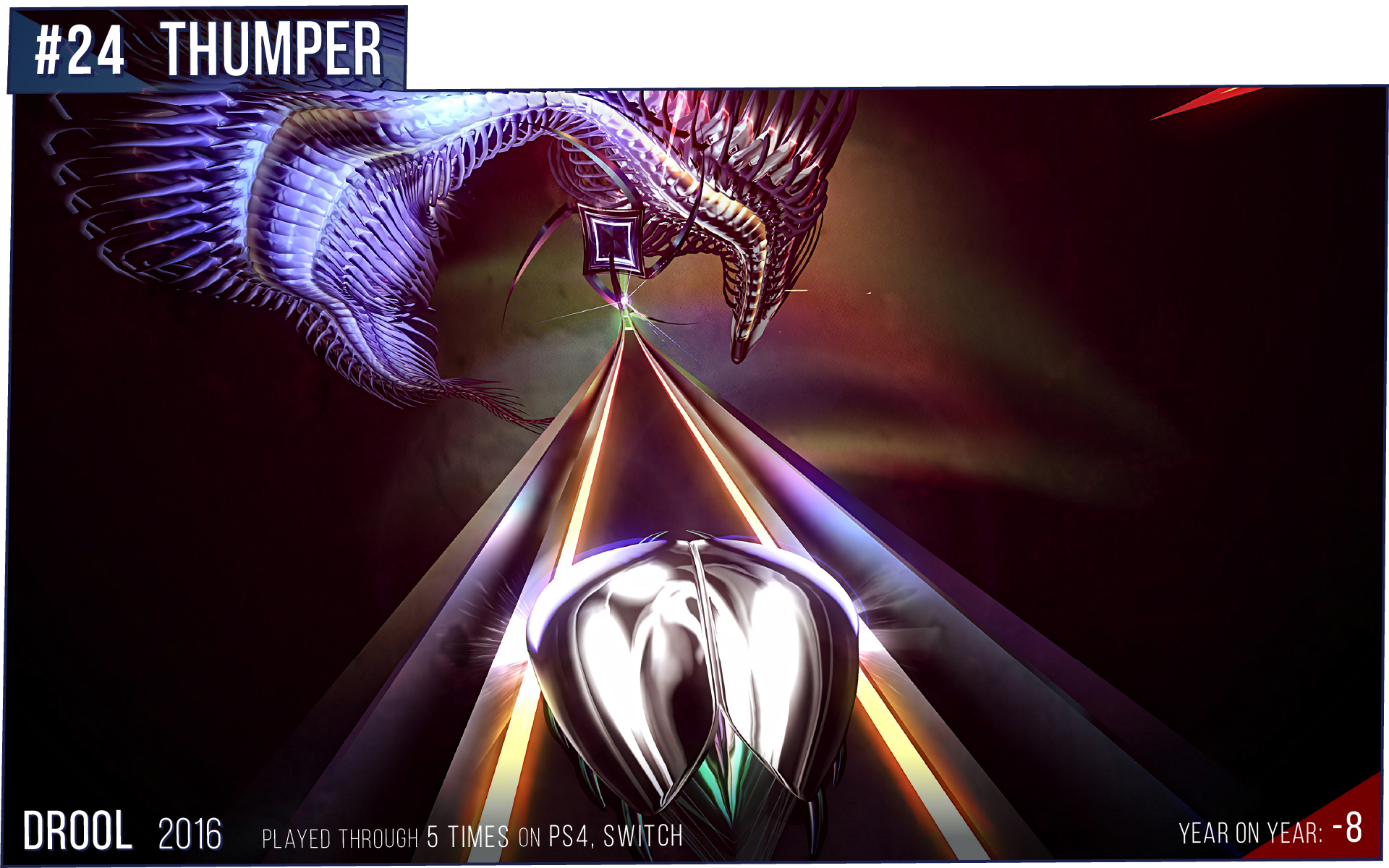 And thus, the drop finally comes for Thumper. This game had only ever climbed on my list every year up until this point, with an unprecedented streak of 4 years going up (from #40 to #19, #18 to #16 last year), but I suppose nothing can last forever. To be fair, I'm not sure it deserved to drop this far down the list, but I am sure it shouldn't be going any lower than this, it's too awesome.

This is also the game I most recently finished - I finally beat Play+ mode just yesterday, and it has to go down as one of the toughest challenges I've ever overcome in a videogame. Despite the extreme difficulty though, outside of level 6+ it never felt cheap, not even the ridiculously hard final level that I replayed god knows how many times. It's crazy looking back through these posts that it's been more than two years now since I started this Play+ journey, to finally see it through was really awesome.

As for a more concrete description of why the game's so great, last year's post will do. It's a completely unique concept but it nails its mechanics like there was decades of experience in making games like these. The art direction and sound design are unreal, if you play this on VR you're basically transported to an alternate dimension. It has the most basic controls you could imagine, yet it's somehow super deep and has a very high skill ceiling. There's basically nothing I can criticize about this game - I'm beginning to think I made a mistake in dropping it this far down the list - it's just incredible.