That strategy has been prevalent among conservatives for a long time. 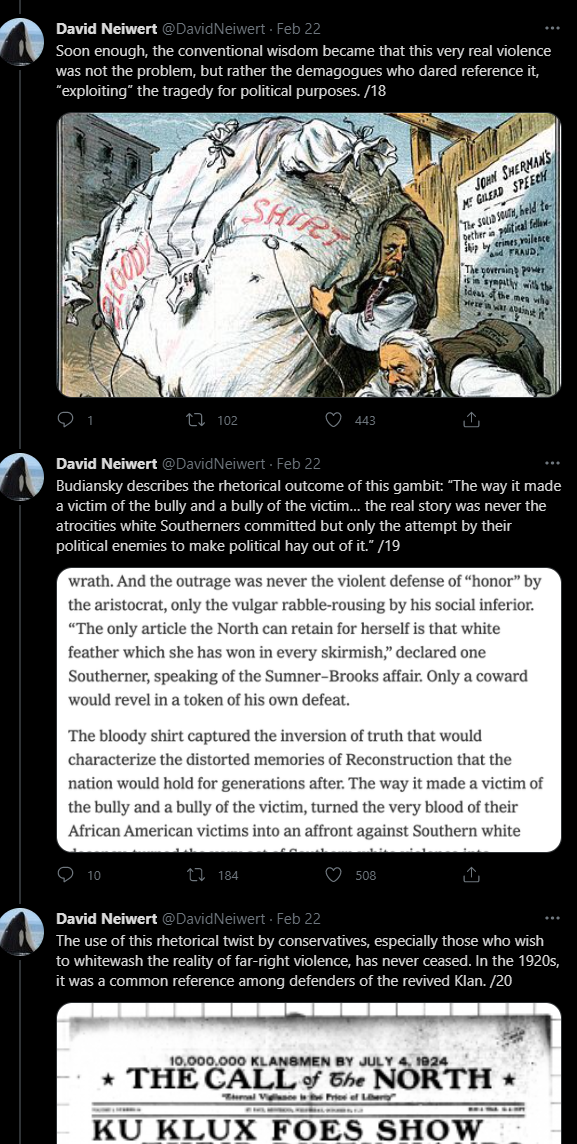 That the societal problem isn't the actual problem, but the people calling it out/trying to solve it are the real problem.
Some common examples I'm sure you see every day:

- You want universal healthcare like every other developed nation? No, we can't do that, because it'll be worse.
- Wear masks and social distance? No, it's just the flu, and a hoax. It infringes on my rights and the economy will be ruined.
- Reduce carbon emissions to prevent global warming? No, that'll just ruin the economy, and it's a hoax.
- Properly tax billionaires? No, they'll just move to another country, so lets give them a 300 trillion tax break instead.
- Ban assault rifles? That will just make things more dangerous for law abiding citizens. We need more guns.
- Unions for workers? No, that'll make workers sufffer more.
- Trump supporters storming the capitol building? No, those were mainly lefties.

And then of course, calling out racism is the actual racism.