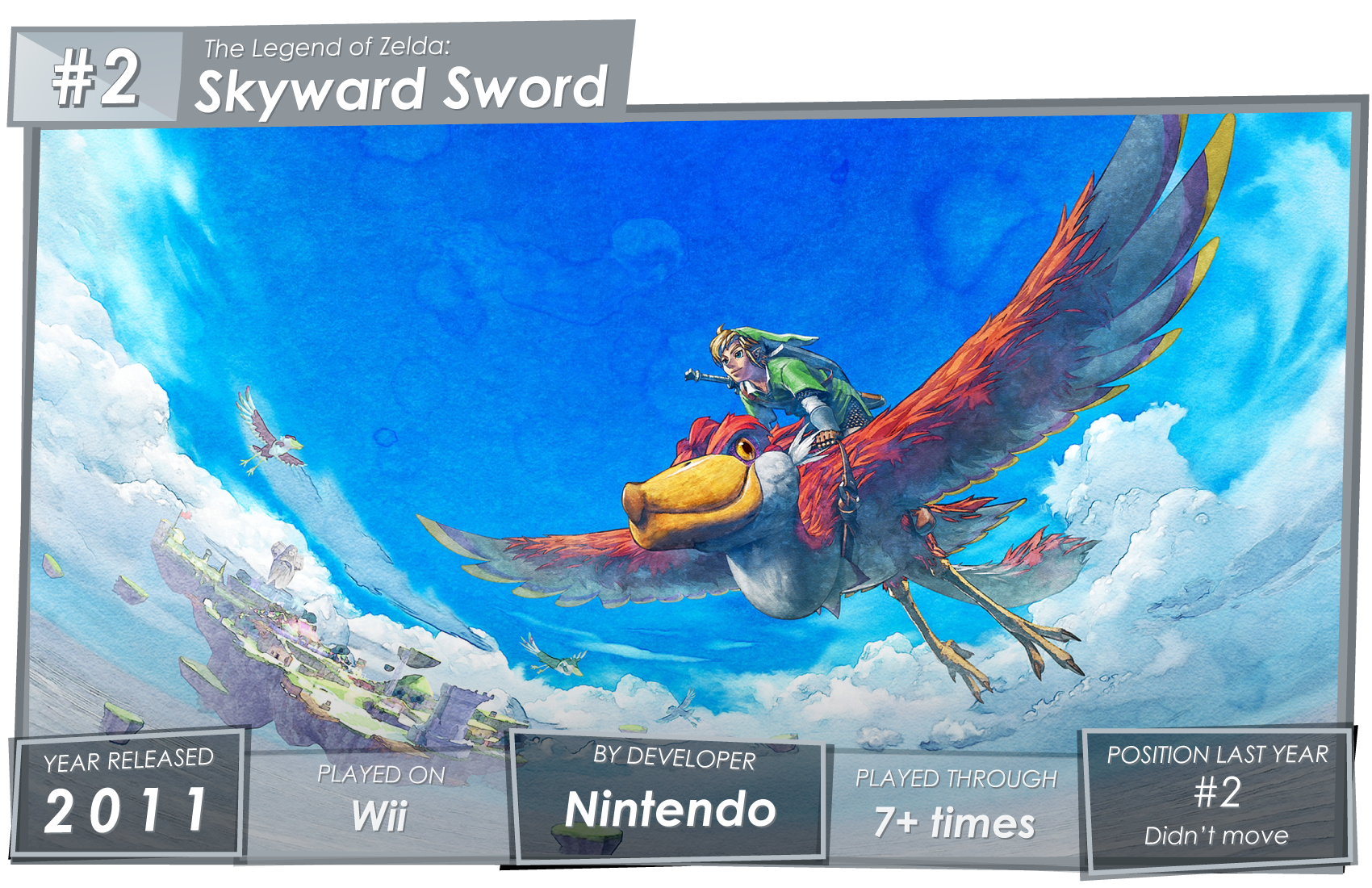 See, when I say Persona 5 might be climbing higher up the list in future years, that's my recency bias kicking in, because I haven't played Skyward Sword in a while... but, putting on some of its music now, my mind's immediately thrust itself right back into this incredible world. And it brings back memories.

When I'm playing it, it's as immersive an experience as anything else. When I take a break, I can't think of anything else. It's only when I haven't played it in years, such as is the case now, that I can stop thinking about it, but the moment I give any attention to anything related to it for mere seconds, I'm full-on Skyward Sword mode all over again.

It's not without reason that this game was at the top of my lists for so long, and even if it did eventually get dethroned by another very worthy (and very similar) title, it's never going away. I love its story. I love its soundtrack. I love everything about it, really, but sometimes I forget to talk (or think) about how much I love its gameplay. Out of these four well-established games at the top of my list, in terms of sheer gameplay I'd say Skyward Sword is easily the best of the bunch. I don't know what it is about it, but there's something really special to this game, when I strap that Wiimote on it gives me this incredible feeling, that this is the most awesome and most immersive gameplay out there. It's honestly ludicrous, we're in 2020. I can't stand Wiimotes anymore!! But when it's Skyward Sword, it just works.

I've talked so much about it over the years, anyway, probably haven't got much left to say. It might not be the ultimate vision Miyamoto had for this series when he conceived it, but it sure as hell feels like the ultimate Zelda to me, and I'm beginning to doubt if another game in the series will manage to impact me quite this much. I'm surprised to admit it, but I can accept that.