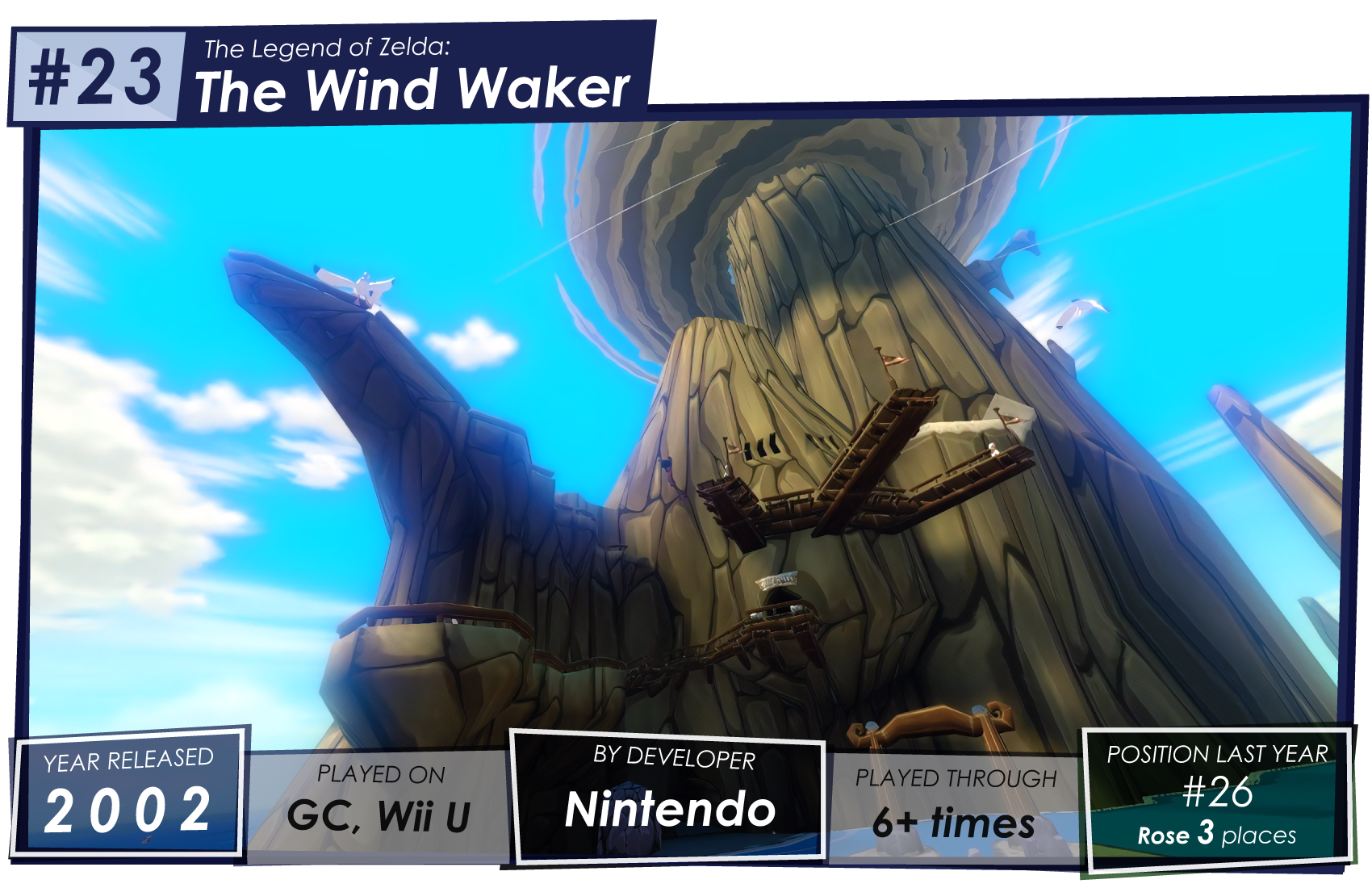 Back when I bought my Wii U, this was the only game I had on it for nearly three months. I was pretty hyped about the console, but having no money to buy other games meant I kept replaying this... over, and over... I very much burned myself out on the game, and never looked to it as fondly as I used to. The game has plenty of flaws too, with the dungeon and boss design being particularly disappointing, and having played it so much did it no favors. So, over the years, I've moved away from playing The Wind Waker, and my opinion on it just kept going down. Nowadays, though, I think it's been long enough that I don't feel as burned out anymore, and am starting to remember it for the memorable experience it was. Sure, it's got some issues, but the combat mechanics always felt really fun and fast-paced, the exploration was slow but really helped enhance the game's fantastic sense of adventure, and the story was quite good. I have some trouble ranking some of these Zelda games, and that's because they're all so good - The Wind Waker is no different in this regard.