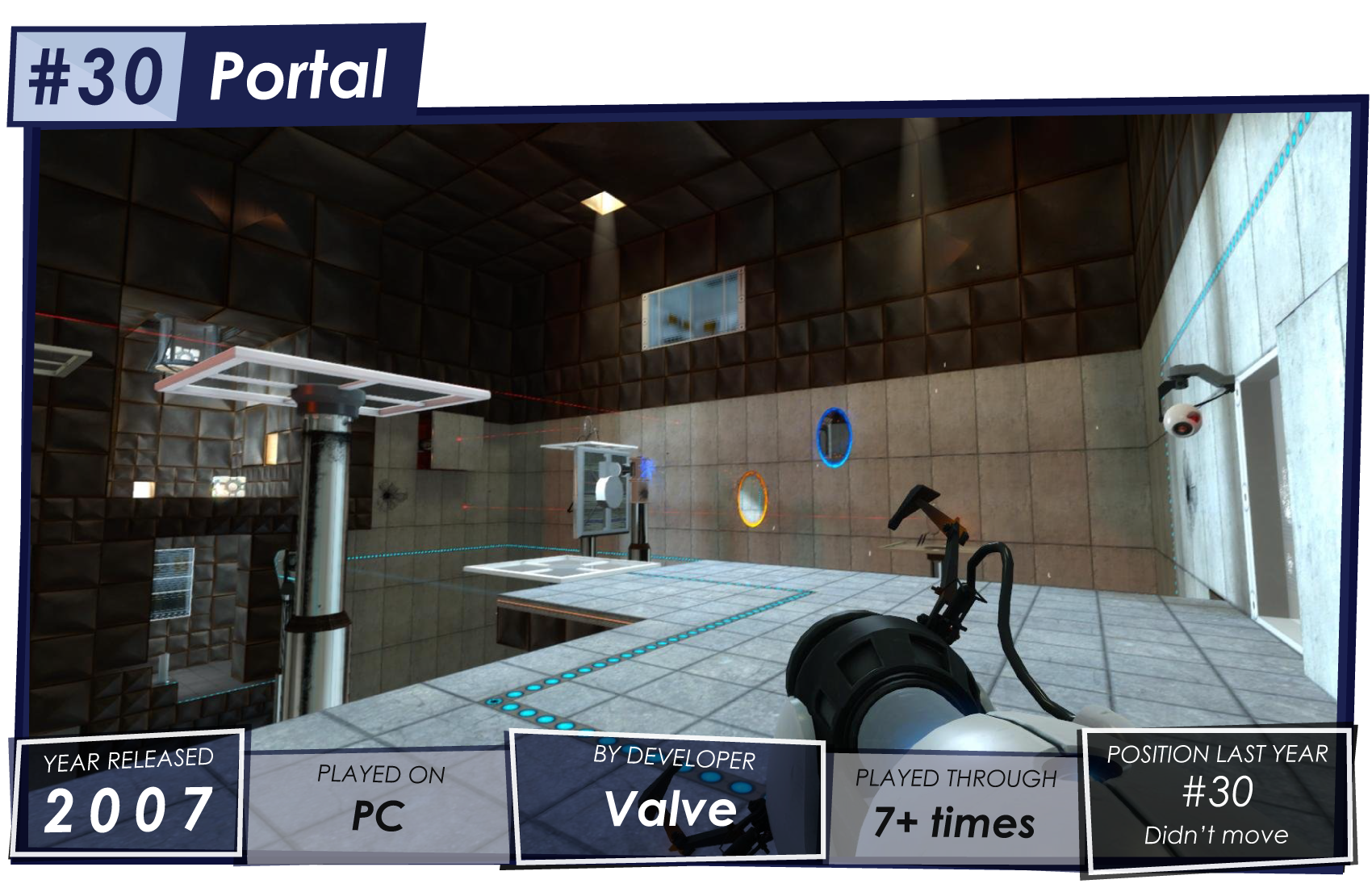 This game is kinda mandatory to have on the list if you've played it. It's so iconic and memorable. 13 years on, it's still so unique too. Other than its sequel, nothing else has been made with a concept similar to this - at most, you have games that employ portals as a minor mechanic, but nothing took the idea nearly as far as Portal did. The only bad thing I can say about this game is that, when looking at it in hindsight nowadays, it feels like too much of the game is a tutorial, especially compared to its sequel. That isn't really a negative, though, as the concept was so complex that it was probably a good call to ease players into it slowly. The good things, well, it's everything else. A must-play, honestly.