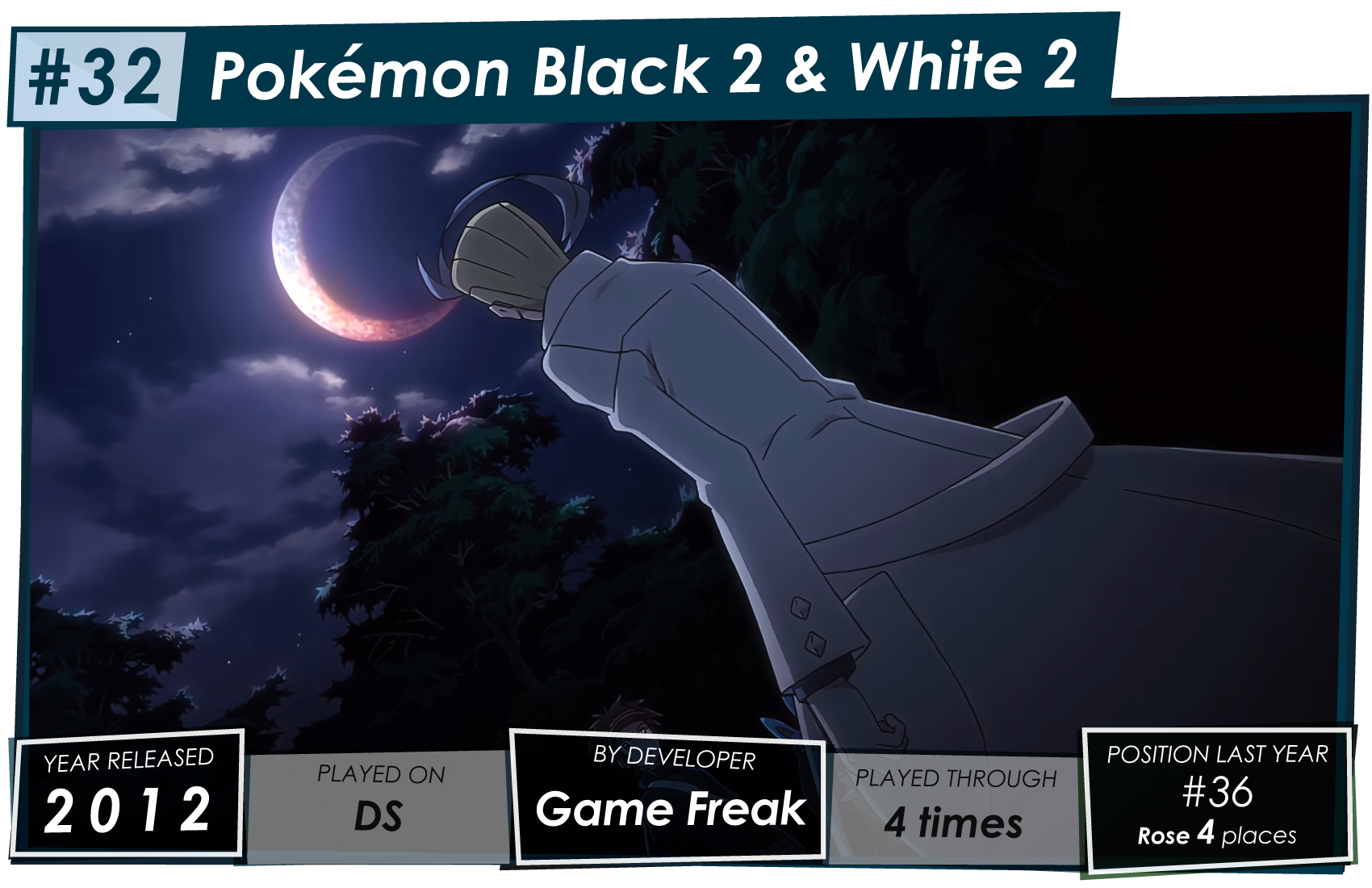 The last great Pokémon game in the eyes of many, probably in large part due to the massive amount of post-game content, something all later entries in the series lacked. There's so much stuff to do here, it feels nearly endless, and endless Pokémon is never a bad thing. This is also the only time we got a proper sequel in the series, and it was really cool to get something like that given how good the story in this generation was, although the narrative here is a considerable step down from its predecessor. It does a good job continuing the plot in a way that feels natural, which is always a good thing to say about a sequel, but it doesn't really push into any new territory like the previous one did, and ends up feeling a lot more generic in the process. It's still one of the better stories in the franchise, but that's not really a high bar. Still, it's more Pokémon and it's more gen 5. It's got great characters, great music, great gameplay, and loads of content. Couldn't really ask for more.