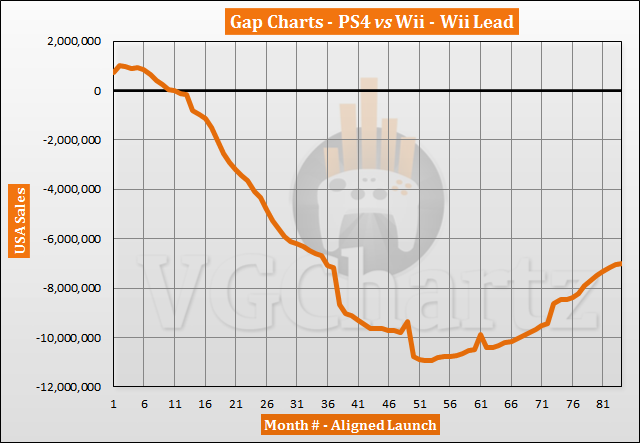 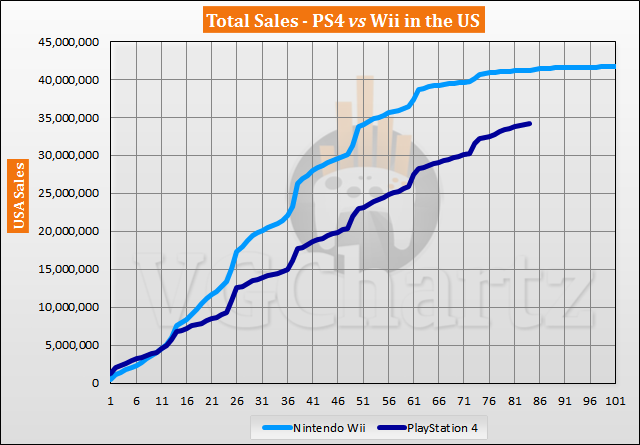 The Wii sold units 41.70 million lifetime in the US, therefore the PlayStation 4 needs to sell another 7.52 million units to catch up to the lifetime sales of the Wii.