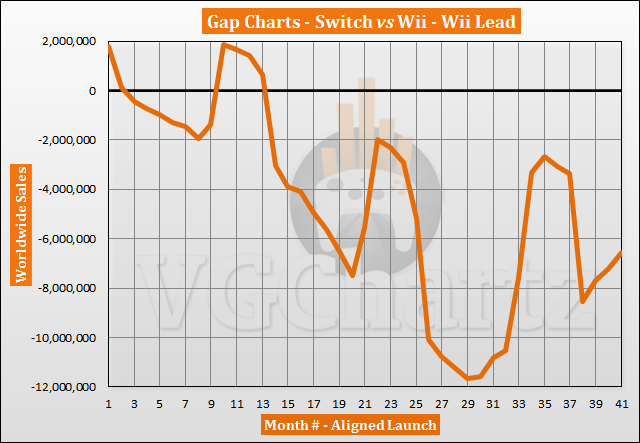 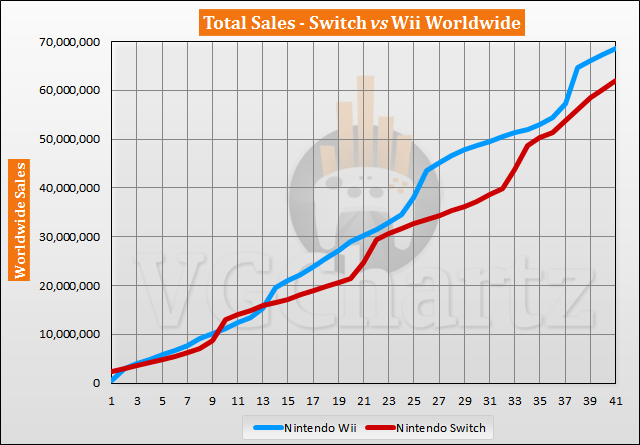 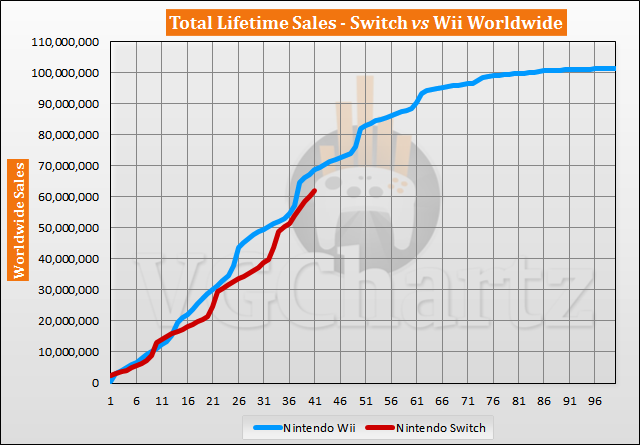 July 2020 is the 41st month that the Nintendo Switch has been available for. During the latest month, the Switch closed the gap by 630,818 units when you align the launches of the two consoles. In the last 12 months the Switch has outsold the Wii by 5.09 million units. The Wii is currently ahead of the Switch by 6.57 million units.

The Wii sold 101.63 million units worldwide during its lifetime. The Switch needs to sell another 39.55 million units to outsell the Wii.