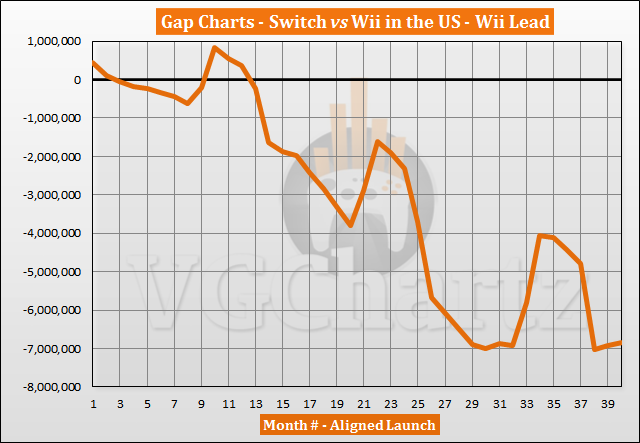 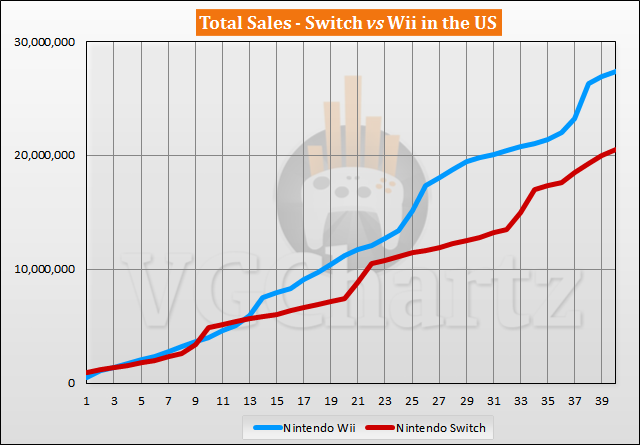 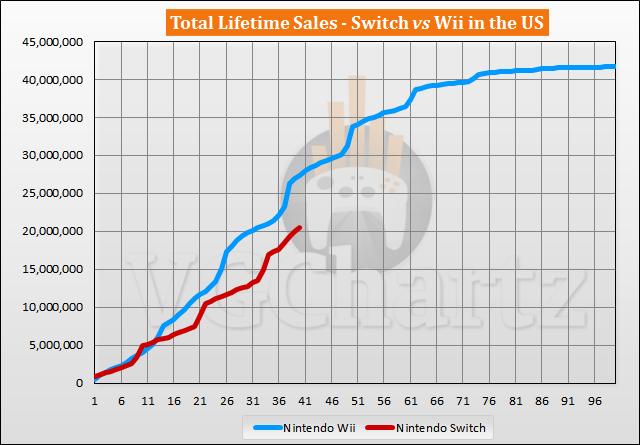 June 2020 is the 40th month that the Nintendo Switch has been available for in the US. During the latest month, the Switch closed the gap by 71,816 units when you align the launches of it with the Wii. In the last 12 months the Wii has outsold the Switch by 360,789 units. The Wii is currently ahead of the Switch by 6.85 million units.

The 40th month for the Nintendo Switch is June 2020 and for the Wii it is February 2010. The Switch has sold 20.52 million units, while the Wii sold 27.37 million units during the same timeframe.

The Wii sold 41.70 million units in the US during its lifetime. The Switch needs to sell another 21.18 million units to outsell the Wii.