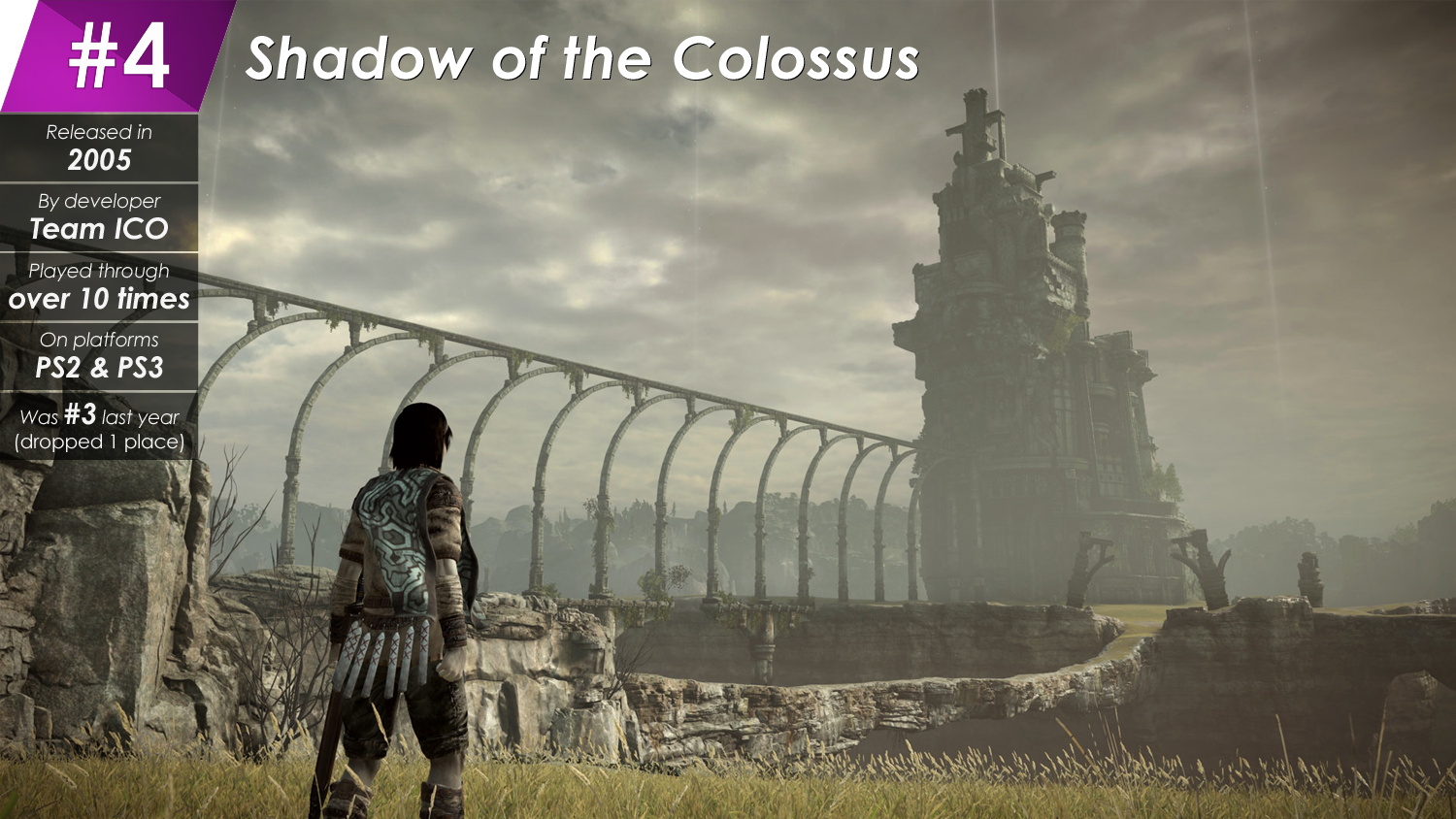 An experience unlike any other. Shadow of the Colossus isn't the kind of game you play for its gameplay or bosses or story, specifically - it's the sum of its parts that create a work of art that feels unique and wildly different to anything else out there. More importantly, it's a game that very much goes against what the medium is used to - there's no checklist of collectables to obtain, no sidequests to waste your time in, no game-y obstacles ever blocking your path requiring you to obtain item X or power-up Y. No, this game is set on being a work of art first and foremost, it couldn't care less about what the rest of the industry was doing. And in doing so, it's a really refreshing experience.

Of course, it's not for everyone. Many people don't find this game too special exactly because it "lacks" all that extra stuff, because it's nothing more than a simple boss rush. For what the game is trying to do, however, any more content would only serve to bloat the experience rather than enhancing it... Judging it on its own merits, Shadow of the Colossus is basically perfect.

I really do hope I get to play the PS4 remake someday, it looks gorgeous. But, back in its time and on the hardware it was on, there was nothing grander. A timeless classic.