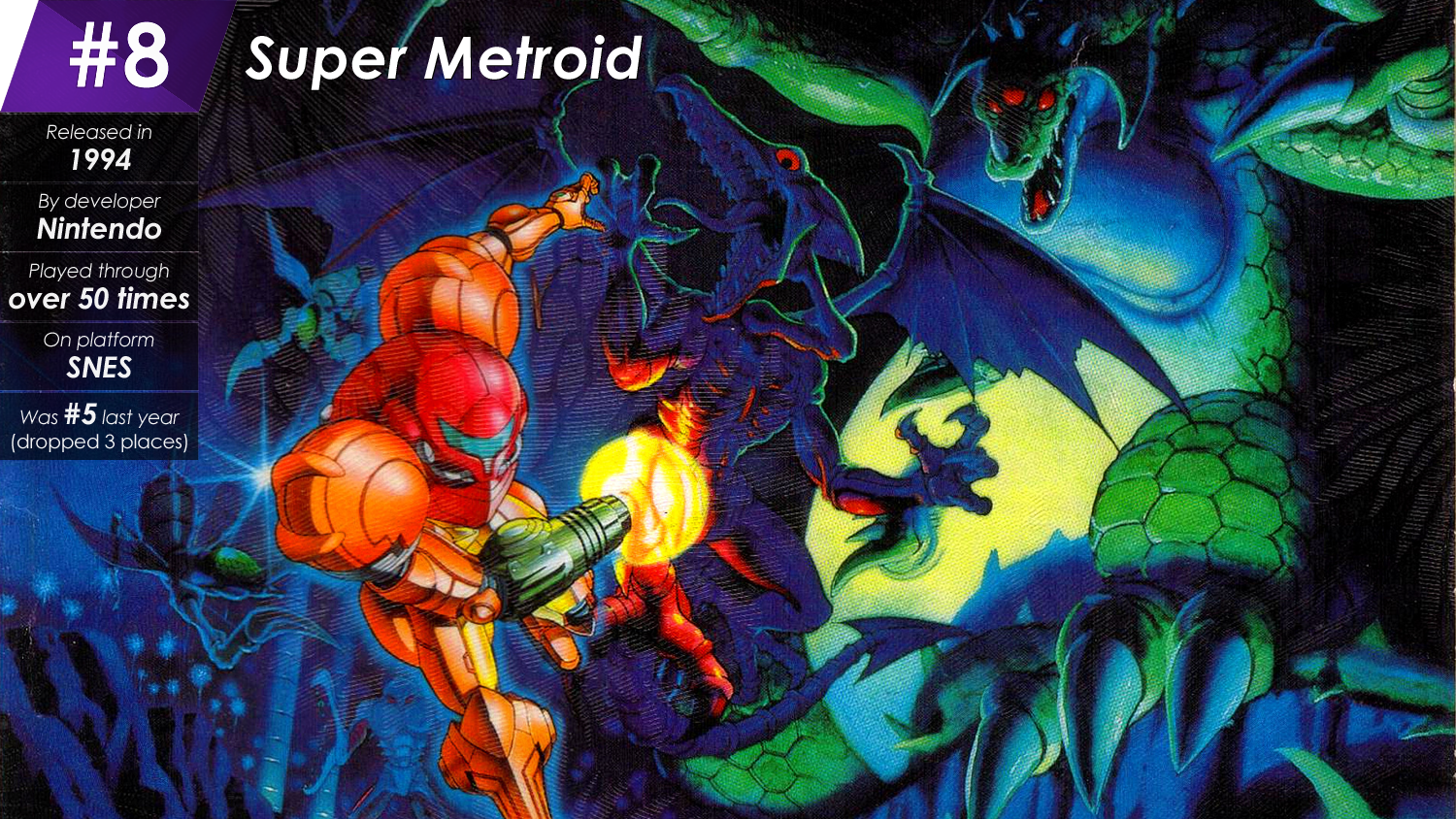 This game... ooh, boy. Where do you even begin. Super Metroid is a masterpiece of... everything. It just kicks ass, all of it, from start to finish, every little bit. Kick ass soundtrack, kick ass graphics, kick ass atmosphere, kick ass level design, kick ass bosses, kick ass controls, kick ass gameplay, kick ass power-ups, kick ass story. That's a whole lot of ass kicking, I know, and you know too, because everyone knows this game is the shit.

I've played this countless times, to the point where I've gotten pretty decent-ish at speedrunning it (still aiming for that sub-1h goal, I'll get there someday), and yet, I still have vivid memories of my first playthrough, well over 5 years ago now. I remember how I felt landing on Zebes and feeling immediately immersed. I remember getting several power-ups out of order because I knew how to walljump and was already abusing it. I remember fighting Crocomire and freaking out when he came back as a skeleton, only for nothing to happen - I remember the tension I had everytime I revisited that room, expecting something to happen. I remember getting stuck at the Maridia bridge, and eventually giving up and looking it up online. I remember almost giving up on the game after dying to Draygon several times, but eventually made it. I remember beating the game and thinking "it was fine, but like, not the best thing ever" - then I was replaying it the day after and realizing how good the whole thing is.

And now here I am, speedrunning it and stuff, knowing the whole place like the back of my hand (no problem getting 100% on this in a few hours without looking anything up), and it just doesn't get old. It really just doesn't. There's a reason a whole genre was spawned out of this game, and it's because it's pure awesome.