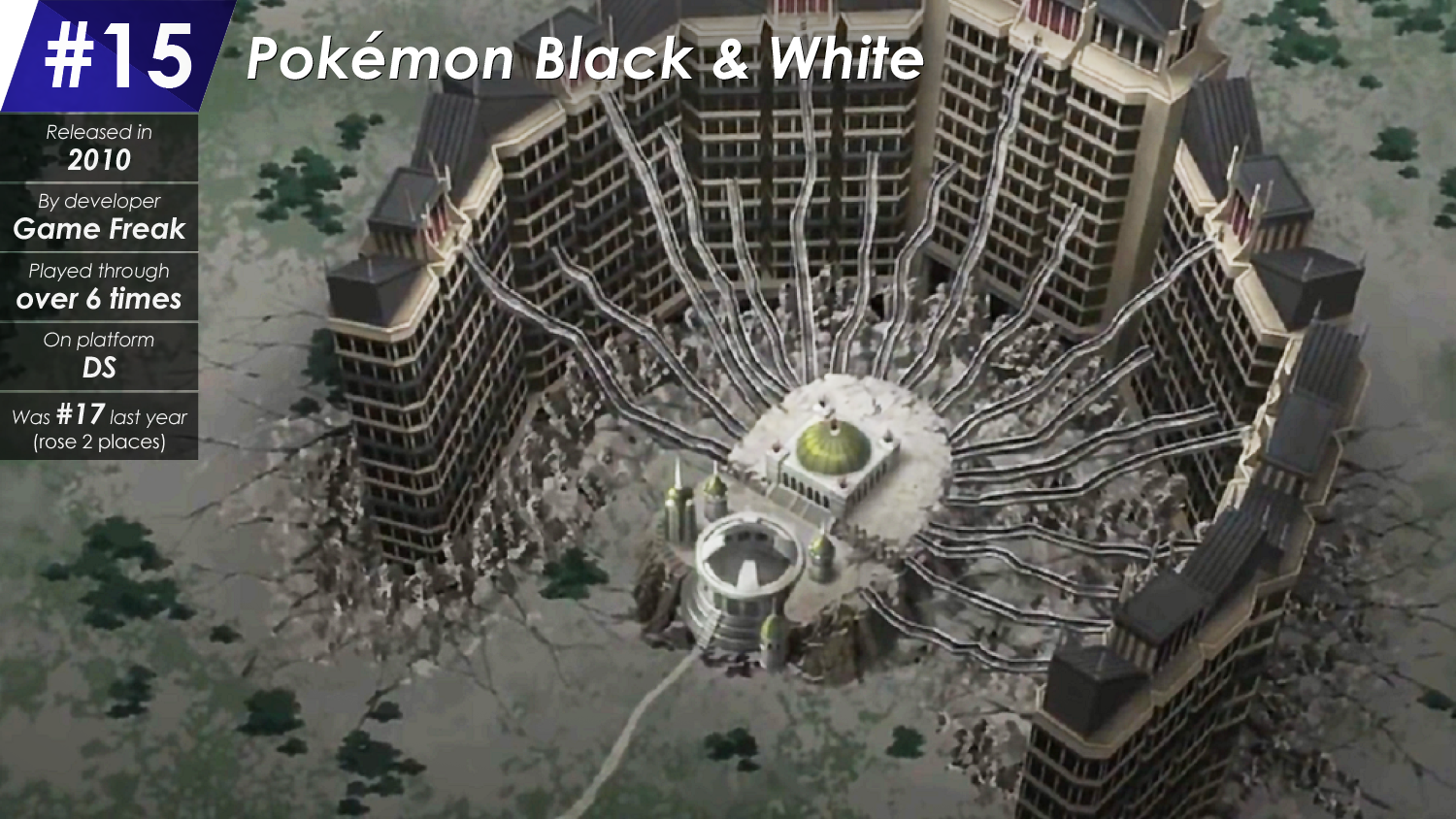 The only Pokémon game that knew how to break the stagnant formula of the series in all the right ways. It's sad how the newer entries keep experimenting with silly gimmicks and shallow mechanics in an attempt to "innovate", because Black & White has been around for a while and it should've always been the standard on how to shake up the game while still remaining very true to what everyone likes about it. At its core, this is your average Pokémon game - you go around collecting creatures, fighting trainers and rivals, there's an evil team, 8 gym leaders, a league at the end, and all that stuff. But where it differed was in how it was the first game in the series to be heavily story-focused, and that's an approach that could've backfired horribly (case in point: Sun & Moon), but because the story here was actually interesting, with fleshed out characters whose relationships develop over the course of the adventure, it works. And man, it really works. By the end of the game, you actually care about what's going on, and it's impossible not to get emotionally invested. This isn't the deepest story in gaming by any means, but it is amazing by Pokémon standards, and it took the series' narrative aspect into a new level of quality that was, unfortunately, never replicated.