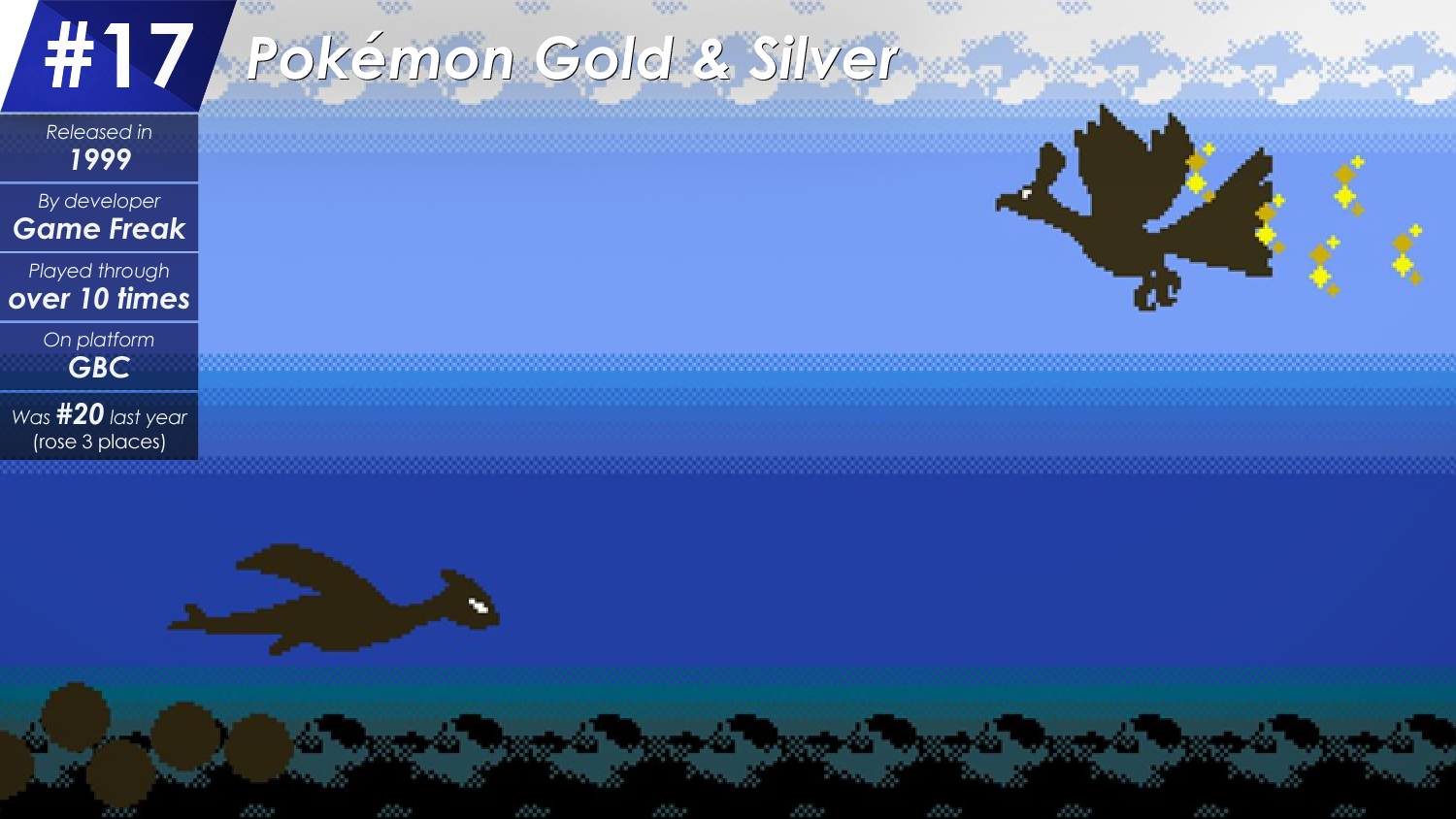 The quintessential Pokémon game. Gold & Silver perfected just about everything there was to perfect to the series, nailing every aspect of the core gameplay while retaining the charming simplicity of the original games - that near total lack of willingness to tell a story, allowing the player to explore the world in a way that, even if entirely linear, still felt like a very personal journey; the way the combat mechanics were fixed, and slightly expanded with held items, but still kept very basic with mostly just quality of life improvements; how it was content with building only on top of Red & Blue's world and creatures, creating an experience that felt more like an extension and perfection of the first games rather than trying to be its own thing. I'm not trying to say every Pokémon game should've tried to be more like this, because I'm glad for the changes the series went through since (though they have lost their way lately), but for what it was, Gold & Silver is absolutely timeless and will forever hold a special place in my heart.