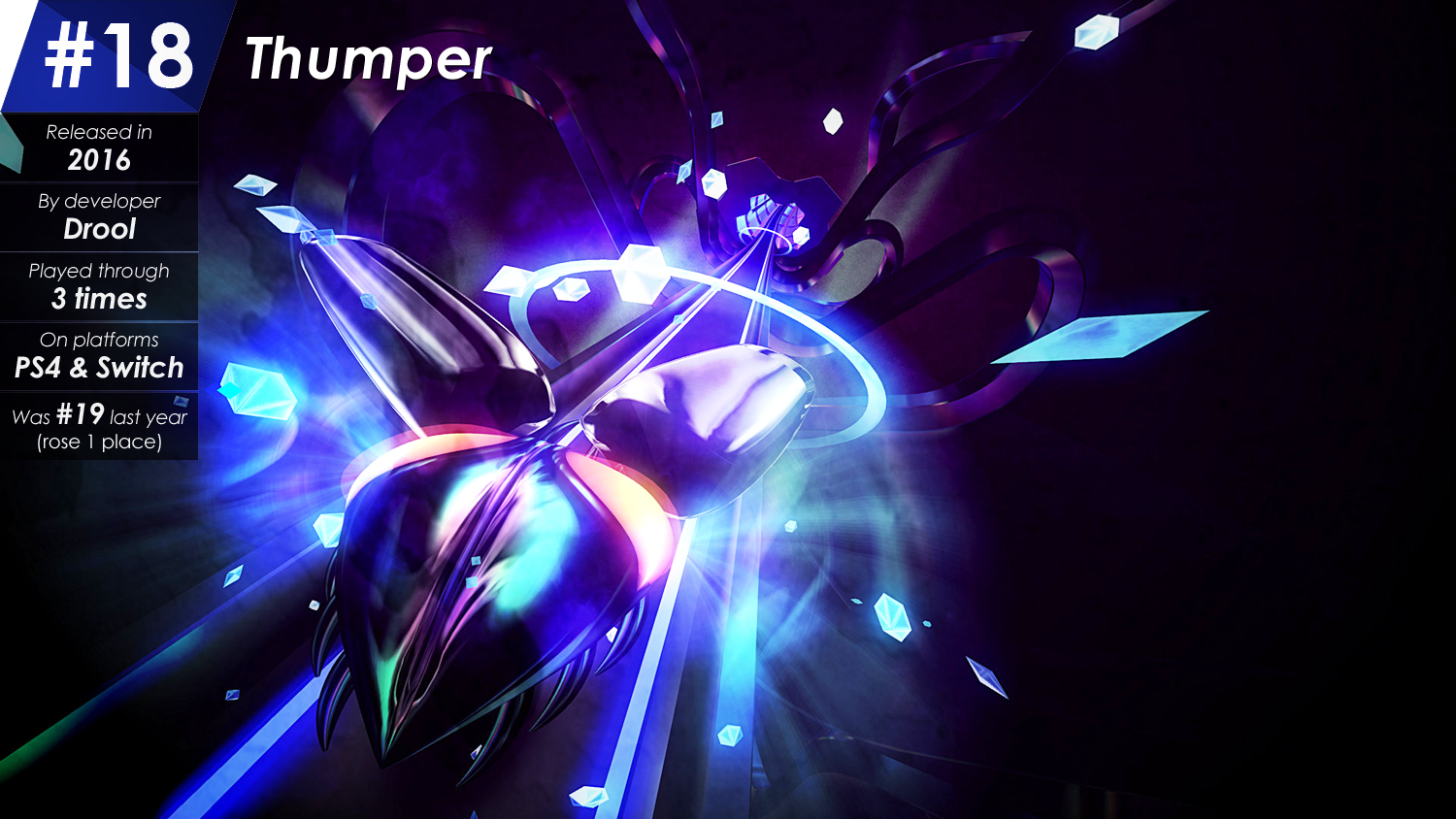 This game rose up over 20 spots in last year's list, and I thought at the time maybe it was a bit much, but nah. Thumper rocks.

Having first played through it in VR, which was a crazy experience to say the least, I bought it on Switch and have played it a bunch since. This year, however, is when I finally took the time to git gud and start going for the really hard stuff here - I got S rank in every stage, and then went on to the Play+ mode, where I have so far finished the first 5 levels - and man, this game does get hard, really hard, but it almost never does it in a cheap way (almost, because Level 6 is a load of bullshit), and it always feels very rewarding to conquer it. I've talked plenty about it in a review I wrote last year, but essentially, this game's biggest success is in how it makes your victories, big or small, always feel rewarding. And when I say big or small, I really mean it - it feels great to tear through a whole stage getting rank S, but it also feels great to nail just a single section down, and on an even smaller scale, it just feels great to overcome any single obstacle. There's this feedback in the gameplay, this something, that makes every little thing you do feel incredibly satisfying. As a rhythm game, then, it's a resounding success. So, yeah. Thumper rocks.