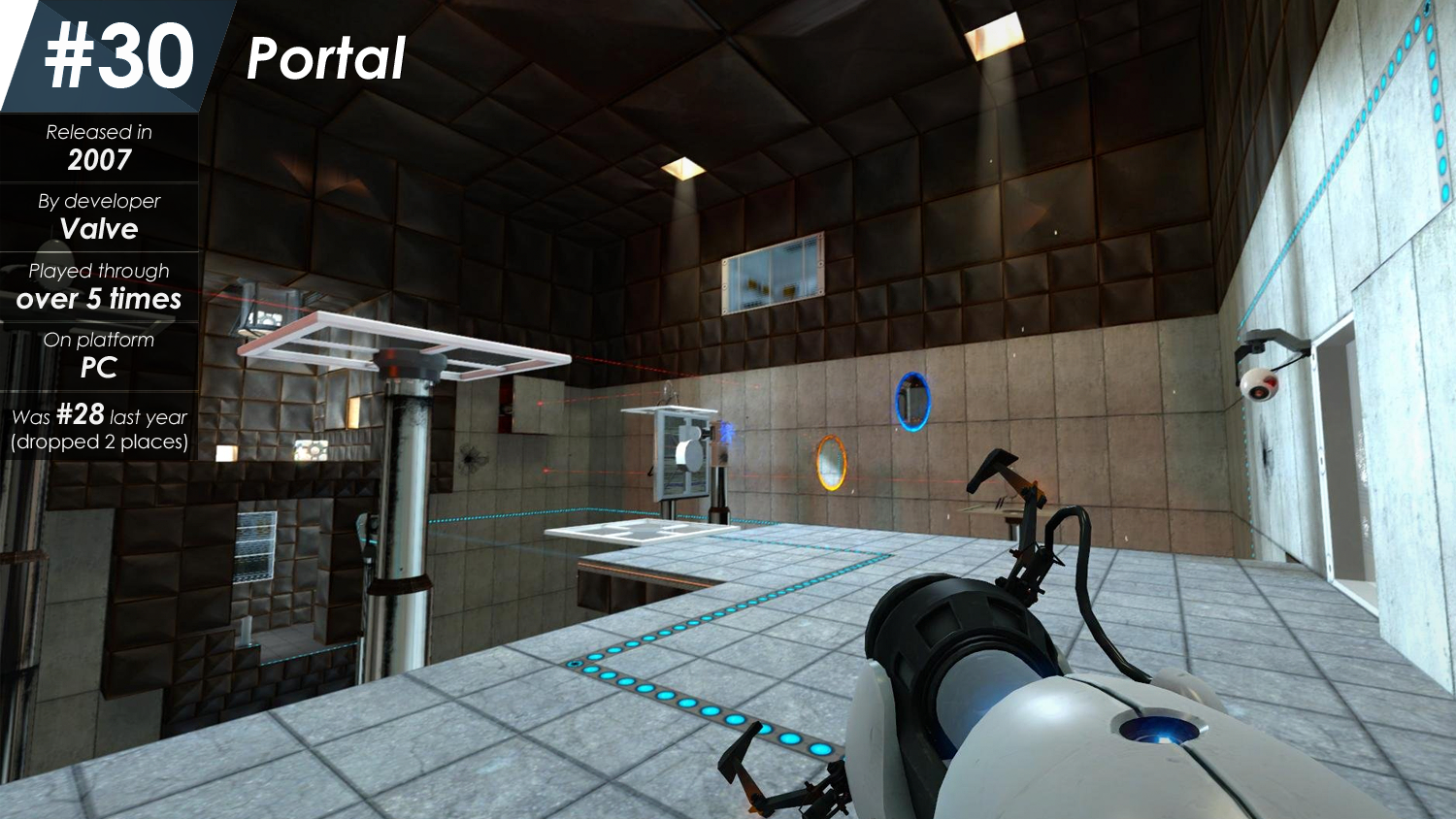 The little puzzle game you beat in just a few hours and think to yourself at the end "damn, that shit was good". Portal was pretty mindblowing in its time, and still is to anyone who hasn't played the series - but in this day and age, when placed next to its bigger sequel, this one feels more like a tech demo than a proper fleshed out experience. The fact that it takes about half the game for the player to acquire the double portal gun makes this feel like big tutorial for anyone who's played enough of it, but to be fair, in the first playthrough that lengthy tutorial is quite necessary for the player to grasp what's going on. For as small-scale as this was, though, the final levels are quite deep and interesting, and the game is pretty iconic too.