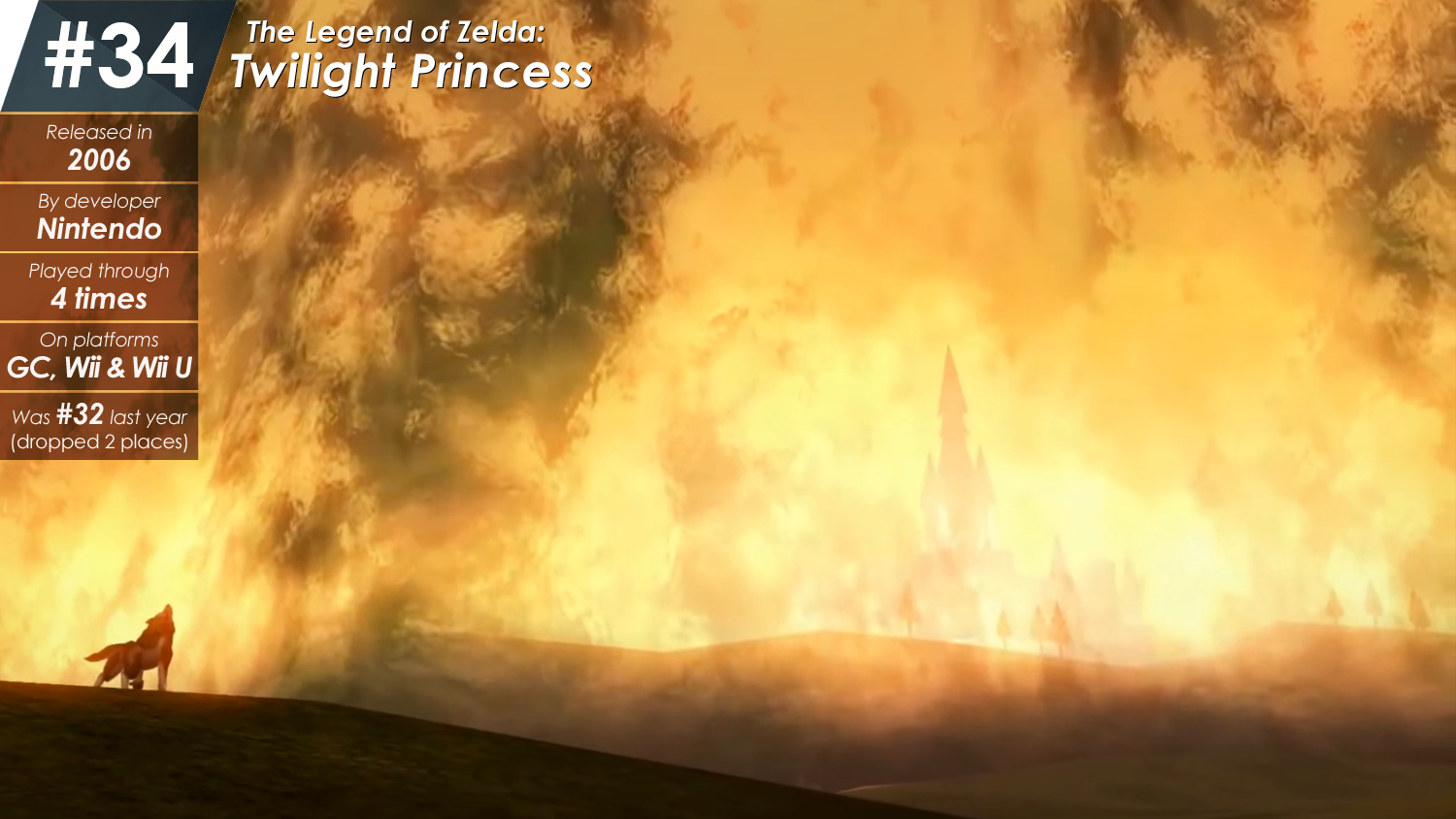 Guessed by @Flilix and @Hiku

Twilight Princess wasn't originally going to happen, but was made because Nintendo of America told the Japanese developers that it's what western fans wanted. As a purist myself, I very much believe that art can only come from within, and in this game you can easily tell it didn't. There's a tremendous lack of personality throughout this game, the look and feel of it all emanating a generic edgy vibe that was clearly done just for fanservice. The story is quite generic, and the characters are largely unrelatable; the visuals are occasionally stunning, but usually boring and haven't aged well; the soundtrack could've been fantastic, but didn't get the orchestral treatment and instead was made on some horribly outdated soundfonts; the gameplay is extremely formulaic. It's amazing, then, that such an uninspired game is still so much fun and has so much good stuff about it, but that's how Zelda is - those games really do have different standards. Twilight Princess is definitely a great game, in spite of its many shortcomings.