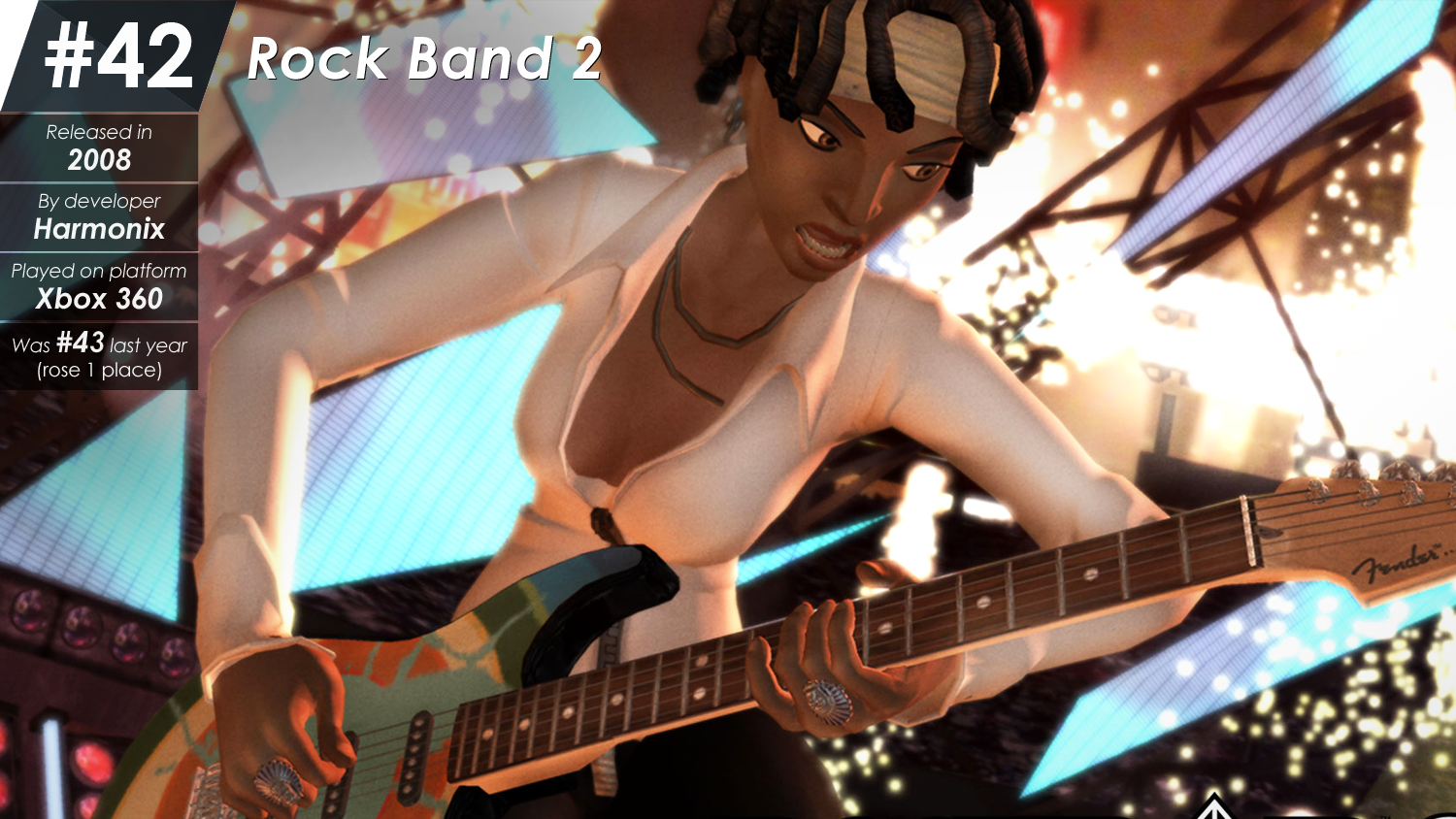 For a time in my teenage years, there was nothing more in gaming than picking up a plastic guitar and "playing" some rock music. The plastic instrument fad was one that 100% got to me, and I relished in it - Guitar Hero was the perfect go-to game for being a tryhard plastic guitar player, and trying to nail those ridiculously hard songs. Rock Band, however, was where I made memories with friends. There was no party without Rock Band 2 in the living room, regardless of who was invited - everyone always wanted to join in, in any of the instruments available, because it was just so damn fun. It's also the only rhythm game I played online regularly, because of a certain issue I talked about earlier, but in a way the limited time I had with it made it even more special in hindsight.