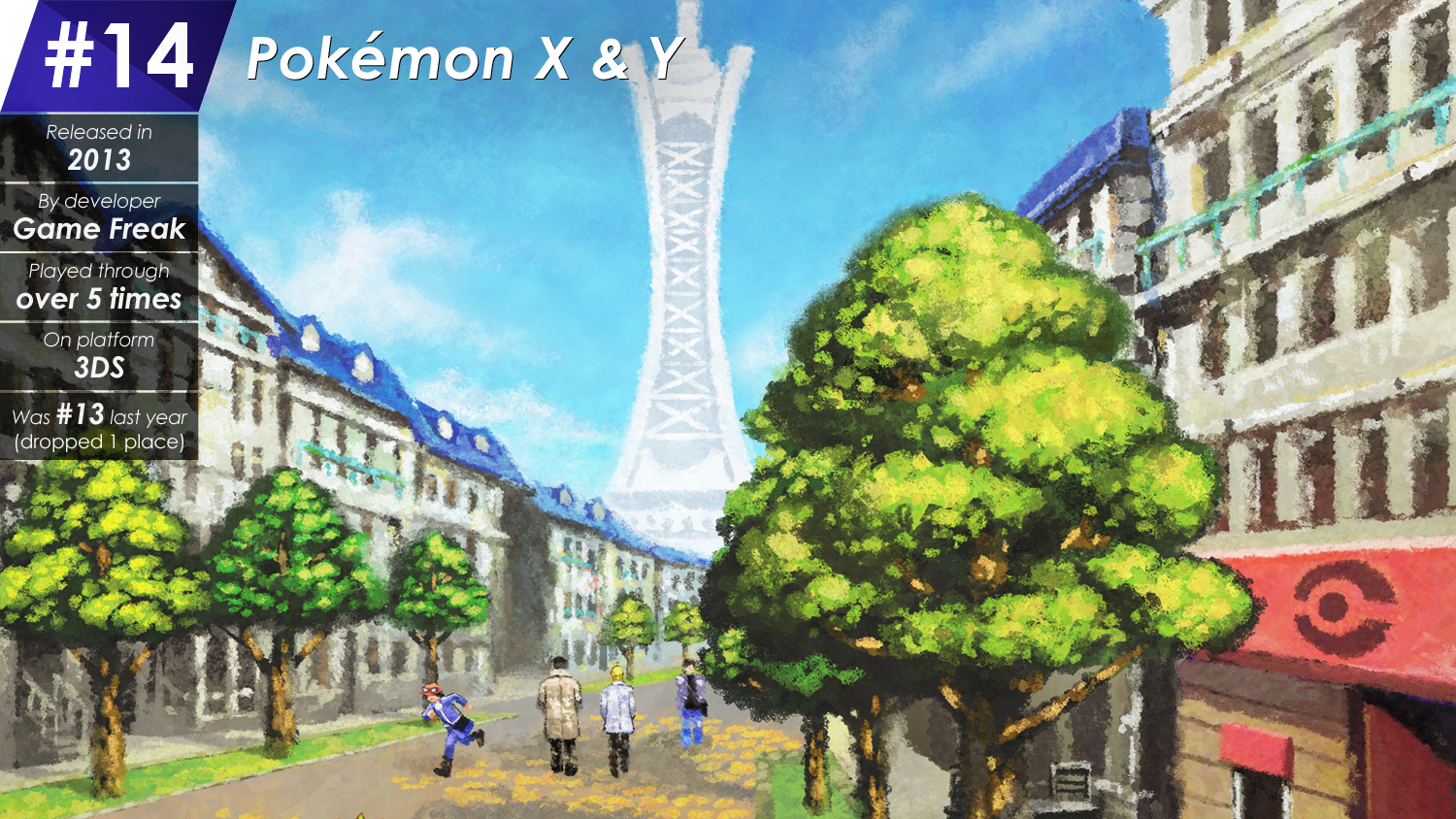 I know I said earlier that Black & White are arguably the best Pokémon games, but X & Y are absolutely my favorites. There's just nothing I don't love about these, they were by far the most special games in this franchise to me, from the moment they were announced all the way to the end of my near 700-hour playtime or whatever number it was. I remember thinking about it nearly every day for the entirety of 2013, counting down the days, and sprinting into the store as it opened up on the morning of October 12th to make sure I got a copy (crazy to think we had an actual day 1 release in Brazil, that sure doesn't happen nowadays)... and then holding off on playing it all the way until I got back home because I wanted to enjoy it as much as possible. I also remember being forced to play it in segments because my 3DS charger was fucked up and could only charge it (very slowly) while in sleep mode or turned off. Well, I guess it just meant it was that much more special when I was actually playing it.

Anyway, this one absolutely lived to the hype in my eyes. Kalos is my favorite Pokémon region, it's just so beautiful everywhere; the 72 new Pokémon, while few, are very easily my favorite roster, including three of my favorites ever and a plethora of other really cool ones; the soundtrack is easily the best in the franchise and one of my favorites in gaming, it's just so nostalgic and has amazing songs everywhere, especially the battle themes; the story, while very simple and straightforward, was well told and had some very special moments; and the post-game, which many would call out for having little content, was the best I've experienced in the franchise, simply because of how much it streamlined the process of building competitive teams and finding people to battle with. It didn't matter that there wasn't more offline content for me to do, because I was having so much fun going online and battling people all the time (not that I normally cared much for the post-game in Pokémon to begin with). If anything, the only flaw I had with X & Y was that they were too easy, even when played with Exp. Share off (which I did).

Back then, when Kiseki played in the credits, I didn't quite realize that was Junichi Masuda's farewell as the director of the Pokémon franchise... It just makes it that more impactful, knowing the disaster that followed. But let's not get into that here.