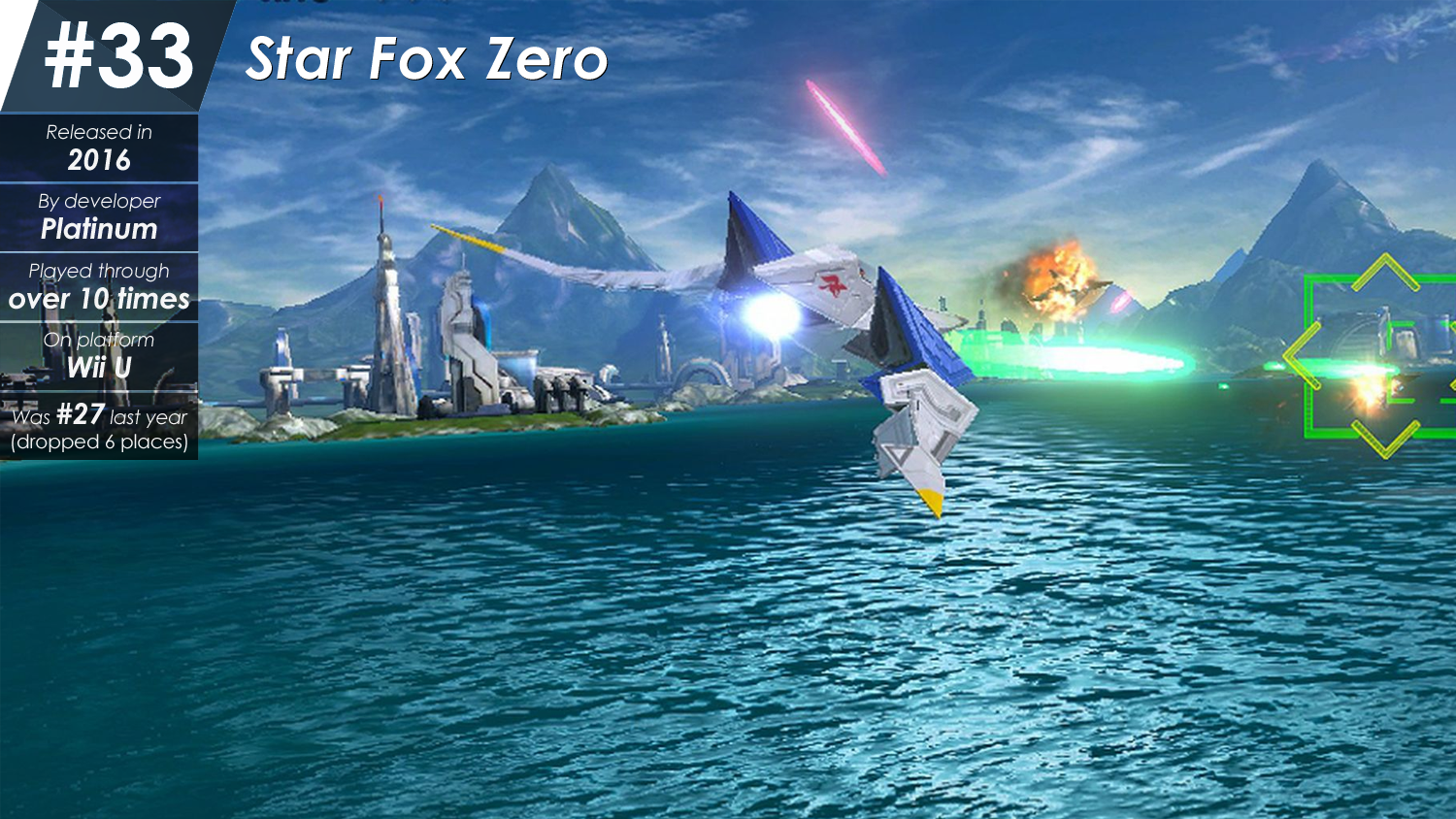 Why yes, it's Star Fox Zero! The crappiest game ever made by mankind, right? But it's also quite good... well, a little good. Sometimes.

I'm not gonna lie, this game has its issues. However, I do think people focus too much hate on the controls, which, while far from great, are something you can get used to. Of course, they don't add much to the gameplay even when you do learn them, raising the question of why bringing up a gimmick that adds nothing to the experience, but if I can learn the controls and look past them, they're not a problem in the long term. Nah, the biggest issue with this game is its brutal, severe lack of content - its replayability is quite awful for a Star Fox game, with a bunch of half-assed "bonus levels" and medals clearly tacked on to the game just to pretend it has anything meaningful to do besides its initial 4-hour campaign. Besides, it's unbelievable that, for a 2016 arcade shooter, it doesn't feature a proper leaderboard system at all (not even offline!), despite having by far the best scoring system in the franchise.

Yeah, I guess this game does deserve a lot of the hate it gets. However, it deserves a lot more credit than it gets for the things it does right. The soundtrack is great, possibly my favorite in the Star Fox series. Some levels (particularly the Corneria, Sector Omega and Venom ones) were actually breathtaking. The artstyle, while not the best-looking in-game due to the need to render two screens at the same time, was very good and gave us some great character designs that would later be reused in Starlink and Super Smash Bros. Ultimate. And in fact, as a retelling of the original game's story, this game actually laid the groundwork for what Star Fox, as an IP, is supposed to be going forward - no more soulless voice acting, no more dinosaurs, no more Krystal, no weird-ass furry relationships - it's all about the characters we know and love, with the classic voices we know and love, and new designs that are actually faithful to what these characters are supposed to be. Star Fox Zero, to me, was the game that officially put 2000's Star Fox to bed, and I can only be thankful for that. Ultimately, though, the reason it still ranks this high was because of how much I enjoyed that initial 4-hour experience - that one night was an absolute blast I'll never forget.