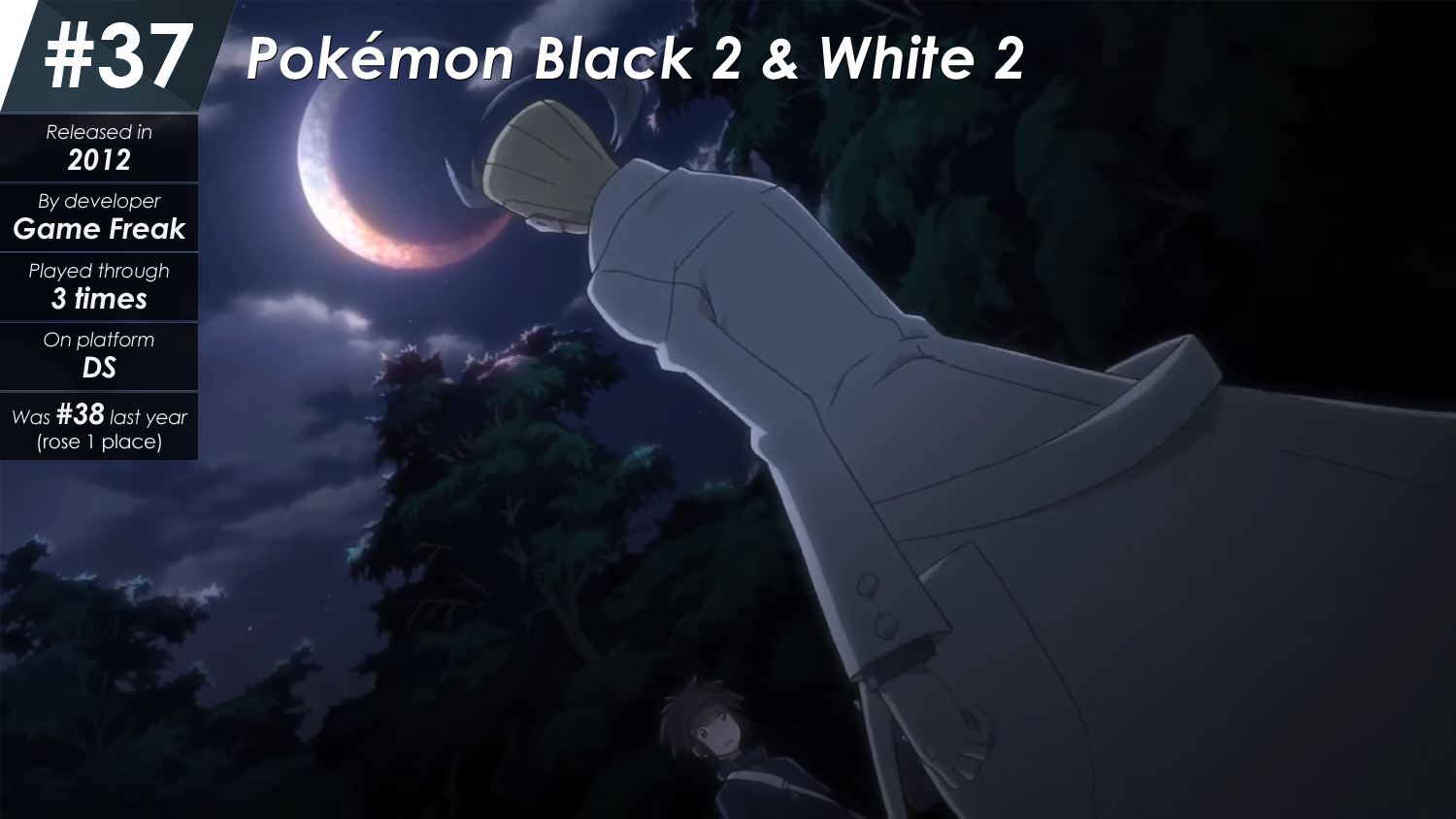 You know, I was pretty skeptical when this game was announced. It being a direct sequel, having some weird fusion Pokémon, it all kinda threw me off and made me think maybe Black & White was just gonna be an outliar (I hadn't enjoyed the 4th generation Pokémon games)... but then THIS came out and suddenly all my fears went away. Years on, I can say that trailer is still better than the actual game, but it's just because the trailer is so good - Black 2 & White 2 were amazing, and maybe if you look at them objectively you could say they are the best Pokémon games ever, for the sheer ridiculous amount (and quality) of content. They were however, a step down from their predecessors in terms of story (though they were still a very satisfactory conclusion to it), and as such I didn't quite hold them in as high regard. Still, there was too much to love - the PWT, the super-lengthy post-game, the insanity of Neo Team Plasma, Colress, ah... yeah, it was awesome.