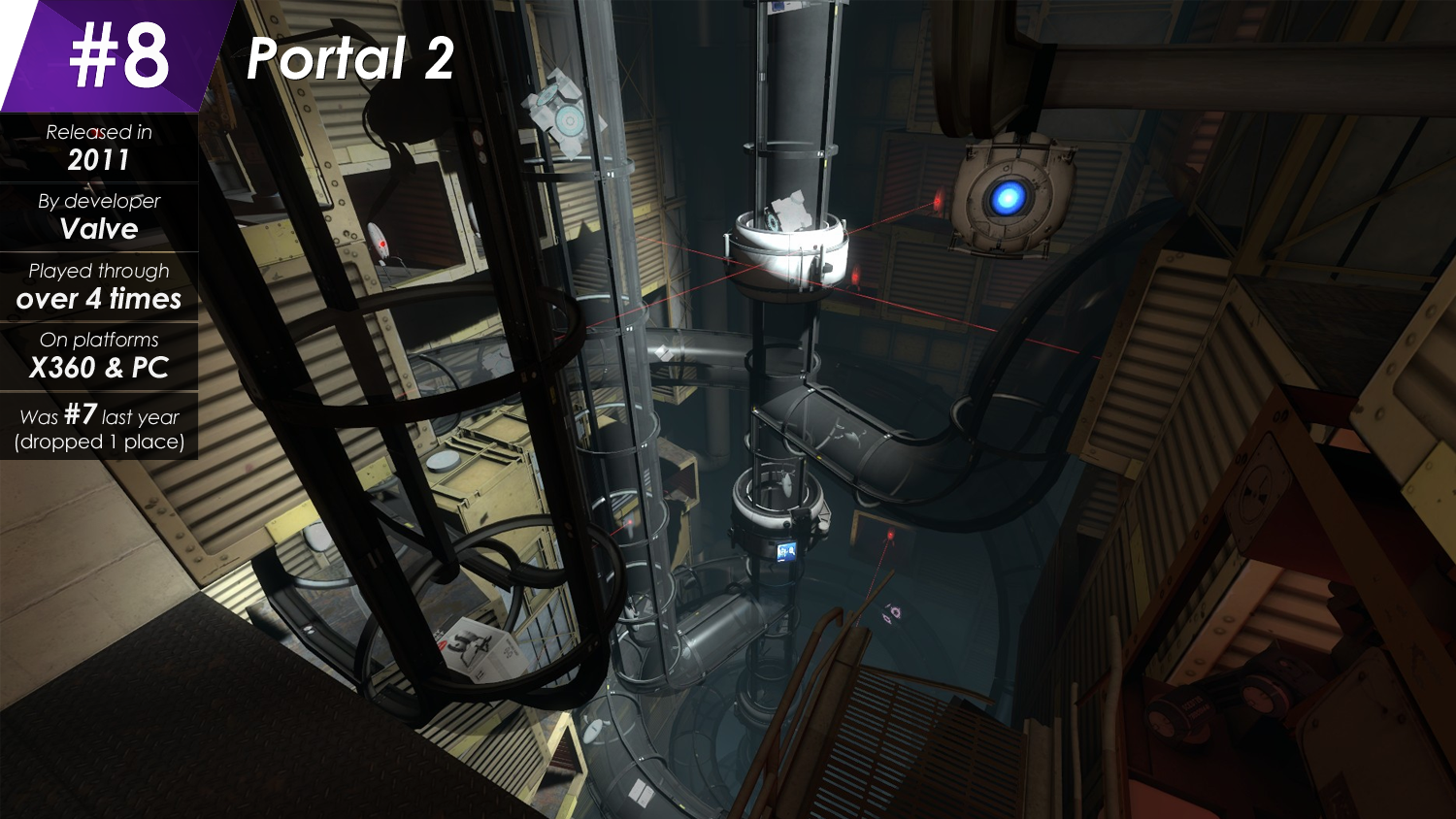 If Portal 1 was a somewhat novel, innovative game, Portal 2 is just a proper masterpiece. This time, you're thrown into the action straight away, acquiring the double Portal gun quite early on, and from then the game just throws creative levels one after another at you, as well as cool twists along the line - it's one of those where, just when you're starting to think it might be getting a little stale and repetitive, it breaks your expectations and goes in a completely opposite direction. While the plot might not be the most unpredictable, it works, and because of that it allows this game to be far lengthier than its predecessor without getting too long for its own good, and by the end it's just breathtaking. As if the main campaign wasn't enough, though, they were also bothered to make one hell of an awesome co-op campaign, and also a really cool level editor (custom Portal levels? Yes please). Everything just went right with this game.