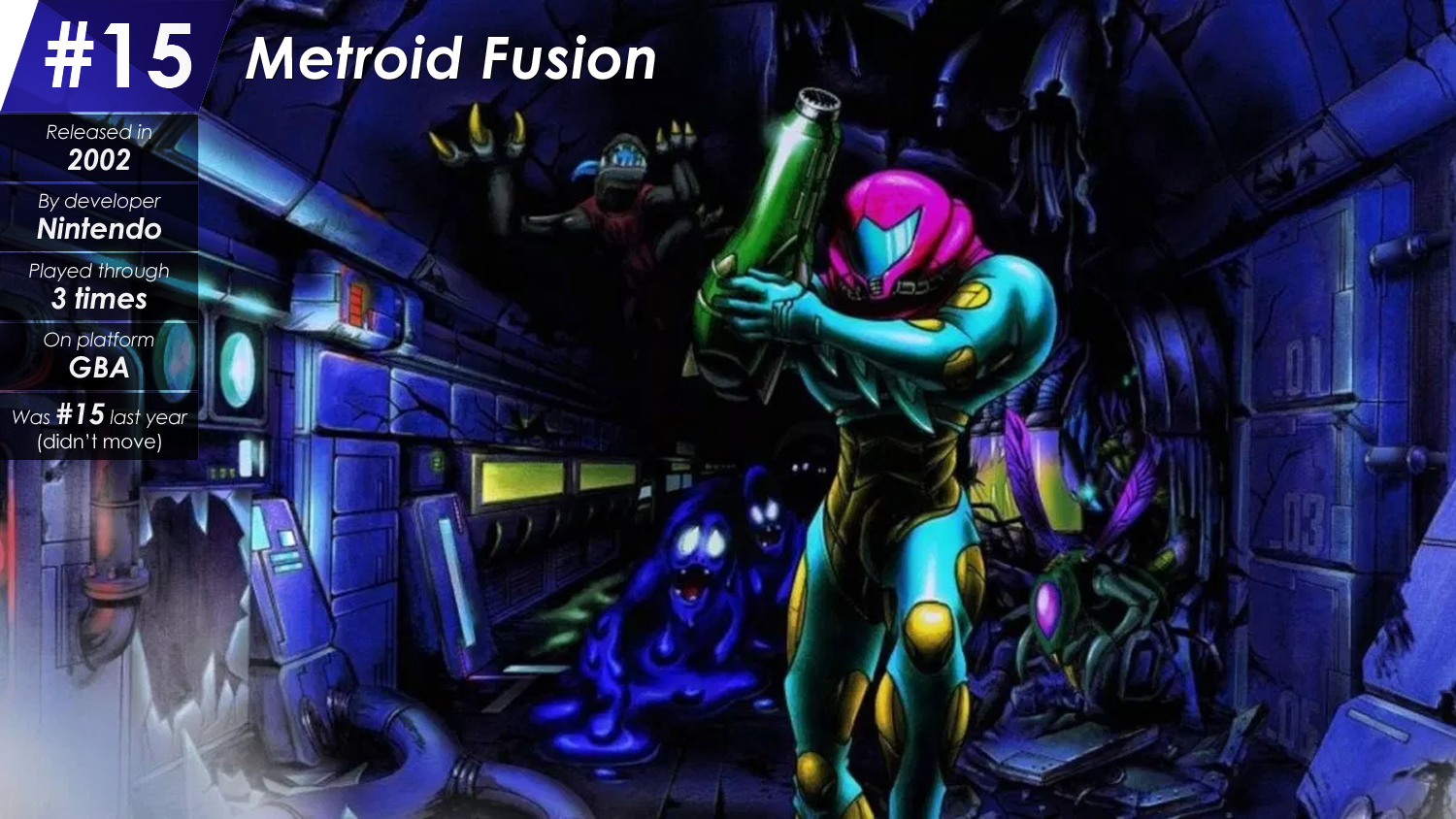 So, how do you follow up one of the greatest, most acclaimed games of all time, and one fans have been eager to see a sequel to for nothing shorter than 8 years? I think the natural thing to do is to play it safe and make a sequel that plays by the same rules only with slightly different twists or something...

But no - enter Metroid Fusion, the game that dared. It dared to be not only different from the masterpiece it followed, but to actually go completely against what made it so great and shatter everyone's expectations along the way. You thought you were getting just another regular Metroid game? Well bam, Samus almost dies in the opening cutscene. Want to explore at your own pace and stuff? Nope, here's a computer that'll give you strict orders to follow throughout the game and even send you back if you dare try to sequence-break... all of those things and more are why this game should have probably sucked, but in the end they're actually the reason it's so awesome! It dared to be different, to be its own thing, and to constantly toy with the player through a wonderful story-driven roller-coaster ride they were never expecting to be hit with.