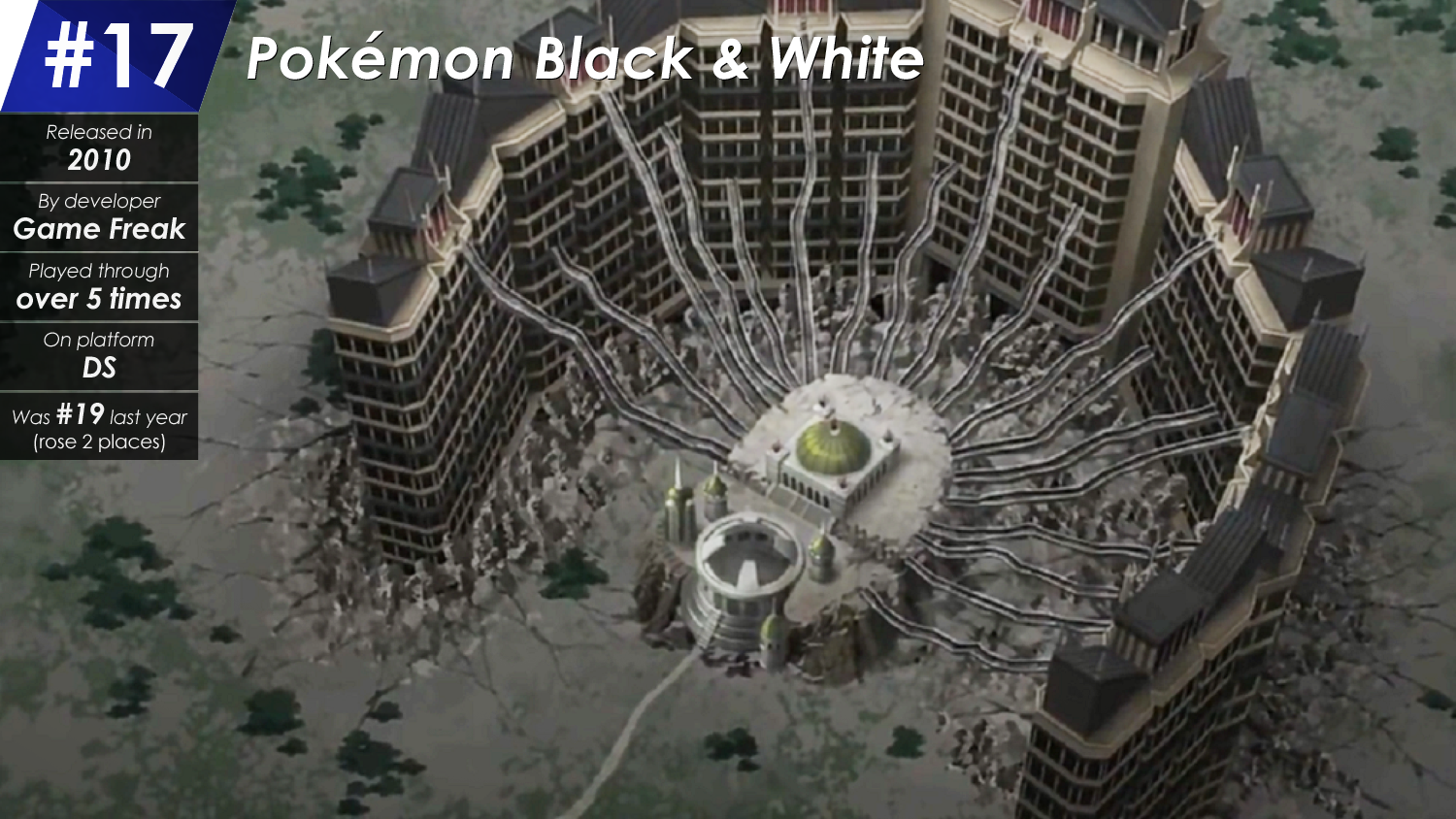 This game was a proper surprise. I went into it expecting a rather low-quality effort (not a big fan of the 4th generation, I was in quite a fall out with Pokémon at the time (just as I am now)), but was instead treated to arguably the best game the franchise's had to date, and it got there exactly by being so unique and different from what had come before (and sadly, after).

Nothing about Black & White felt like what I had come to expect from Pokémon. No Pokémon from previous games returned (except for post-game stuff), so I was always curious as to what I would find next. There was a genuine sense of difficulty, and I struggled on several gyms, but it never felt unfair or just a result of me not grinding enough, which was too often the case in the 3rd and 4th generation games. But most importantly, this was the Pokémon game that delivered a proper awesome story, with actually interesting and well developed characters - it just kept me on my toes the whole way through, always anticipating what was about to happen next and which turns the story would take or what each character was actually up to... and ultimately, it was just incredibly successful. That ending, man, it hit home really hard. Even if the next couple of games after this were still great, it was sad to see them returning to the old formula - and let's not even get into what happened when they tried breaking it again.