I've only recently gotten into the Castlevania series with the Rondo of Blood remake on PSP and Symphony of the Night, both of which rock. Oh, and the original NES one on the VC. Now I actually need to beat those, then maybe I can treat myself to a DS one.

Sounds like you are already playing the cream of the crop... but Castlevania II on NES is also very good, but if you insist on going the DS route, I thought Order of Ecclesia was the best of the 3 DS titles.

After watching so much AVGN, I'm not sure if I could ever take Castlevania II: Simon's Quest seriously. Hehe. I'll probably get CIII for the NES, on VC next, actually, as I've heard it used a custom sound card on the cartridge to get even better music. Castlevania music always seems to be really awesome.

1. Dawn of Sorrow (DS)
2. Portrait of Ruin (DS)
3. Symphony of the Night (Saturn) Yes, the extra areas make it just that much better!

Least favorite was tough, until I remembered about one Castlevania game: Judgment (Wii). I want my real Castlevania back, thanks. None of this fighting crap.

What is AVGN? Castlevania 3 is one of the most difficult of the series. I still have yet to beat it! >:[

Was the Saturn SOTN a Japan only release? Also, does anyone know if there is a Windows version of Castlevania: Dracula X? I have heard rumors of one, but outside of emulation, was there really a Windows .exe version?

By the way,  Judgement does not count as a Castlevania game. I should have mentioned that spinoffs into other genres do not count in the OP. That would be like saying your favorite Megaman game is Marvel vs Capcom. I mean yeah he is in it, but it is not part of the main series.

i think castlevania 1 is harder 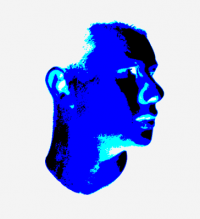 I think those are the only I've played. I'm really looking forward to the new one though, Kojima ftw.

Edit: oh wait, I have Castlevania 64 but I haven't played it too much.

In order, yes, SOTN for Saturn was Japan only. It was released after the PSX version, which baffles me. To top it off, there are signs of one of the areas entrances in the PS1 version, going so far as to supposedly have a save point if you could glitch it to go down there. (I've not attempted this myself, so I can't verify it.)

Next, I assume you mean Dracula X: Chi no Rondo? That 'X' seems to be rather annoying for finding titles, but either way, I'm not aware of any of the X line getting an official PC port. Closest would be the PCE, but... that isn't quite what you need.

Lastly... hmm.. if Judgment doesn't count, how about... hmm... I don't really dislike any of the Castlevania games. I guess it would be Adventure (GB), since the control on that felt sluggish. If for some reason that's a spinoff (which I would disagree with calling it such), then it would be Castlevania 1 for the same reason.