How many of you in the US connect to PSN without a router?

Forums - Sony Discussion - How many of you in the US connect to PSN without a router? 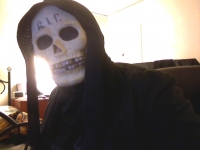 When I had a 360, I also had trouble getting it to work online. Then I called support and found out all I needed to do was manually enter the physical address on the 360, but that's not something you can change on a PS3.

It seems like connecting to PSN without a router isn't very common. Does the quality of a router affect your ping? If I was to get a ps3 and a router to go online, I'd want a cheap one that does just what I want it to do without lots of extra unneeded features for more $$$.

Also, are there ISP's in the US that are better suited for gaming? I wouldn't mind getting DSL from another ISP besides Verizon if it'd help at all. It'd be really nice to change to an ISP that won't require me to buy a router for PSN.

Gettin a PS3 to work online is starting to seem like a big hassle, but some of the main things that attract me are LBC and Resistance 2's 60+ players online.

Well I called up Verizon today and found out I may or may not be eligible to get a free router from them. One of their current deals is $20 a month for high speed internet, but were paying $30 for somethin faster, so I'm gonna call them again tommorrow since we got our internet up and running ages ago

It says the router being offered is 3 Mbps or higher speeds. Is 3 Mbps decent? I have no clue about anything when it comes to routers - I've never had to use one =/

You should have no problems connecting PS3 without a router.  You can just plug it straight into the modem and it works instantly.  Some models of router will actually create problems for both PS3 and 360.  I run my PS3 through a router, and to optimize it I opened a few ports in the router and set my PS3 to have priority access to them.

3 Mb/s is probably faster than you're actually going to get from your ISP, so that should be plenty.  Most routers can handle a lot more than that though, so seems like its maybe an older model.  If you don't need a router, don't buy one.

A 1.5 Mbps service is usually sufficient for gaming.

PS3 does allow you to manually configure the internet connection. You can assign IP's etc. I setup the Linksys router per different online instructions. I couldn't get my PS3 to stay connected when playing Rockstar Games. All other games were fine though. Now I have it hooked up as I described above and its been working flawless.

Yes you can plug your PS3 directing into you modem as you would your PC. If you have more than one item you want on your internet connection at the same time you will want a hub, router or both.