They can but why not make them fix them? Do you know who you are? Get a hat and look in the mirror really quick and ask yourself that question

The MLD internet persona that you created has to be the strongest pro Xbox persona on this site, Neogaf and all of youtube right now. I've sat and watched you support and back MS through some of the toughest times When a majority stopped believing. You've even revived some people who gave up on Xbox at some points. I remember a few years back, you were like the only Xbox guy who thought that 360 still had a chance to end in 2nd atleast before the all the 8th consoles were out. Honestly, what you thought wasn't too far off because ps3 has only just now caught up to it. You still believed in Xbox when everybody else gave up on it.

You are a known strong supporter of the Xbox brand. I know DAMN WELL that some people at MS know who GeneralMLD from youtube is.

Do you know how much more weight the stuff you say could potentially sway MS off these paths?

If somebody like you made a video expressing that you didn't like some of the things that MS might be doing then there would be more of a chance that they would reconsider. A lot of people would listen to you, MLD

MS is probably in too deep at this point to turn back though but who knows.

That means nothing if they are deciding to be  former MS customers going else where. I think my ownership of both of MS consoles puts me ahead of the majority of 360 owners that never owned the original xbox. I am also seeing ton and tons of dissatisfaction from 360 owners on GAF which was not present when Sony revealed the PS4. Well let's hope that E3 doesn't make any different, so less people buys them the better for the gaming industry 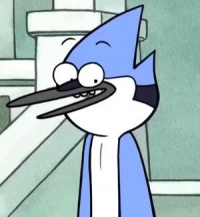 You even called Microsoft SATANISTS for pete's sake. What the hell? Hahaha that was really good man. I think their will be a lot of ppl who are done with Xbox after this debacle. If Sony had a  conference like that I would be willing to jump ship too. But wait till after e3. sorry but I can't take you serious. You sound like this one hour totally changed your mind about everything. Just calm down for a second and wait till E3, or even better till the release....

I'm also a 360 owner, and not sure about which console to purchase next. But I'm not gonna make my decision 6 month before the new consoles are even out yet, with almost no information about games.

Your analogy is stupid, it assumes that things could go back to how they were, after the rough patch, you cant patch out microsofts hardware direction, you cant patch out their arrogance, and you can't patch indie developers opinions no matter how many games you show at e3, and even if they do a 180 on attitude towards indies, theyre not just going to say 'oh okay then youre forgiven' (psst can you see wiiu fans liking ea just based on a few more games?)

a more realistic analogy for xbox fans is, you had a long relationship with her, despite your commitment, even when she kissed your brother while drunk (kinect) you stuck with ber because the sex was good (halo4) but its just come to light that she not only fucked your best friend (tv)  but has promised your best friend that a piece of her heart will always belong to him (hardware design focusing on tv), leaving you with a girlfriend who is less focused on you and wants tp spread herself thin.

so in essence if you stick with xbox you're into threesomes with another guy where you have to please him and your girlfriend sexually at the same time, or continue on with her and pretend you dont know shes cheating (carry on pretending everythings okay and it'll all be fine) or dump the bitch and date the cute neighbour who used to be annouyung as fuck but is now pretty awesome (ps4)