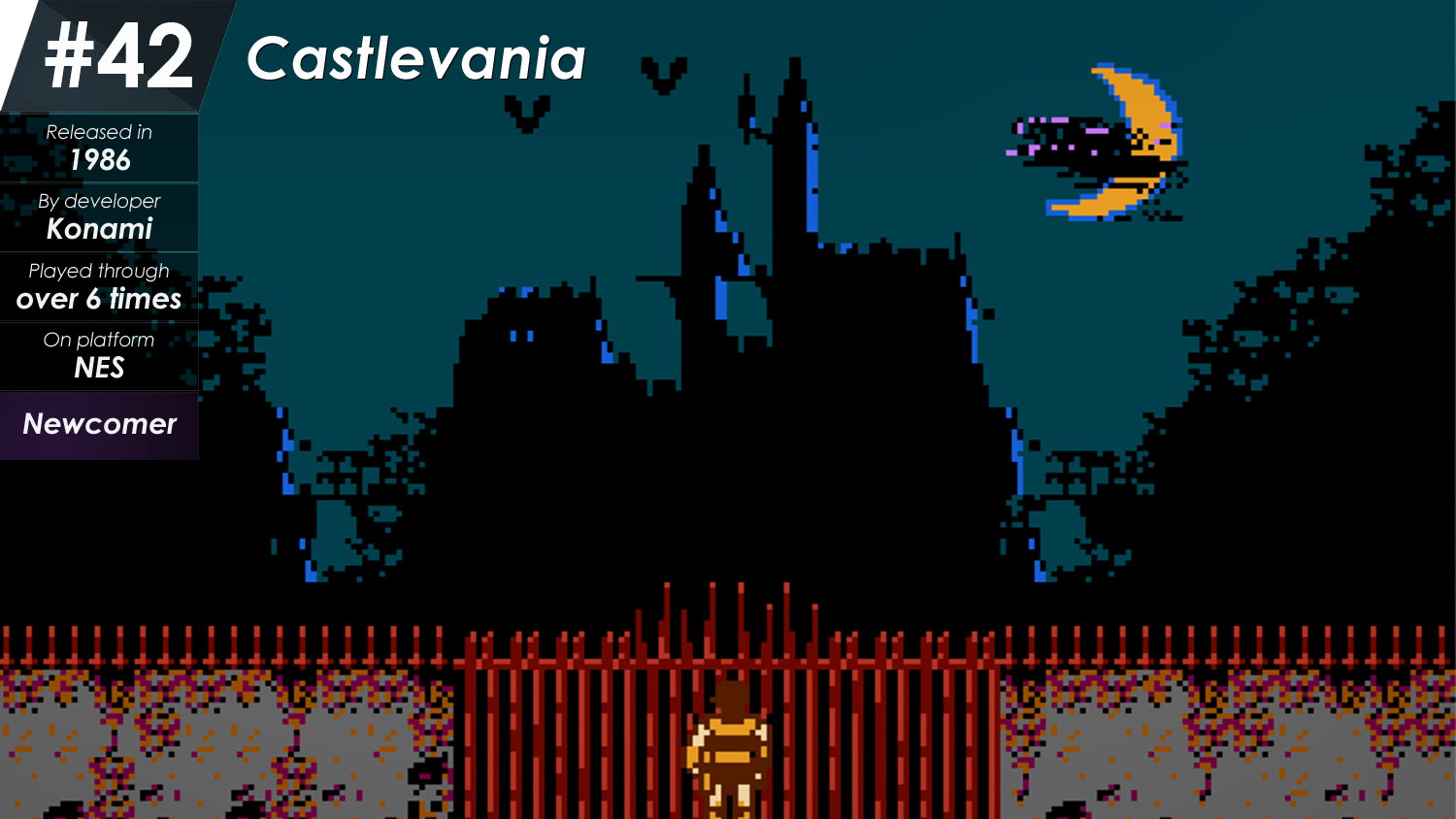 "You know, maybe it's about time I got into Castlevania! I guess I can start with the original game, but since it's a NES title, it's probably gonna be really crazy difficult and weird to control, so I'll probably just give up after a while and move to some newer entry."
- mZuzek's mind circa January 2018

Oh boy, I had no idea what I was getting myself into. The first Castlevania is some game. Despite being a 1986 NES game, it's got all the atmosphere you'd expect from this franchise already, and even though the controls are stiff, they are so in a way that feels deliberate. You're not meant to control Simon with ease, because you're supposed to have limited movement and limited options so that every step you walk, every attack you make and especially every jump you take is a decision you must commit to. This is classic combat platforming, if every option available to you was Ganondorf's Warlock Punch - that is to say, you can and you will die for making rash choices here. Ultimately, it's a game about strategy more than anything else, and that's the beauty of it.

I wasn't wrong in thinking it was gonna be crazy difficult and weird to control, because it was, but it did so in such a good way. Unusually so for games of its era, this one had me hooked from the get go and I began to feel an urge to go all the way and beat it no matter how tough it got. Even during the painful times on that brutally unfair water level, and the frustrating times on that insanely hard Death level, there was something about Castlevania that just kept me going - it was how every single time I died, I could understand how and why it happened, and how to avoid it the next time. But more than anything, it was probably how getting a game over surprisingly didn't send me all the way back to the start of the game (I can't express how happy I was when that happened!).

So yeah, getting into Castlevania was a blast. I haven't played loads of its games yet, but I did play a few of the traditional linear platformer ones, and despite all the quality content the others have to offer, none have quite toppled this as the best one to me.