I really hope, that in some crazy way, Nintendo will strike gold with the Cafe, not likely from the executive statements they are making, but I really hope they remain successful. I never want to go back to the PS2 dark ages, never ever.

PS2 days were good times. You had a PS2, you had every game imaginable, the exception being Mario. 3rd Party support was just ginormous.

The PS2 era was only good if you were a PS2 gamer.

Sega fans lost their favourite console maker and most of their creative talent.

PC gaming declined from the beyond awesome nineties.

The only bright spot if you were not into Playstation was the rise of the Xbox, but that console was just a Playstation with less third parties.

God I hate those days. 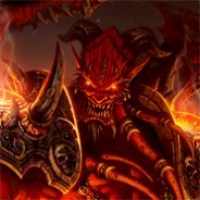 I don't hate most games the average "hardcore" gamers tend to like, but I would've liked to see those egotistical, "the industry must revolve around us" twat-heads put in their place at least for a whole gen.

Indeed. The belief that they would be put in their place someday always brought a smile to my face when watching some of the insanity going on at gaming sites and forums. 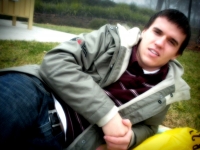 The Wii is fail. Why is this thread brought back again?

Why were you not "into" playstation?  Owning a gamecube plus a playstation would seem perfect for you, you get nintendos games and you get all the third party games.

(EDIT: this got way longer than anticipated, but I summed it up in the end)

I always gamed on a PC/nintendo combo, and more recently old Sega consoles. With sports games and RPGs and my favourite genre, RTS on PC, and platformers and Smash Bros and Mario Kart on N64/Gamecube. I didn't have internet until pretty late, so I had all my multiplayer FPS on N64 as well. Why I got the Sega consoles is because of how much I loved sonic CD on PC, and I wanted more Sonic.

Why I never got into playstation was.... probably kinda complex. I played Tekken 3 on it with my friends as a kid and hated that game, which got me off to a bad start. I guess even though it had some cool games, no game I ever saw made me want a Playstation1 enough to buy it. The 'Mature' Playstation games on the shelves reminded me so much of PC games that I didn't see much difference between the PC experience and the PS experience (remember this was when gamers had to make desicions from box arts). Also, many games I liked on PS, I already had on PC, Rayman, Oddworld, Croc etc.

Part of why I dislike the PS2 is because games I thought looked cool on the PS1 became bad on the PS2, Spyro, Rayman, all became bad on PS2, Crash Bandicoot dissapeared completely, so I have even less reasons to want a PS2. Seeing my friends play games like Devil May Cry and God of War also alienated me from that system, same with Ninja Gaiden and that Matrix game on Xbox, I don't know what that genre is called, but its so boring.

I hope my rambling make a decent answer, but just in case, I'll try to type a short answer:

I usually game on a PC/Nintendo combo. Playstation consoles libraries never felt different enough from the PC library for me to feel like I need to buy one.

Why I consider the PS2 days a dark age is because PS2 was too dominant, it drained support from my gaming habits of choice while simultaniously being uninterresting to me. I never knew how dominant it was then, I just enjoyed my games, but learning about it afterwards has made me bitter.

Damnit, why do I always hit quote when I want to edit :(

Yeah, this thread was brilliant.

The problem with a lot of Rol's more recent threads is that people give away that it's a joke in the first few posts and then no one falls for it.