I feel like i just wasted 30 seconds of my life reading up to xbox 360 version will ship on 120k discs. 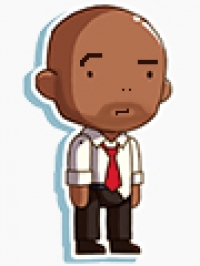 I thought this article was hilarious, as most Jim Sterling's writting. It just riles up fanboys to no end whenever he does something pro-xbox 360, even when the reasons are completely ridiculous...

"The superiority of Achievements over Trophies has become so acknowledged that scientists have actually accepted it as one of the laws of physics. A man I know who says he's a scientist told me this was true, and I choose to believe him"

"I have no idea what Final Fantasy XIII Versus is going to be like, but since I am a gamer, I have the special ability to make judgments about things I've never seen, let alone played. With that in mind, I do declare that Versus will be the worst game ever made and will probably give you tuberculosis"