I agree about Hart, and for all the magic and awesomeness of Ibra's 4th goal, Hart did a massive blunder with his failed attempt at heading the ball to the outside line, leaving the goal wide open. Even if Ibra didn't pull that out, he could have easily scored in any other way as well. Plus, he wasn't his usual confident self when diving to make saves as well.

don't me wrong i mean to take nothing away from big Iba he is a great palyer and put us away,that was amazing timing for the kick

i mean hart was awful all game and has been shaky for a bit now and he is supposed to be one our true best players,he gets a lot of hype,i stil think he wil be good for us,we actually looked alright until about 70mins,we have some decent young and tricky players now like sterling,oxlade chamberlain,wilshere,wellbeck for a change,some young full backs too,whether they can make the grade only time will tell

So Chelsea fires Di Mateo and they get Benitez back..... :S

Reviving for the new season. Transfers are coming in nicely if not a getting a bit silly as there is speculation about where many big players will go when we all know they are going nowhere.

Although bigger news in my opinion is the god awful kits flying off the shelves this year. Umbro no longer doing the kits of many teams means team have been left with only a few kit makers and many have gone for generic Adidas tat instead of well thought out kits.

Compare Swansea's kit last year to this and it's like someone crapped on it and said 'yeah, that'll do'.

Luckily due to their individual colours, only Hull in the PL have decent kits.

Paris Saint Germain got Cavani from Napoli. Ibrahimovic, Pastore and Cavani will make a great forward line together.

So.. Arsenal have made the best signing on the transfer period it seems, thoughts?

Also, England people, what are your thoughts on England team having the same generic 'rubbish' players over and over? And the choice of Barkley given a shot too?

As a saints fan it made me angry that Lambert was passed up for Welbeck all last season, now he's given the opportunity and he shows himself to be worth 6 times what Welbeck is. While in midfield, Milner and Young keep getting called up yet Lallana is just ignored it seems.

Your thoughts ont hem gaining Bale and losing Ozil then? Generally British opinion on La Liga is that it's easier even if it has potential 2 best teams in the world (Bayern Munich being the potential other) than the Premier League, we think he'll succeed but we aren't sure how Bale will fit in. 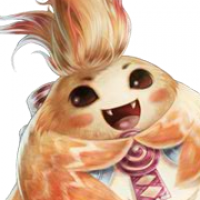 You can add me to the list of VGC football fans for the following clubs :
Bayern Munich, Real Madrid, AC Milan, Celtic Glasgow

There are some others I like a lot, like Boca Juniors, Ajax Amsterdam, FC Porto, Shakhtar Donetsk and Chelsea.

I haven't seen much of Bale aside some Champions League games. I think Real is a good place for him, because they use to attack very fast and like with Ronaldo, their playstyle will fit like hand and glove. On the other hand, I don't really see why they really needed him, as he plays on the exact same position as Ronaldo and have another fast paced winger like Di Maria. I'm assuming Bale will take an important role in the team, otherwise the 100 million euro would be nonsense, so I reallly wonder on which position will he play, where will Ronaldo play and how will they play together.

Özil is a very talented playmaker, his problem by Real was that he never was able to play at a great level with regularity. I think that Real realized that, after buying Isco, Illarramendi and Bale this season, a lot of millions would sit on the bench every day and so they decided to get rid of one of the midfielders.

They got the best offer for Özil, he wasn't very happy because the club rejected a request for a salary increase this summer, and then voila, he went to Arsenal.