Forums - Microsoft Discussion - For those of you buying FFXIII on the 360...

Why? Because in an interview with Itagaki from 2005 that I've pointed out on this site before, he says his team was really knocked out when they discovered the 360 was going to be using dvd as its main disc type (Itakagi thought that it was going to be using HD-DVDs). He further said in this interview that he wanted the bigger disc space because it would let him put more cutscenes that would appeal to Japanese gamers in his games and he said that to put even the two minute High-Definition trailer for DoA 4 from E3 on the 360's dvds in a quality that was acceptable to him that that would take 2 gigs of the discs 9 gig space leaving him far less room than he considered adequate for other parts of the game.

Now, presuming that what Itagaki thinks is a suitable quality for high definition cinemas is roughly the same thing as what Square thinks it is, then you probably have 45 to 60 minutes of hd cinemas in Final Fantasy XIII which according to Itagaki's standards would make the cinemas in FFXIII have to be around 50 gig in size. Let's say the rest of the game only takes up about 10 gigs of space, then you have FFXIII taking up 60 gigs of disc space and close to seven dvd 9s to be at the same quality

So, I really don't know how the two games can be anywhere near identical when you take into consideration what Itagaki said would be the required space to get his two minute cinema at the quality that he wanted it to be in on a dvd 9 when there will probably be 50 minutes of cinema in FFXIII.

Plus the 360 box thingy will look cool

Are you really going to pay $60 for achievements? I really don't get the obsessions with trophies/achievements... is there bragging rights? Because I don't really see people braggining about them.

Anyway, i wont be buying the game. Ill be swapping some games what i dont play no more.

some people think the 360 is getting a port. its not, itagaki has said that FFXIII is being developed on PC architecture and being ported to the PS3 as they go along. I dont know alot about the technicalities but they have development tools that make it easy to do multiplatform games.

So it all boils down to the old arguements of which controller you like, blu-ray over DVD, some people still thinking that FF was originally on PS not NES, 7.1.

I think the shitstorm is going to be similar to that of GTAIV. Now no one cares.

I own a PS3, like the 360 control scheme and don't mind disc swapping. Audio? Meh, because I don't have a system with HDMI audio - and yeah, my 360 does play audio via HDMI - and most of my peeps are on LIVE, so why would I buy the superior version of FFXIII for the PS3? 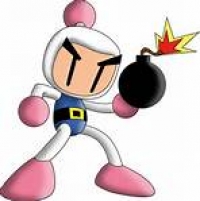 Cause I only have a 360. Secondly the disc swapping - was that a problem when it was on the PS2 and you had to swap discs? No. Would I be swapping discs every few minutes? No. I have a full list of friends on xbox and I just like the fact I can be in party mode and chat with them while playing even offline games.

I am sure the PS3 version will be nice as well but there is nothing that indicates it will be so much better that I have to buy a PS3 for.

except the fact that the 5+ years to develop ff13 on ps3 were actually used to invent the white engine and make it multiplatform via crystal tool renaming and other things, plus to actually create every part of the game, from scenario to design, etc... things the 360 version will already have from the start of the development, you can't really think that making the actual game on ps3 took 5 years, can you?

besides, in the five years, you can count 2 years in which the game was originally designed for ps2, before ff12 was postponed one last time, so...  ff13, they developed it on ps2 with ff12 engine, then they ported it on ps3, making the white engine and then transformed it into crystal tool to make it multiplatform (see, the engine that runs ff13 on ps3 is actually able to run... on xbox360, pc and wii, so the 360 port, they have it done almost entirely just by finishing the ps3 version).

so, what's your point? the game will be on multiple discs so there is no point buying it on 360?  please, tell me how many hours a disc on an old ff makes to be completed? see that your point is nonsense?

oh we will have to swap discs every 15 hours, perhaps it will kill us...

by the way, i once owned both the ps3 and 360, right now i only have 360 cause my ps3 broke apart out of warranty, while my 360 broke apart... in warranty, and i don't see your point, the ps3 and 360 are equal, perfectly equal, there is noone else except fanboys that say the contrary.

And to finish, i let you know one thing : it is common knowledge that porting from ps3 to 360 is a lot easier than the other way around, it is a lot easier to make a 360 version equal to the ps3 version by port it from ps3 than making a ps3 game equal to a 360 game when it was developed on 360. Of course, if you think about "a year and a half late" version to tell me i'm wrong, i can tell you squareenix himself told everyone that both versions will be released at the same time and will be equal.  If squareenix says it, who are you to dare say the contrary, squareenix's secret big boss that even squareenix don't know about?

^^ the very popular my ps3, 360 propaganda story yada yada yada with no evidence to back it up.