Campaign challenges would be awesome! I love playing the MCC campaigns from time to time and being able to unlock more from the battle passes is like icing on the cake. Especially now with campaign co-op finally added to Infinite, it'll give players more incentive to replay the campaign outside of just achievements.

Speaking of which, one of the new campaign achievements is bugged AF! Where you have to get a kill from every weapon in the opening mission. TrueAchievements is pointing out in their guide that many are having issues getting it to pop.

Happy 2nd Birthday to the Xbox Series X|S (and this incredible video we made for it) ??

What was the first game you played on your Series X|S? ? https://t.co/yLy0robz6s

I haven't played Halo Infinite for like 5 months, so last night I went to play some Bot Bootcamp so I can relax and not worry about letting down my team in a PvP match. Then it was gone. I agree. Pretty stupid to remove it. I was hoping for more PvE modes and now there are none.

Our EGX Sea of Thieves panel is finally available for all to see. Featuring tantalising teases of Season Eight, a collection of Captaincy considerations, sprinklings of community celebrations and more!

They need to get that Forge playlist ASAP.

Also, I really hope they can make terrain editing work someday, these maps look great but some of the ground terrain still sticks out a little, where the dirt is meant to blend into the grass.

Saw a game mode on Crazymiller's twitch just now called Soccer. And it's just everyone with gravity hammer's hitting the soccer ball till you score lol

This game was sooooo good! Even if you're not a Gears fan.

With this game, we pushed ourselves to make a unique experience for tactics fans and Gears fans alike.

If you've not played it yet, did we mention it's available on @XboxGamePass? ? pic.twitter.com/hNPUfNsTi3 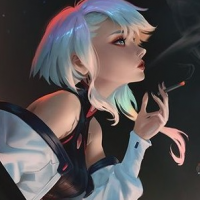 Pfftt. I utterly suck at PvP in general but I'm especially bad at Halo, honestly you would question if I even know how to use a controller let alone how to play PvP if you played with me. Bot bootcamp was just a nice stress free way to you know ... Let off stress.