No they are not different. Forcing sexual favor on anyone in any act is rape. But I will say my original wording was wrong. Sexual assault. He assaulted a tecmo woman in a taxi in 2003. In 2006 he ADMITTED IT and later changed his story to deny it.

If that's true then why wasn't he convicted? 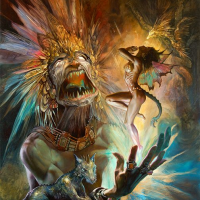 https://www.indianvideogamer.com/forums/index.php?/topic/1837-team-ninja-clown-itagakis-rape-case-settled/
He was found innocent it seems. I never knew about any of this myself.

I really enjoyed Metroid Prime. Hated Prime 3. There’s some parts I consider to be unforgivably awful in Retro’s series:

It’s a fps, it’d be better if it act like one. Tank controls with lock in do not enhance the immersion. Dual analog controls have lasted 20+ years for a reason.

I enjoy 2D and FPS, but Metroid could (and should) have become a 3rd person 360˚ Camera game (akin to Ninja Gaiden Black). Mario and Zelda both went 3rd person.

The last time we had a 3D Metroid was what, 15 years ago? Prime 4 has been in development hell for years and we’ve never seen footage.

I haven’t played Mercury Steam’s 2D games but I’m sure they’re awesome. I’m just not in the mood for 2D Metroid, but I’ll get around to it. They do look great.

I'm sure they made it a double jump on the 3D games because it helps with first-person platforming, which by nature is difficult to get right. You don't have a clear view of your surroundings and it's weird to see where you'll land, so having a double jump makes it a lot easier, whereas a high jump would have led to some really frustrating gameplay. That said, even without the double jump, Prime has very good platforming for a first-person game.

Dual analog controls were far from being the norm in console FPS games in the early 2000's, they were just doing what was normal at the time. In the Trilogy version, all games control closer to a dual analog mode, only the right analog is instead done with the pointer. It's safe to assume Prime 4 will have dual analog controls.

Metroid went 3rd person too, it was called Other M. You can play that one and be thankful for the awesome Prime series we got instead. Sure it loses out on the platforming aspect compared to the 2D games, but it makes up for that in atmosphere and immersion which were also always a key aspect of the series.

Yeah it's been 15 years. Retro's been making the game for well over 3 years now and the last time we've seen anything from them was a Donkey Kong game released over 8 years ago. There is definitely reason for concern.

Metroid Dread is awesome, you should play it.

Well then that should be the end of that.

Somebody anybody should make a classic arcade style Ridge Racer game.

What so you first say Harassment and Rape are not different and then recognize that your wording was wrong and it was sexual assault? If they are all the same why would the wording be wrong and actually exist the three different wording?

Ex zodiac developers should make the next Star Fox game but the SNES not the N64 or gamecube ones it's 2 developers and they should do the gameplay and few levels , Nintendo does the heavier work in imaginative levels and orgasm looking bosses like fortuna giant chicken in snes version and venom 2 car boss and rabbit boss venom 1 and Titiana surreal boss fantasy the problem with nintendo is the gameplay which Ex zodiac can do a Star Fox 3 ala snes style but the imagination is still best in Nintendo and Shigeru Miyamoto leading that 5 star resturant mind in making such fantasy imagination bosses and enemies

Honestly I wouldn't mind them doing a Star Fox 1/2 remake. Which in this style would be basically like a remaster, but remade from the ground up so the games can play at 60fps. Those games haven't aged well at all and a big reason why is the framerate, it'd be nice to have a more playable version of them.