This monthly series compares the aligned worldwide sales of the PlayStation 5 and PlayStation 3. 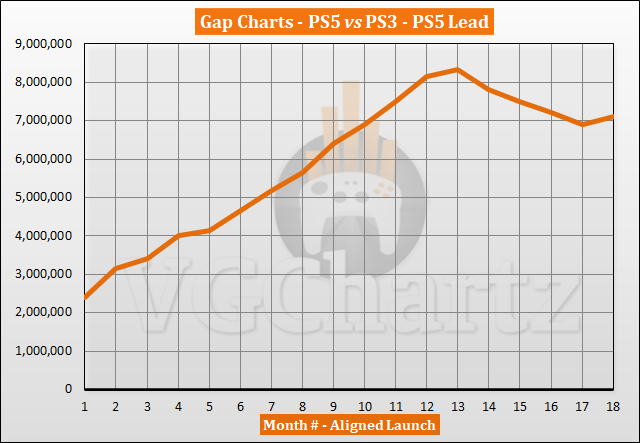 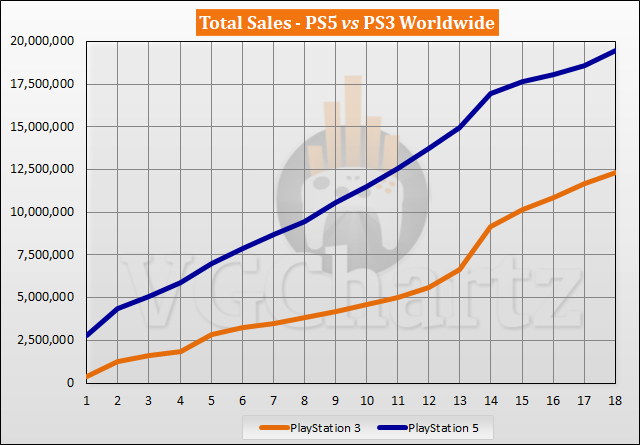 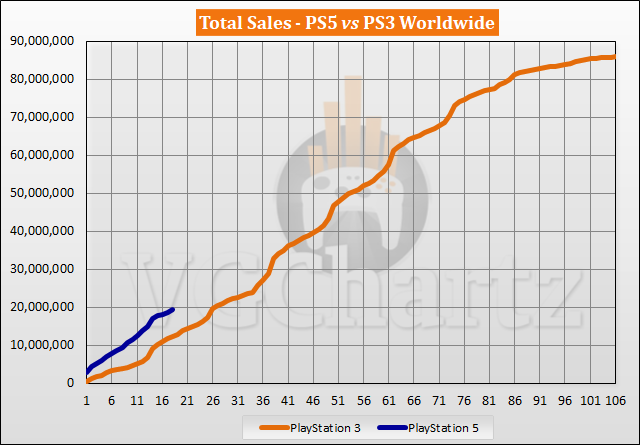 In the last 12 months, the PS5 has grown its lead over the PS3 by 2.46 million units. The PlayStation 5 is currently ahead by 7.12 million units.

The PlayStation 3 did not reach current PlayStation 5 sales until month 26 where it had sold 19.63 million units.

The PS3 was really slow early on. 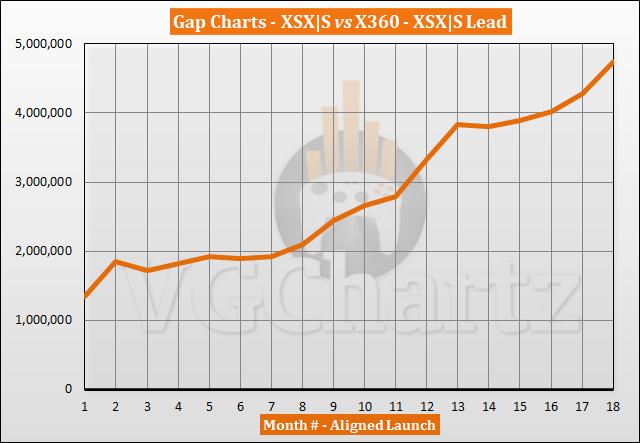 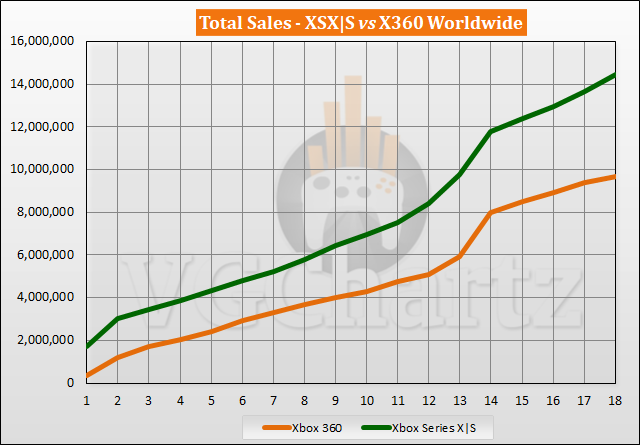 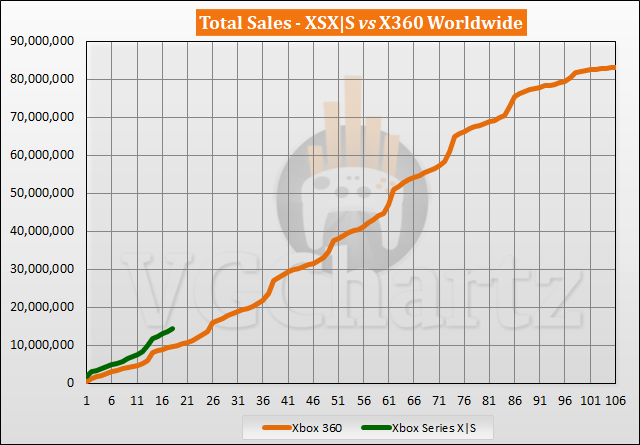 The Xbox 360 did not reach current Xbox Series X|S sales until month 26 where it had sold 15.90 million units.

This monthly series compares the aligned US sales of the PlayStation 5 and Xbox Series X|S. 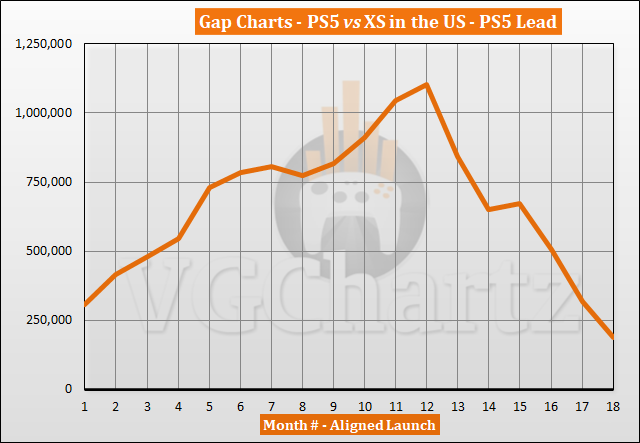 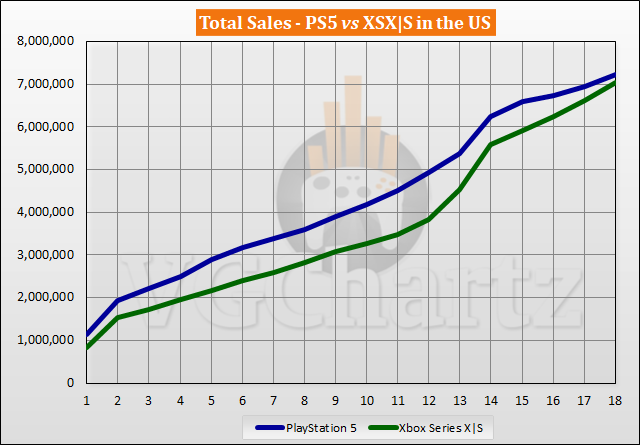 The PlayStation 5 is currently 507,347 units behind the PlayStation 4 in the US when you align launches, while the Xbox Series X|S is ahead of the Xbox One by 41,012. 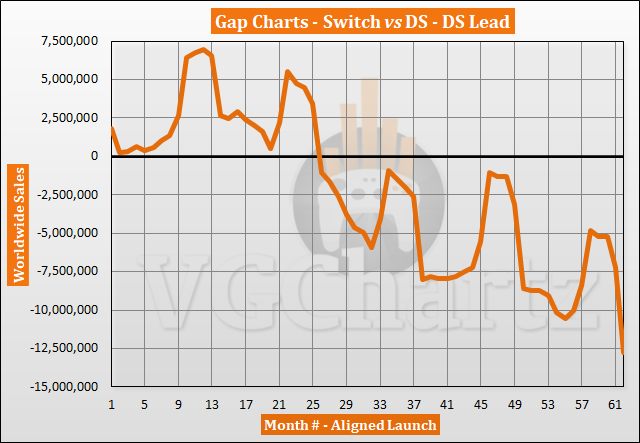 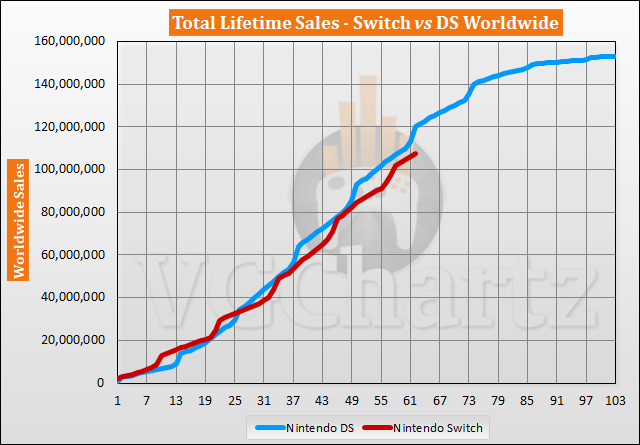 April 2022 is the 62nd month that the Nintendo Switch has been available for. During the latest month, the gap grew in favor of the DS by 5.55 million units when compared to the Switch during the same timeframe.

In the next twelve months the DS will sell 20.3m units which is the DS's final good year of sales. So with Switch's current deficit of 12.7m, the gap will still be around 10m in a year's time. In other words, there will be barely any catching up.

However, it was always clear that Switch had to beat the DS with a longer tail, meaning sales after year 6, or more precisely, sales after month 74 (six years and two months). In the timespan of month 75 to month 86, the DS sold only 9.3m, so if Switch can pull off just one more year of sales close to 20m, then it will already have closed the gap (almost) completely with the benefit of going into year 8 with much higher momentum.

LTD end of 2021 was ~102m. 2022 should bring that to ~123m. 2023 looks like another good year, but assuming another year of stable decline, it would finish at around 141m. A Switch successor in early 2024 would likely limit Switch sales in 2024 to under 10m, bringing it to ~150m; from there it's very probable to crawl past the DS on the final stretch. A successor in late 2024 should allow a minimum of 12m in 2024, making it 153m LTD by the end of 2024; in this scenario it's a given that Switch will pass the DS (and also almost sure to pass the PS2). No successor in 2024 should result in Switch sales around 15m, allowing it to already pass the DS's lifetime figures during 2024; here it's guaranteed that Switch will become the best-selling console of all time.

Basically, Nintendo would have to rush a Switch successor to market (so before 2023 is over) in order for Switch to fall short of the DS. This month constitutes a new all-time high deficit that Switch has against the DS and it's possible that it will grow a little bit more next month, but it's not worrying for Switch's chances to beat the DS in the end. Up till now Nintendo's words, and more importantly, their actions have pointed towards a long lifespan for Switch, so the possibility of an imminent successor would have remained very low even in a world without component shortages. The chip shortages only make it more likely that Nintendo will try to squeeze every potential sale out of the Switch platform.

This monthly series compares the aligned worldwide sales of the PlayStation 5 and Wii. 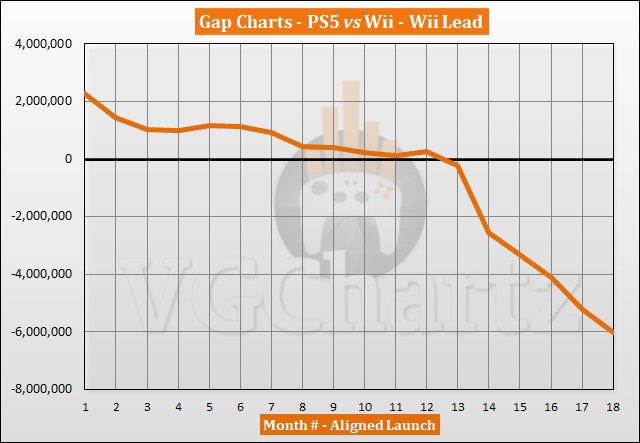 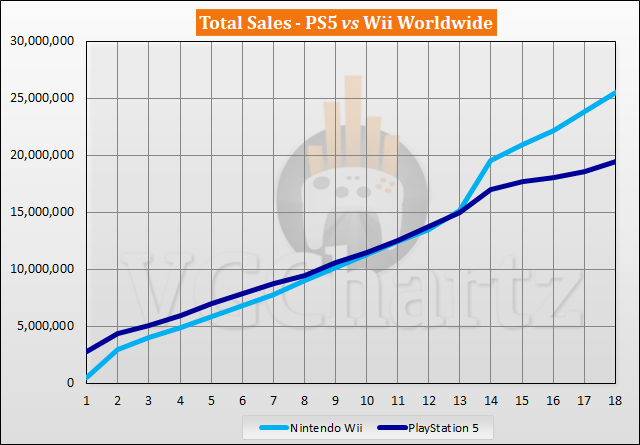 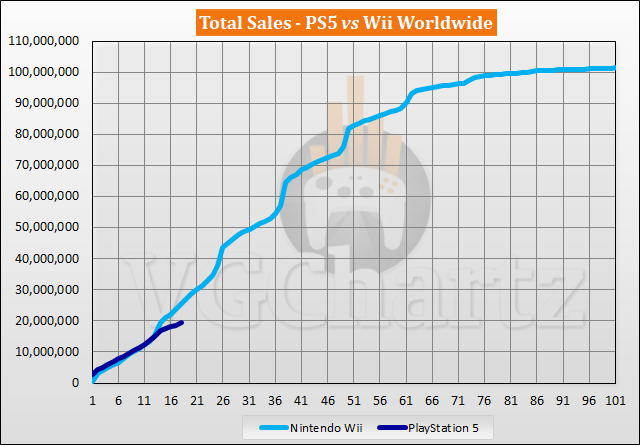 Would still love to see Xbox Series vs 3DS as that's the next system up in sales from the Xbone.

count the PSP as well 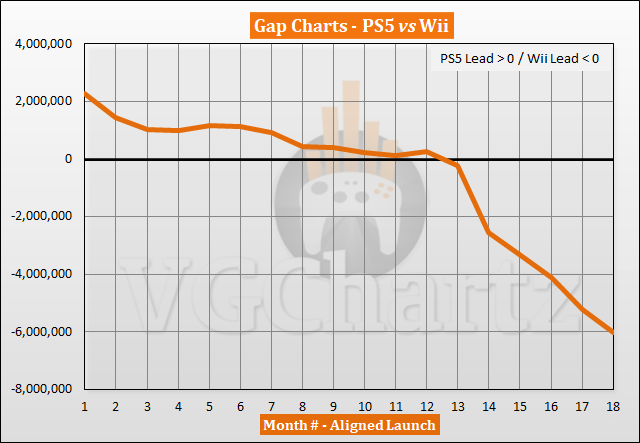