Could you point out said Childish comments. Mine and the other ones from other users i seen where just saying how it doesnt look that good and how the actors dont fit the role. If you call a difference of opinion childish well then thats a whole other conversation.

When you start accepting hiding 'rebellious' comments, you're getting pretty close to an echo chamber. It sure is nice when your opinion is the one being echoed, but it's not very welcoming for the others. I don't think disagreement or being 'rebellious' are good enough reasons for downvoting, let alone trying to hide such comments.

For example the Uncharted movie article you mention seems to be an echo chamber of those that express a decent amount of positivity about the movie, but tough luck if you're not keen on the look of the movie. I counted one comment about torrenting and one that I felt was a bit childish, but the even the latter didn't deserve downvote bombing in my opinion, let alone the others that were downvoted. Perhaps we disagree, but I feel like it's important to let all reasonable opinions be expressed (and heard).

echochamber also known as a circlejerk

Just because people have a different viewpoint doesn't make it "rebellious". Oh god yes gotta be such a rebel on a video game forum! I get so much pussy from that! 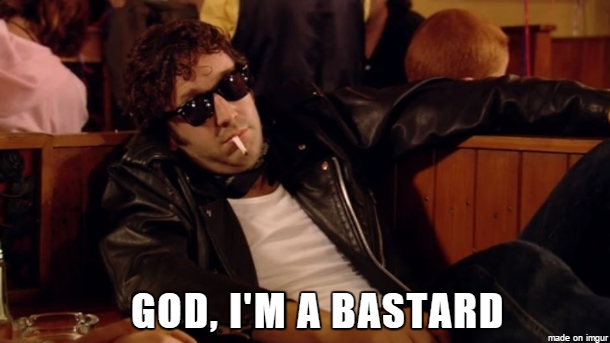 Best thing is still why did i put a vote in this thread. Pretty much we have had like 3 or 4 users that has posted against the votes being removed and everyone else who posted for them to be removed yet it doesn't reflect in the votes. Like i said before i hope the admins and staff and mods take the opinions of people posting in this thread more then the vote count as thats too easy to manipulate.

I'd support this, IF getting a certain number of downvotes also banned people from making comments for awhile.

This has 0 chance of ever being implemented.

Because the people wanting change are the people more likely to post. I voted no, I didn't make a post in this thread before now. That doesn't make my opinion less valid.

Don't get annoyed because the poll doesn't reflect your desired outcome and now claim it's being manipulated. The majority do not want downvotes to go.

Thats not true. Everyone wants them to be removed across threads you see people complaining about the broken down vote system that VGChartz has.

But something is going to have to change as the system is just broke and giving supporters twice the voice or more of none supporters with such a small pool of active users is clearly a broken system and this site is one of the only ones that seems to have this system in place.

I think if a mod can remove the vote count from the top and have the people voting for it to be kept to have to post in this thread would be much better and a much clearer picture as i bet the amount of posts from users for it to be removed will far out number the clone accounts thats clearly manipulating the pull.

Its clear something is going to change and instead of you guys being so against it maybe give answers to how it can be fixed like VAMatt has been doing.

He is the only supporter in this thread that i have not seen give their own childish comments or cry about it being removed etc and instead has been trying to give his opinion on how it should be fixed.

There is no reason to complain when there is nothing you want to change. The people with an issue will always be the more vocal. Hate and disagreement are louder. The people voting no in this poll have no reason to try and convince others of their belief because their belief is clearly the more popular one. Regardless even counting the number of users in this thread that want them removed or not the amount is pretty 50/50 and not "Everyone wants them to be removed". Though the number of posts and the lengths people will go to say "yes" is more than the people that say no.

Now saying that everyone except one user that has posted an answer other than you want to here is making "childish comments and crying" is ridiculous. This post claiming exploitation, clone accounts and other people are crying has made you lose all credibility in this discussion. Clearly you are the one making childish comments because the poll hasn't turned out the way you wanted.