Ahhh it's that time of year where I'm reminded that I don't play that many new titles during a given year.

I am not saying Metascores is what wins GOTY, i never have and it never was the case. However it definitely helps to have the conversation. FH5 is the highest rated game this year and its not even eligible to be a nominee..

I dont believe in the system. I dont believe in these 100+ critics. I believe its all about putting games in the overall GOTY award that will make a splash in viewership to bolster the show, thats why we see Fortnite pop its head multiple times or Cyberpunk 2066. I dont care what they try to sell you in saying "we have 100 critics who vote" nonsense. Its no different to if EA came out and said we build true games for true gamers. Same crap, different bucket.

You cant have 2 years running where some of the best overall games don't get the nod for GOTY. If the critics havnt played those games than wtf is the point in having thier opinion? Its an award for the best game for that year, not a popularity contest which is what it seems to be.

I know, but I just can't help but see this as being insanely mundane and predictable, to a point where I've gotta hand it to the bean counters working for the publishers/investors, these people are regarded as whales that net them such money, and well, I guess they have a point in seeing them as that (much as I hate that name).

I openly hate CoD and stopped playing it, same with R* games, but that's because I chose to stick to what I said I disliked and instead play other games instead. Remember the MW2 boycott years ago?, yeah those people lacked anything of a spine.

I still see streamers out there making something for themselves, without having to go to the most played games (I watch a streamer who literally just plays old Resi games and modded Resi Outbreak, and he gets tons of donations and even gets to collab with RE Remake and OG voice actors, which is something rare).

Pretty much what im thinking. They become coorporatized. And this is also coming from someone that my favourite genres are the ones that usually win. But knowing the games that win from a mile away just makes the awards seems meaningless.

Im honestly probably just tune in for what ever reveals might happen .

Man, some of the discourse here is pretty...strange. I don't understand this 'it got the highest metacritic so it should be the game of the year' arguments. Like, review scores are often meant as a metric of how well it did something specific, Forza Horizon is an outstanding RACING game, but it's still just a racing game. that doesn't mean it's not great, it just means it's a bit more niche. It didn't and won't have the impact of a Death Loop or Returnal or Ratchet & Clank or Metroid Dread or It Takes Two.

It's such a strange phenomenon because, like, I do agree it was one of the best at what it did but just like sports titles it seems weird to give it a game of the year award. with no story, no characters, no real plot, just arcadey racing - even if it's GOOD arcadey racing - it makes perfect sense that it didn't leave as much of an impact even if it did review well.

I don't even like The Last of Us, but I agree with it winning because it was the most artistically bold, it was the best designed, it was the most creative and original, it was the one that was most daring. Forza Horizon 5 is a great racing game but I wouldn't nominate it for GOTY any more than Fifa 2022 or whatever football game is out. IT's just a refinement on a game genre that was mastered years ago. that makes it amazing, but impact matters and once Forza Horizon 6 comes out, nobody's gonna be talking about Forza Horizon 5. It's just an iterative take on an established franchise. That does matter.

Is so hard to believe the media outlets just choose action adventure because that's the most popular genre and the ones that appeals the most?

If the point was to bring in views, they would nominee anything that was highly popular like FIFA or COD. Instead we see indies

Returnal and forza deserved a nomination,make the list bigger , its ok.

Lets hope ratchet wins but i dont think they will give to it, insomniac deserves everything. 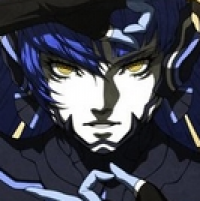 MHR is nominated for best RPG. It launched March 26th.

Thank you. So I'm very surprised to not see it nominated at the Game of the Year. It got a 88% metacritic score. That's strange...