PS5 has a whole lot in common with the N64.  Both are successors to systems that dominated their generation.  However, both are destined to fall.  You have to look at the factors that cause the numbers, and not just the numbers themselves.  Going by the numbers, the N64 was the fastest selling system in its first 1-2 years.  The most enthusiastic console gamers could not wait to buy one.  However, if you looked closely at the time, then you might have noticed CD's were a clearly better choice over cartridges, especially for developers.  An alert person would have seen the tides shifting, but you'd never have seen it if you went purely by the sales numbers for the first 1-2 years.

The main problem with the PS5 is that it's really only going to be popular in Europe.  Japan PS5 sales will fall next year, because no one there is buying PS5 software.  RoW sales behavior is not too different from Japan.  In North America, XBox is arguably a stronger brand than Playstation.  With Microsoft clearly putting in a lot more effort this generation, they are going to coax back a lot of 360 gamers who bought a PS4.  That leaves Europe.  PS5 will do well in Europe.  It's going to lose a lot of ground everywhere else.

Except that PS5 is beating Xbox in the US.

N64's extremely front-loaded sales were due to the exodus of third parties from Nintendo; nothing of the sort is happening with the PS5 that would cause sales to collapse, it's following the very safe and proven formula laid out by PS4.

XBox will be beating PS5 in the US once it starts releasing some good exclusives.

Third parties are actually heading to Switch in Japan.  The very same thing is happening.

I don't think anybody expects PS5 to do especially well in Japan, but I don't see any evidence that PS5 will collapse everywhere but Europe as you predict. It's still a very strong brand in America and ROTW, it will continue to get the majority of major third party software as well as Sony's first party catalog which is stronger than ever.

The SNES didn't really dominate it's generation. While it did sell more than the Mega Drive, that one still was very healthy competition.

All of the big 3 are strong brands in the US.  (I am saying this as someone who lives in the US.)  However, if I had to rank them, I'd put XBox first and Playstation last.  XB1 sold almost as well as PS4 in the US in spite of XB1 totally botching their launch and PS4 having a lot more exclusives.  It was competitive purely on branding.

Also, as this generations progresses, PS5 will get fewer Japanese titles than Switch.  PS5 will mostly rely on multiplats and a few really big titles (e.g. Final Fantasy), but Switch will get more Japanese titles overall.  Playstation is losing 3rd party support.

Worldwide the SNES sold more than all of its competitors combined.  I would call that dominant.  Sure the SNES sales were fairly close to the Genesis in the US, but the PS4 sales were also fairly close to XB1 in the US.  In both cases when the generation ended it was clear who the winner was, and so the next system (N64 and PS5 respectively) were set to sell well out of the gate.  In spite of this both systems have bigger factors that undermine sales after the first 1-2 years.

A winning system that was not dominant would be the Wii.  It sold like hotcakes for a few years, but it did not sell more than all competitors combined.

Outside of Japan The SNES and Megadrive were equals, SNES had a decent victory in Total lifetime sales because in Japan SNES dominated with 19 million consoles sold to just 4 million Megadrives.

I know. It only dominated in Japan. 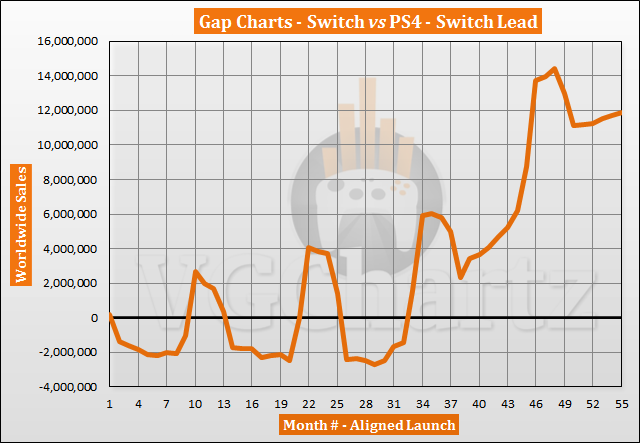 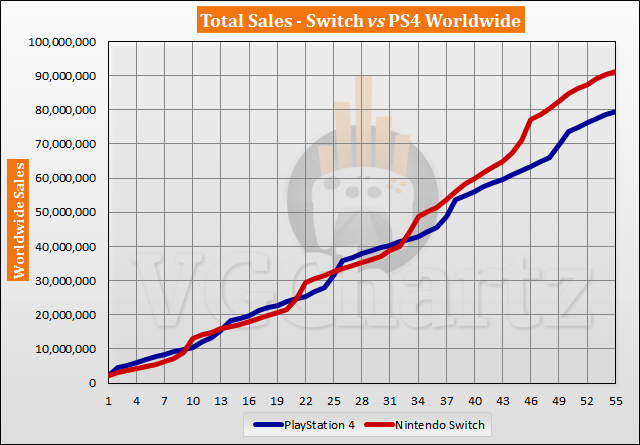 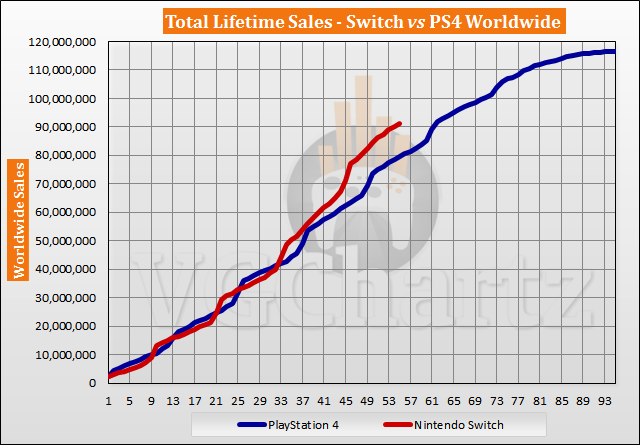 Switch should be able to extend it's lead over the PS4 during the next few months.