I reckon we’ll be calling it in favour of Switch during May. By the end of next year Switch should definitely have made the number 3 spot its own with a total over 26 million.
So I agree that it will clearly be the undisputed #3 by then.

The Switch will definitely top the 3DS in the first half of 2022.

Switch vs PS4 in the US Sales Comparison - August 2021 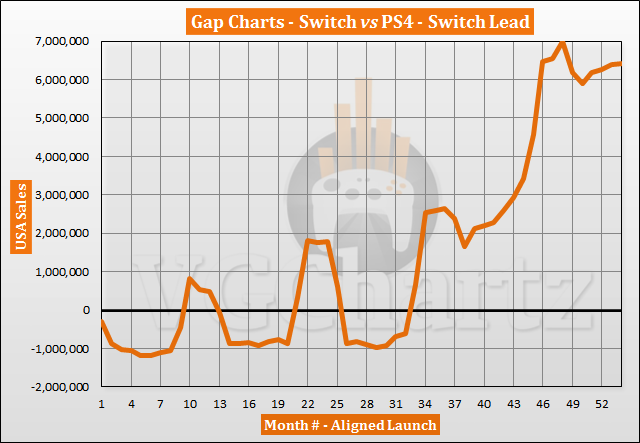 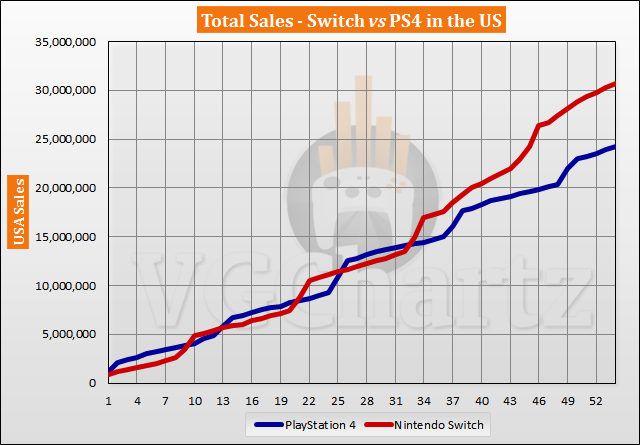 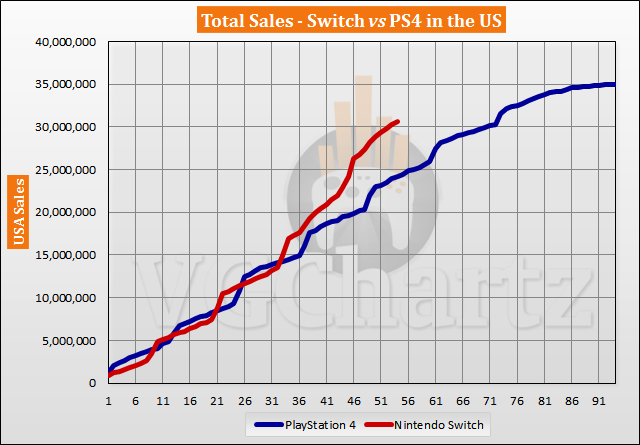 The PS4 did not reach the current Switch sales until month 73 where it sold a total of 31.52 million units.

The PS4 has been available for 94 months in the US and has sold 35.01 million units. The Switch is currently 4.36 million units behind the lifetime sales of the PS4.

Did something happen around this month for PS4? It seems to curve upwards a bit more steeply, and 20k is less of a gain for Switch than usual.

Cheers. Impressive that Switch still gained ground during GoW month despite having a slow August. 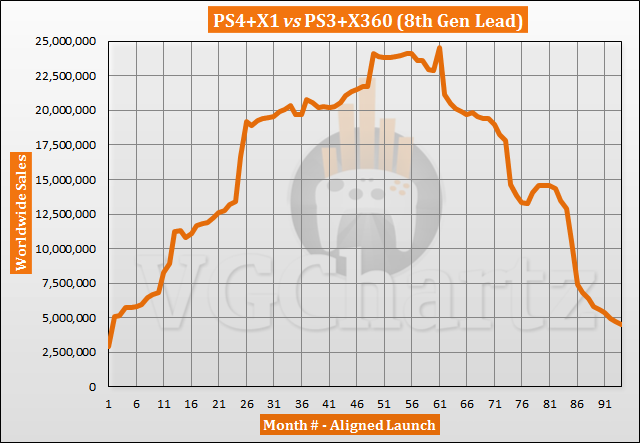 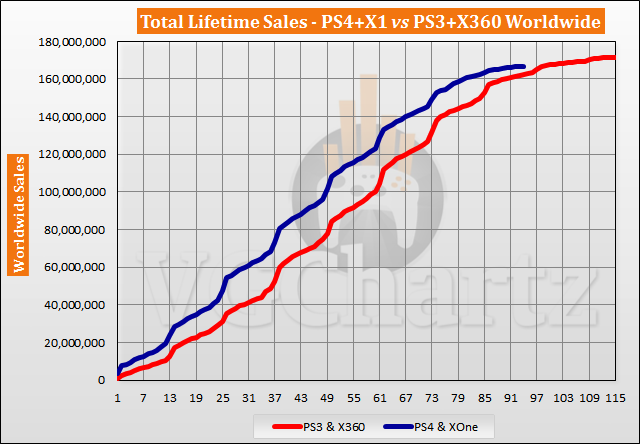 Extraordinary that even with quite different circumstances, PS + Xbox are headed for almost the exact same total from Gen 7 and Gen 8. I wonder if that will continue for Gen 9; XS and PS5 are trending far ahead of their predecessors now; will they keep this pace, or are they just more frontloaded due to hype culture?

Switch vs Wii Sales Comparison in the US – August 2021 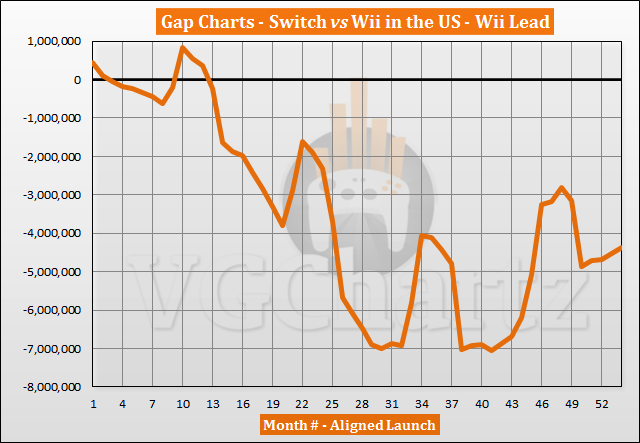 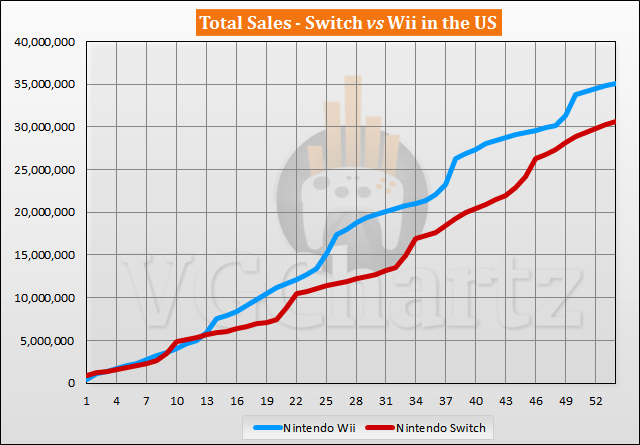 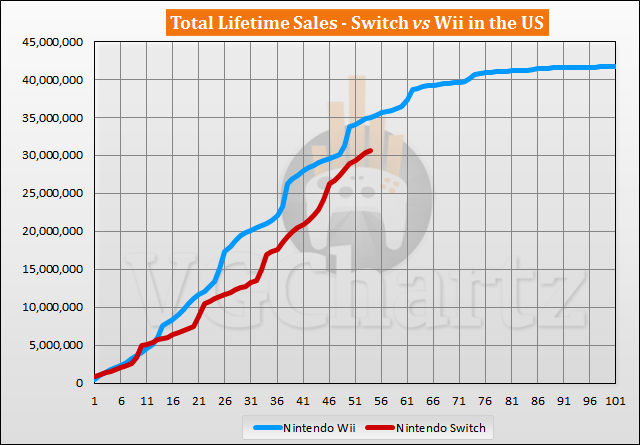 The 54th month for the Nintendo Switch is August 2021 and for the Wii it is April 2011. The Switch has sold 30.65 million units, while the Wii sold 35.04 million units during the same timeframe. The Wii sold current Switch sales in month 49.

The Wii sold 41.70 million units in the US during its lifetime. The Switch needs to sell another 11.05 million units to outsell the Wii.

More frontloaded due to an increasing pool of gamers with the required spending power. Video games are still such a young entertainment medium that the people who were there in the beginning have not died yet in any significant numbers, so each console generation sees another few million teenagers turn into young adults with jobs and therefore more money to spend.

It also needs to be said that we are still looking at a limited set of sales data in these comparisons, so release timings of noteworthy things can favor one or the other console in such a short span of time. The PS5 and XSX|S combined are tracking ~2.4m ahead of the PS4 and XB1 combined, but the upcoming month favors last generation: The PS4 greatly benefited from the release of Destiny in conjunction with a white PS4, the XB1 had its official launch in many countries that had been left out in November 2013, so for both consoles it was an unusually strong September during their lifecycles. Therefore the trend that this generation is doing better will face a bump in the road, at least for a month.

This generation won't fall behind the last one anytime soon, but at the same time there's no good reason yet why the lifetime totals wouldn't be similar in the end.