Commenting only on the Thanksgiving games:

On one hand it feels like Detroit has to win a game eventually, but on the other hand they are due for another blowout loss. The truth is probably in the middle, so we'll get an ugly low-scoring game between two largely inept teams. Andy Dalton threw 2 TD passes last week, so he might just do enough for the Bears to win.

Neither Vegas nor Dallas have looked good lately, but the Cowboys can be trusted more as they have more talented players on both offense and defense.

My thanksgiving will be 10 times better if Bills lose tomorrow.

Give me Beats, Dallas, and Bills tomorrow please 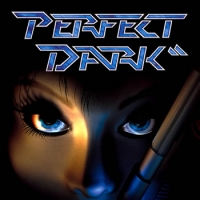 I'll have the Lions, Cowboys, and the Bills.

I'd be smack dab in the middle of the pack if I ever learn that football is played on Thursday every single week during the regular season, and sometimes in London lol.

Speaking of: I got the Bears, Cowboys and Bills. Watch the Lions finally get a win, the Cowboys play like they normally do on Thanksgiving and Trevor Siemian throw for three TDs and 400 yards now.