I have to highlight that today, I just learned of a "dam hole" we had back in 2020 over at the Xbox One side of things... which caused the Xbox One to BOTTOM DOWN all the way to F grade. However, one thing spared the XONE the ignominous fate everyone else sentenced them to: Retroarch. It saved them and had the PSVita been Henkaku supported earlier, they could have been saved from pretty much killing Sony for me. Oh well.

S. As usual, the 360 confirms that, in the end, it is Lord and Sovereign of my console space and has an special place in my heart that can no longer be threatened, making it a legend even above PC during the sweet sweet Installer era.

A. Afterwards comes the OG Xbox which was really nice and too kept the bullshit at bay during an age where making bad games required effort that dissuaded locusts from destroying the library.

B. GameCube is... peculiar... I liked it because it was the nicest console I had for a while. Its Mario games and first party games alone were good enough to keep me distracted till the Xbox arrived at my doorstep. I included the PS2 because my brother had it and I played a lot of MP games with him... I also loved SOCOM and still miss that and Twisted Metal Black... that and Coolboarders made the console worthwhile.

C. Poor Xbox One... so far from the Xbox 360, so close to Covid Era Ratalaika and their otome double standard shite. It got saddled with a weight that could only be somewhat offset by Retroarch (and potentially DOSBox's and Dev Mode's "this is my console bitch!" callback, which means my other pet project of an eroge on an Xbox console is safe and alive and if I hurry I can make it past the finish line for the Xbox Series before any other VN does, thus planting my flag proudly and to display to everyone!)

The PS was as nice as the PS2, but I still remember the host of issues that came with needing a Memory Card, Memory Card corruption and needing to hack the fucker near the end of its life cycle because I could no longer find any games anywhere. Good, but let down by what should've been an advantage over the N64 and Dreamcast, both of which were, IMO, carried away solely by their heavy weight.

D. Don't ask how the Saturn made it here.

F. The SNES made it here because it was my only console for a long while? I mean, I was heavy into PCs at the time, so I guess this one gets last place for... being there when there were no competitors? 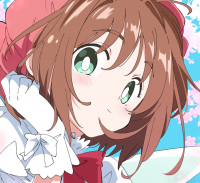 I don't want to use the editor on mobile, so i'll just type it here.

I dont like xbox(the brand, the games and the consoles) so i'm not gonna bother rating them. I only had a 360 for a while and it broke. I also didn't played enough of the saturn and master system to rate them.

I currently own a PS5, and I like it, but it's too soon to tell where I'd place it.

Lol this is fun. Anything before Dreamcast is very much before my time.

Xbox 360 in my view had the best library of all time. PS2 also god tier and a close second.

Nothing in the F tier but Xbox One fat and PS3 come close.

Waste of money, i shouldnt have bought it, i played pokemon sword, then played zelda that i didnt even finished and now its collecting dust. Shit store full of shit deals. Console have problems too with conection to wifi. I need to be close to wifi spot or it just dont connect. Etc.

I only put there consoles i owned