I go to the individual stores websites to see what they actually have available.  Nowinstock doesn't even show Best Buy or Target.  The PS4 I can still drop into my shopping cart and click ready for check out at Best Buy, Target, and Gamestop.  Best Buy would even deliver tomorrow, or set up curbside pick-up.

Gamestop has both delivery and in store pick-up available as well.

The XBox One  S, while it is no longer showing the stock I saw at Best Buy yesterday, I can also still add to my shopping cart for shipping from Target.  The nearest Target to me is showing that I can even walk in and purchase one.

$299.99
Pick up today at
Edit store
Pick it up
Ready within 4 hours for pickup inside the store.
Aisle F27

Gamestop isn't showing store pick-up available, but it is still in stock for shipping: 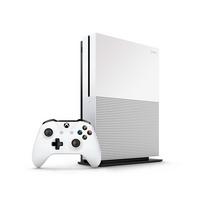 So what about april, may, and June? Were the percentages the same?

Xbox One and PS4 actually went up MOM in April compared to Switch going down.

April/May was when Nintendo started prioritizing US and Europe over Japan and elsewhere so sales didn't fall as much as they could have considering the sell outs.

April was when all built up supply for PS4 and XB1 were sold through as May was a dead heat between both because they barely had any supply left over.

After March the comparison isn't valid because Switch isn't planned to be replaced this year and had production ramps while PS4/XB1 were slowing down in anticipation for next gen. June shows this with XB1 as production ceased for the One X and SAD and were both sold out by late June. PS4 as well starts to show this and July on shows the potential that Sony is employing similar strats to Nintendo where they prioritize US and Europe over Japan.

Ma’am I don’t want to sound offensive but comparing “percentage jump” is a bit buffoonery. Simply because there are different baseline for each console. Both Xbox and PS4 were trending downward for years already before COVID hit. The switch has been selling incredibly well and has never slowed down. So the fact that the jump in percentage are similar makes your comparison doo doo.💩💩💩

The baseline was not zero. Switch was breaking records in 2019 too. This is like statistic 101. The switch adds to already record breaking run. PS4 and Xbox were RECOVERING the downward spiral. They are NOT remotely similar in any shape or form.

Bold: He's not saying that. He's saying that the pandemic boosted all consoles by a similar percentage.

No one's trying to take anything away from Switch's success or "record breaking run".

?? it’s much easier to get big percentage boost from a lower baseline versus a higher one. What’s not to get here?

”Similar percentage” is not the whole story. These consoles were not “boosted” the same way at all. I’m repetiting myself here....

It is indeed a more impressive boost by the Switch. I just don't think his point was to talk more/less impressive.

Explain why sales for PS4/XB1 went up in April, breaking April records for both?

And to your previous post, percentage increases are translatable between multiple products in the same industry. It's how you can directly compare how well or bad certain items do on how they perform against the normal seasonal changes and if big events happen.

Percentages don't care if the product was "trending down". If an event happens that boosts the industry by 3x, it's expected that at least a good majority see something similar to that boost. Doesn't matter if sales start at 10, 100, or 100K.

Switch is selling out since March in quantities never before seen for the platform. It is keeping that up by increasing production and shipments.

XB1/PS4 have been selling out since March in quantities not seen before for the platforms. They can't keep up because production is slowing in favor of next gen replacing them in a few months.

Yeah I’m sure you’d agree with this too.

I’m going to quote users there:

That’s how you’re sounding right now...Percentage don’t care? What are you even talking about?? Lol it’s all relative. I’m OUT this is too much.

One is a console selling on par to Wii and DS peak levels.

Another is a console sale spiral down get up because of the macroeconomic effect.

The same growth is not the same thing because of type of grow. One is a record breaker and another is surviving sales.