Sucker Punch have never had a game average over 88 and I don't really see that changing.

It's incredibly pretty but it's not really doing anything different or groundbreaking. 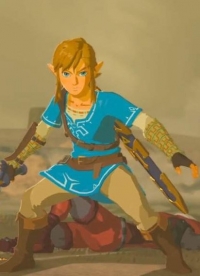 I really hope it can qualify as a spiritual successor to Tenchu. Some of the gameplay previews I've seen have me hopeful. I'll go with 92 which I know is wishful thinking but I don't care.

88 in meta but it Will BE 95 in my opinion, waiting for years for. A samurai game like this

You're all underestimating just how much weed these journalists smoke. A game like this, with the visuals, the atmosphere, the vibes, the cinematic aspects and focus of artsy ancient cinema as well as the snootiness that'll bring to them competing against each other to know these old films and influences without doing the work, as long as nothing is broken or it's not too difficult, it's easily a 90+ just from what we've been shown so far unless there are glaring issues or the gameplay is dog shite. I locked my score in at 90 and that's what I'm expecting it to fall to after a few days with an initial higher bump in the first day. 92/3 on that initial 14th emargo lift.

Any actual prediction, tho?