Since 2006 I had the same PC with DVD-drive and even a floppy disk drive. 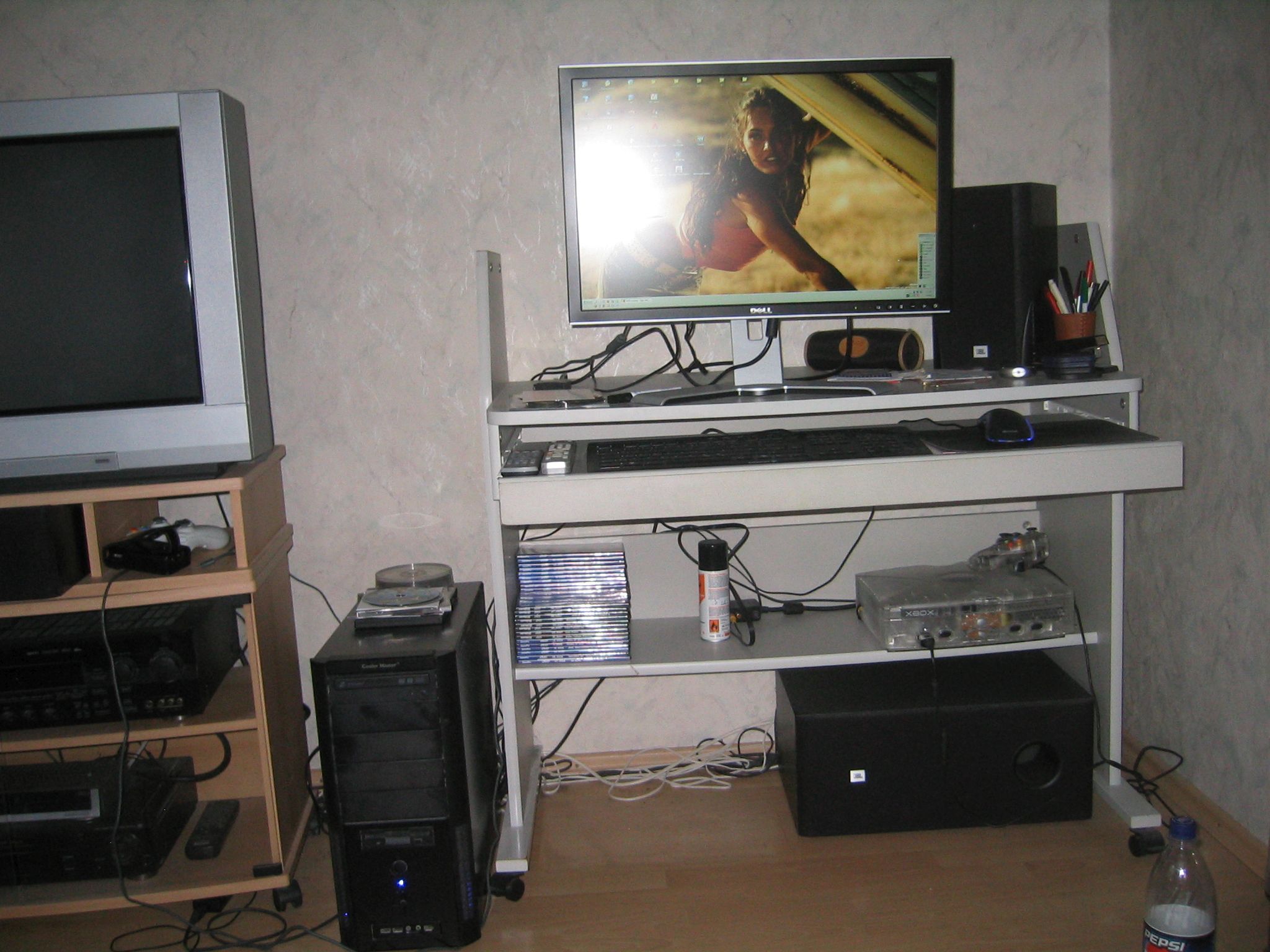 Okay, the internal changed a bit since then (2013 upgrade of mainboard, CPU and RAM, a SSD upgrade and a few GPU upgrades over the years), but that black PC case was a constant in my living room for almost 15 years while most other stuff was replaced over the years several times (TVs, projectors, consoles, AV receivers, speakers, furniture, wallpapers,...)

The new PC case is (again) a black midi tower without RGB lightshow... once you go black, you never go back: 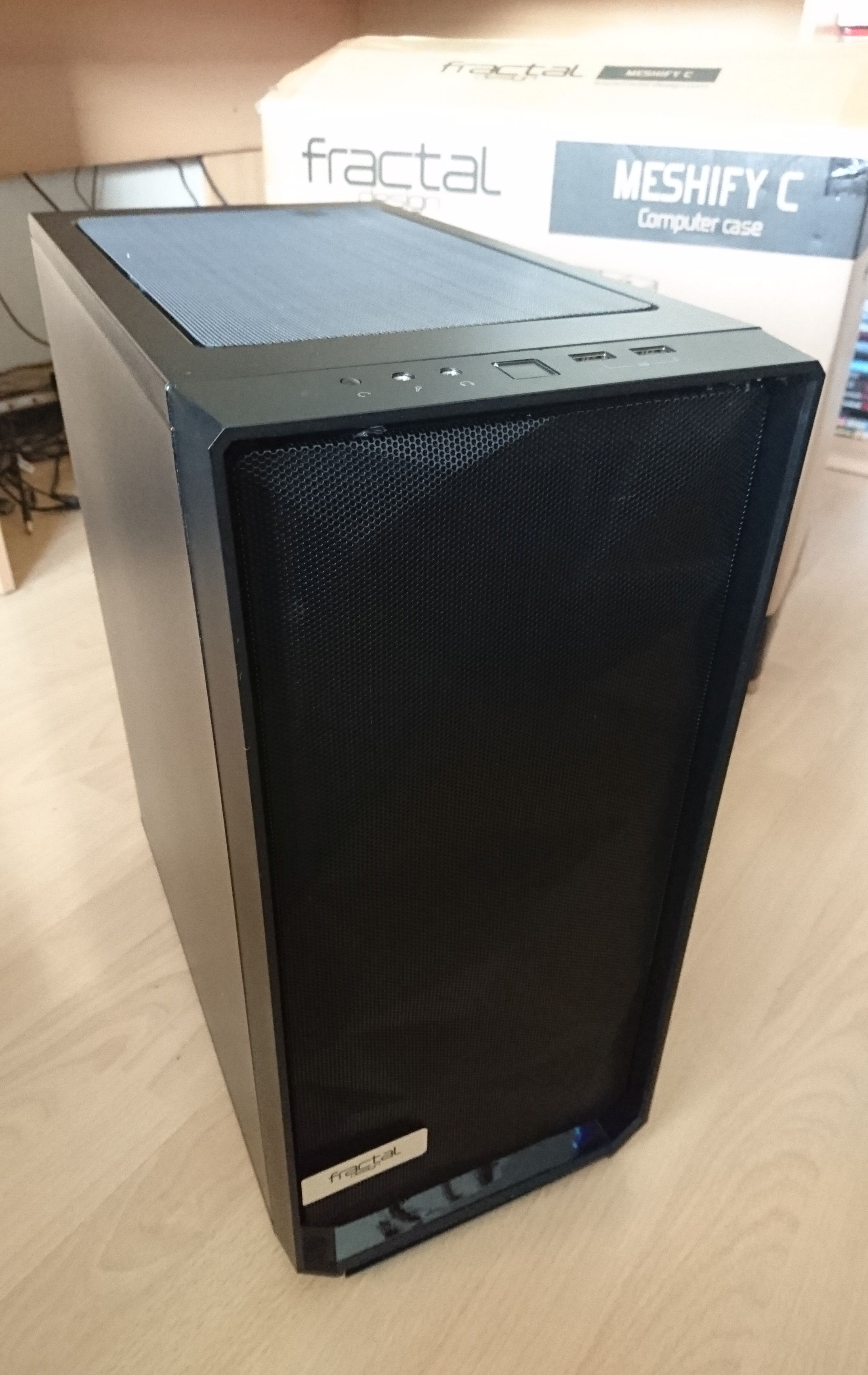 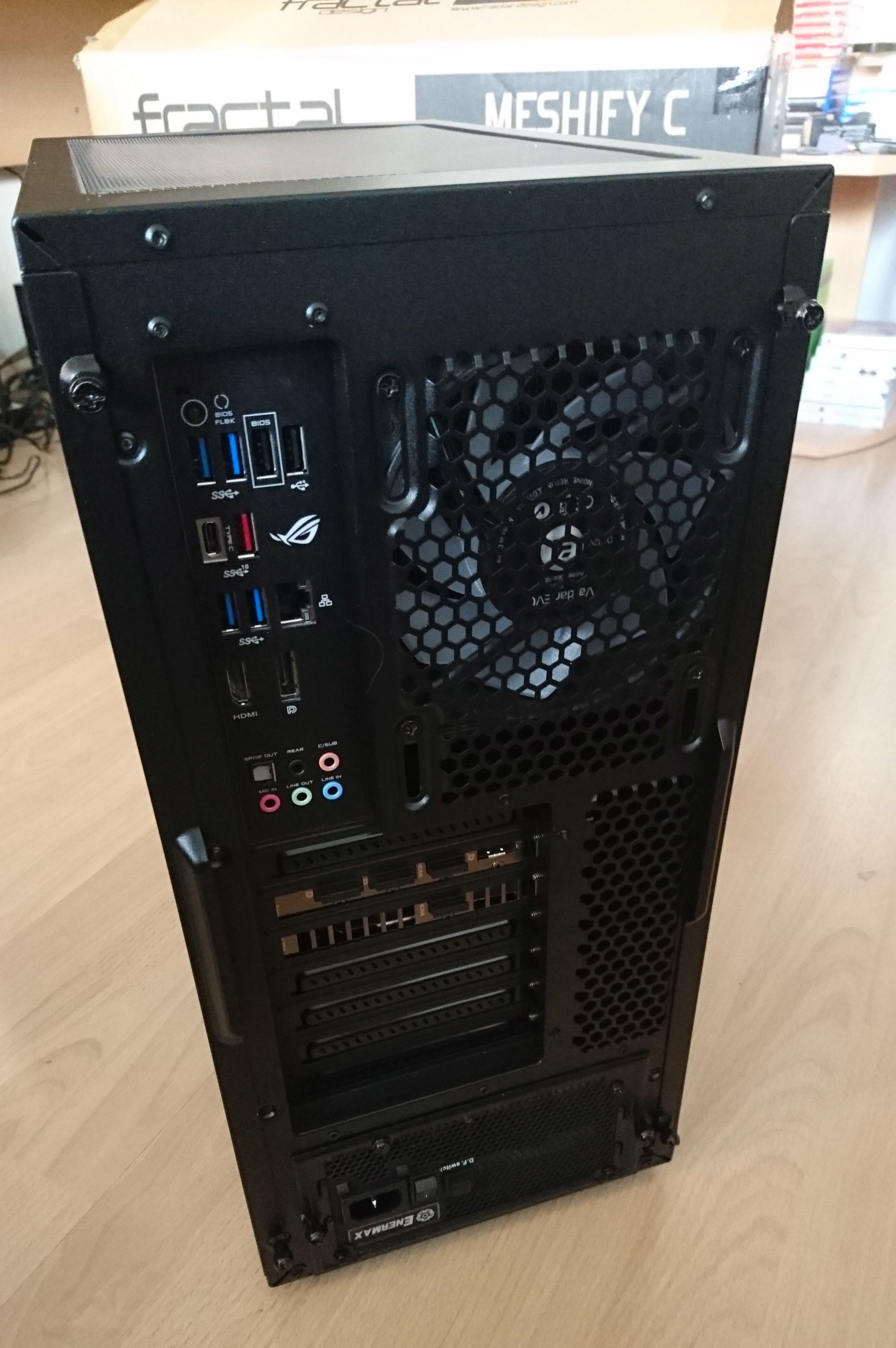 For a better airflow, putting stuff on top of the case ain't an option anymore... but the dust sieve on top of the upper fans is a good idea: 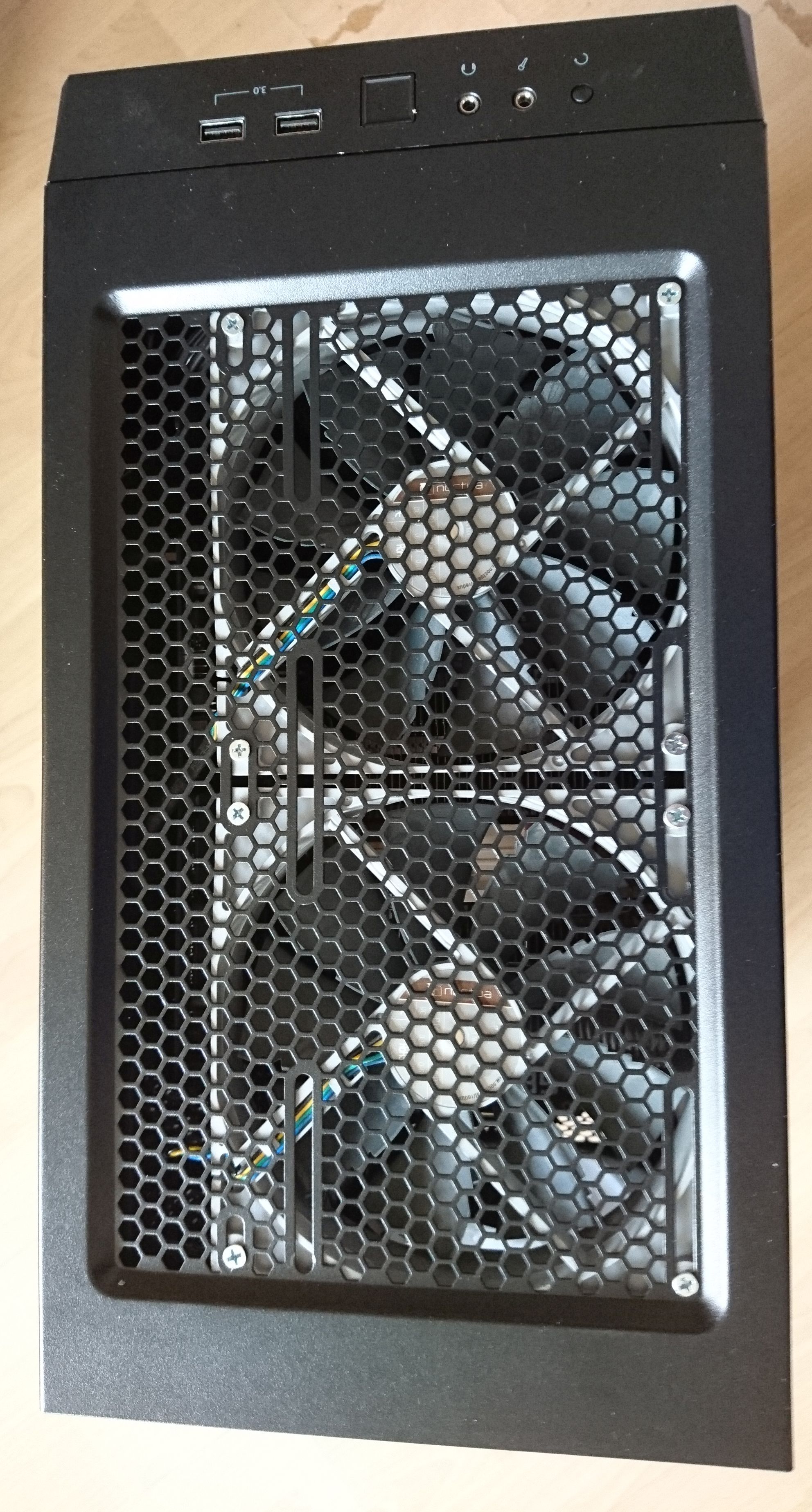 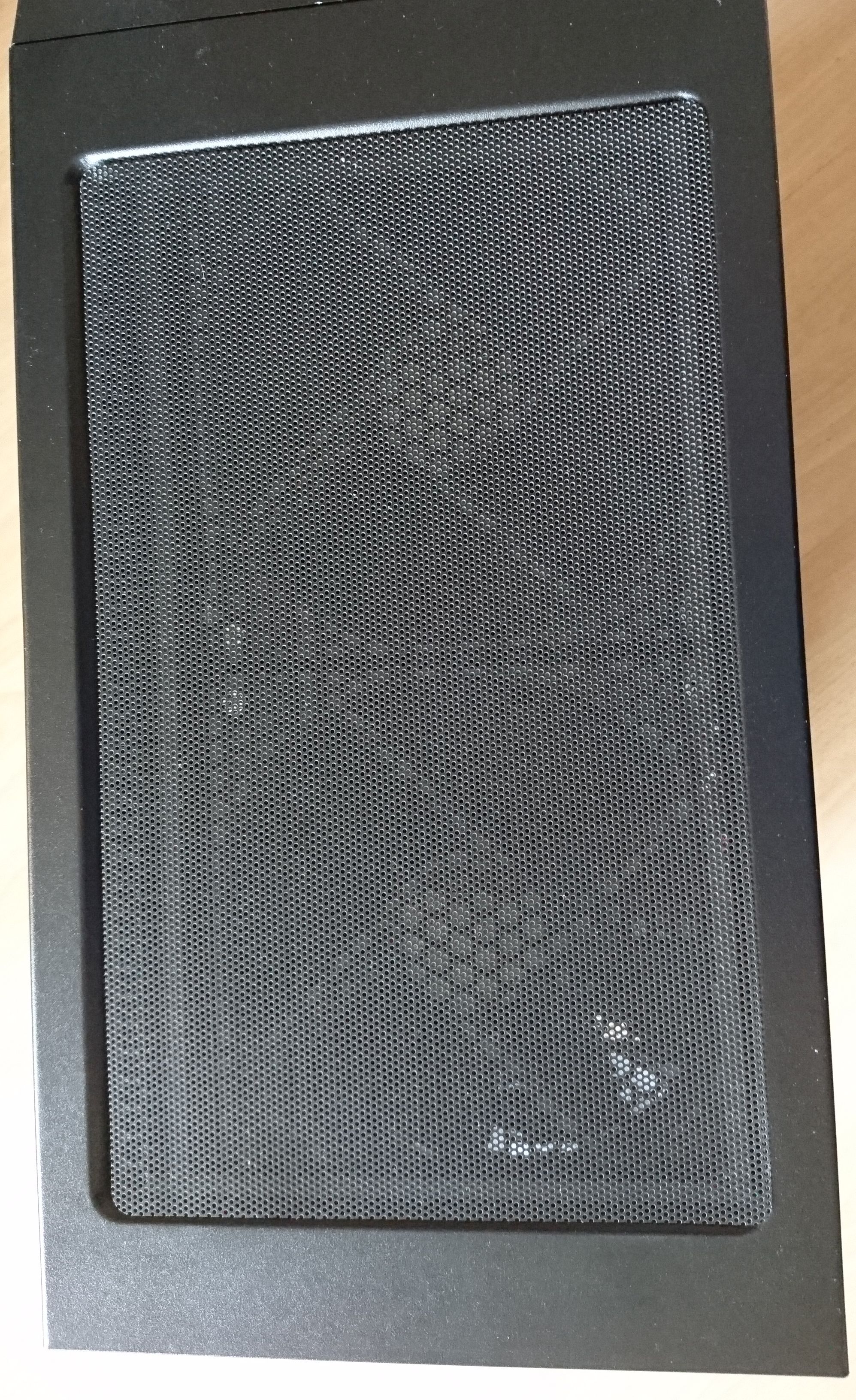 On the back side there is a small RGB compromise, but from all other directions, the lighting still looks subtle: 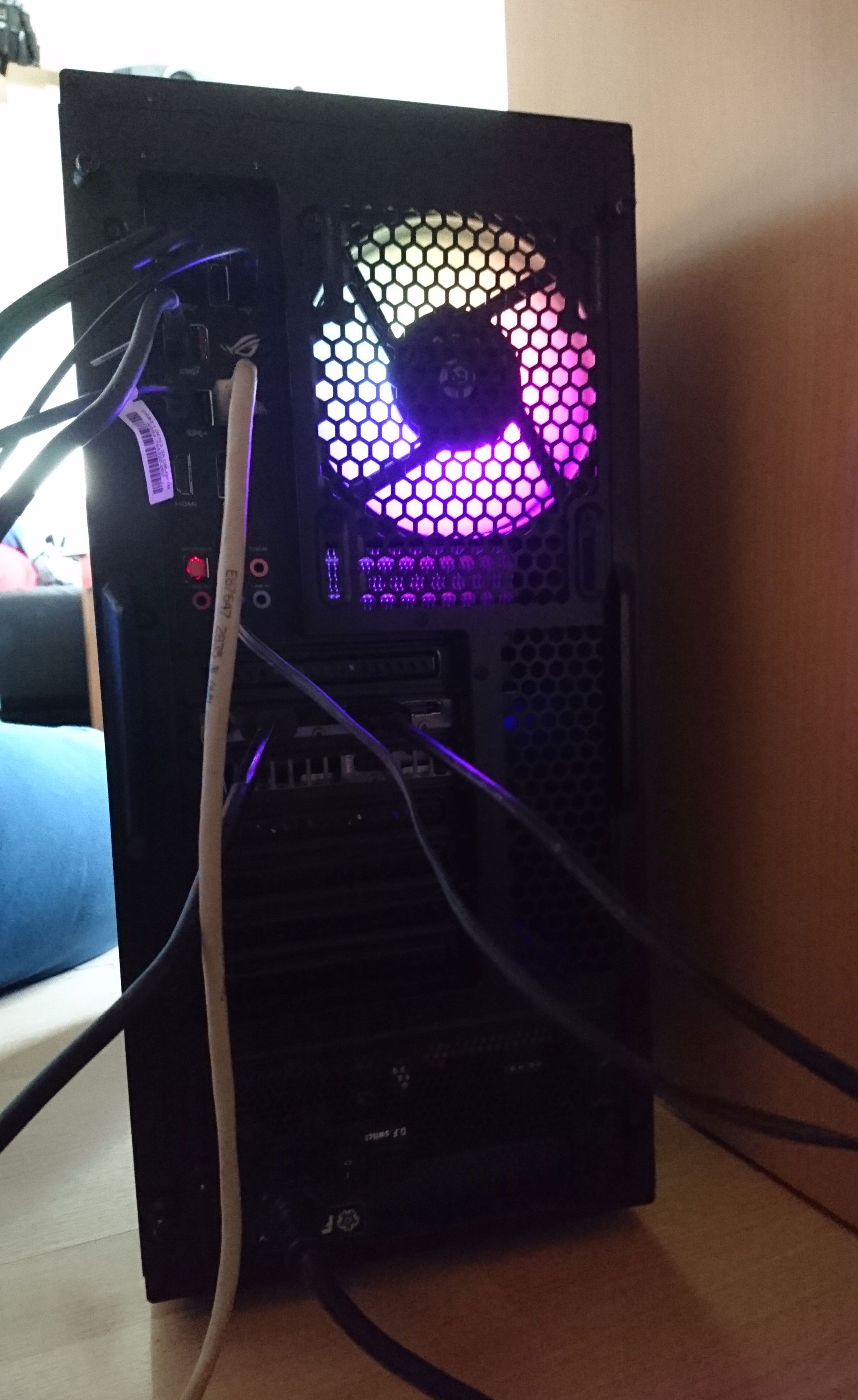 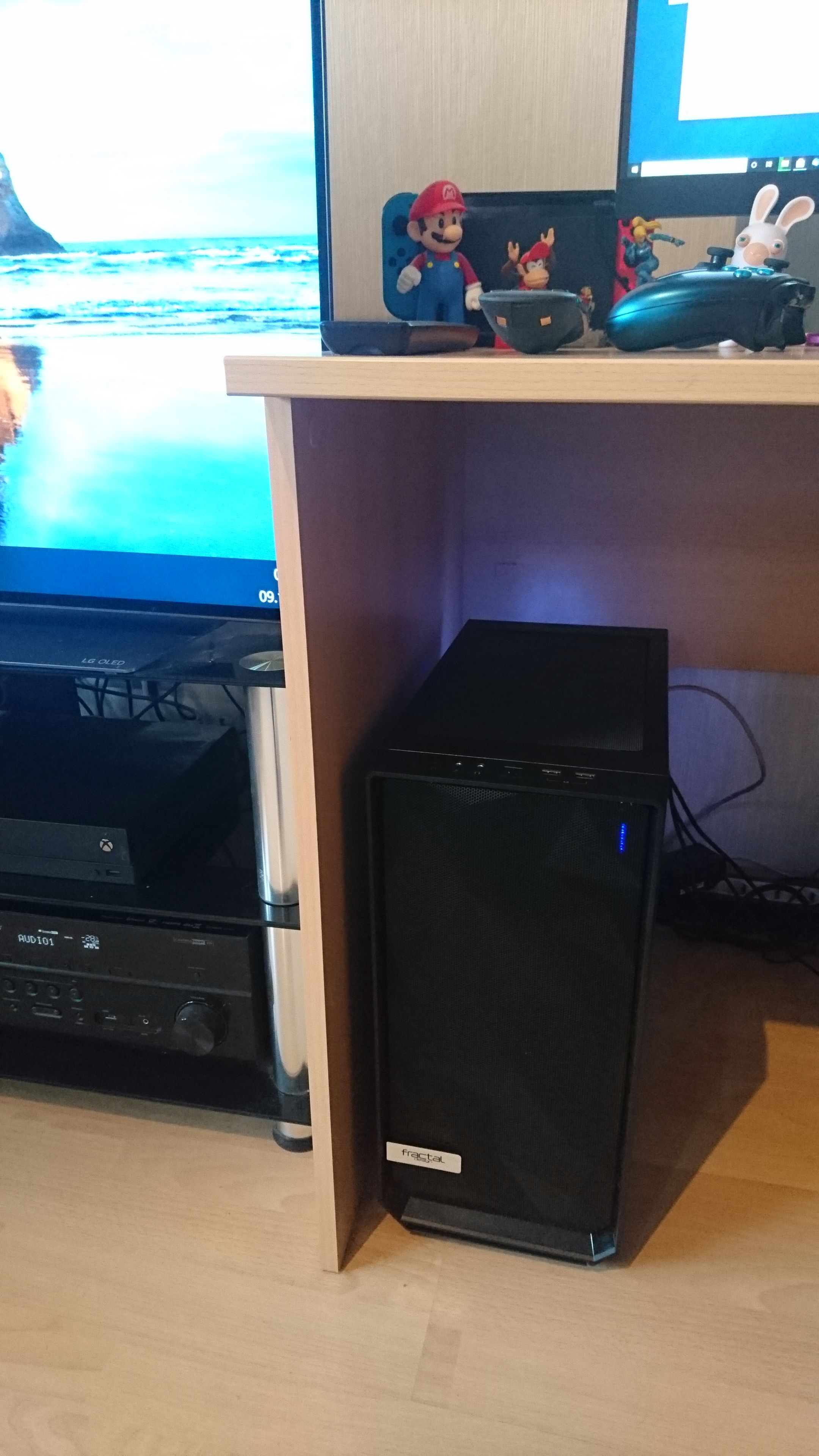 For the next days my old PC stays in the room (it just moved a meter to the right and I connected it to my good old 1200p Dell 2407) until all data transfers are finished and I prepared a Windows setup for my brother. That gift will be a huge upgrade to his current PC (dual core, GTX 650 Ti).

Specs of my new PC:

Copying games from the external HDDs only takes a few minutes due to transfer speeds of 300 - 400 MB/s, so I'll settle for now with 1 TB SSD space. But knowing me, it won't take long until I buy another M2.SSD. 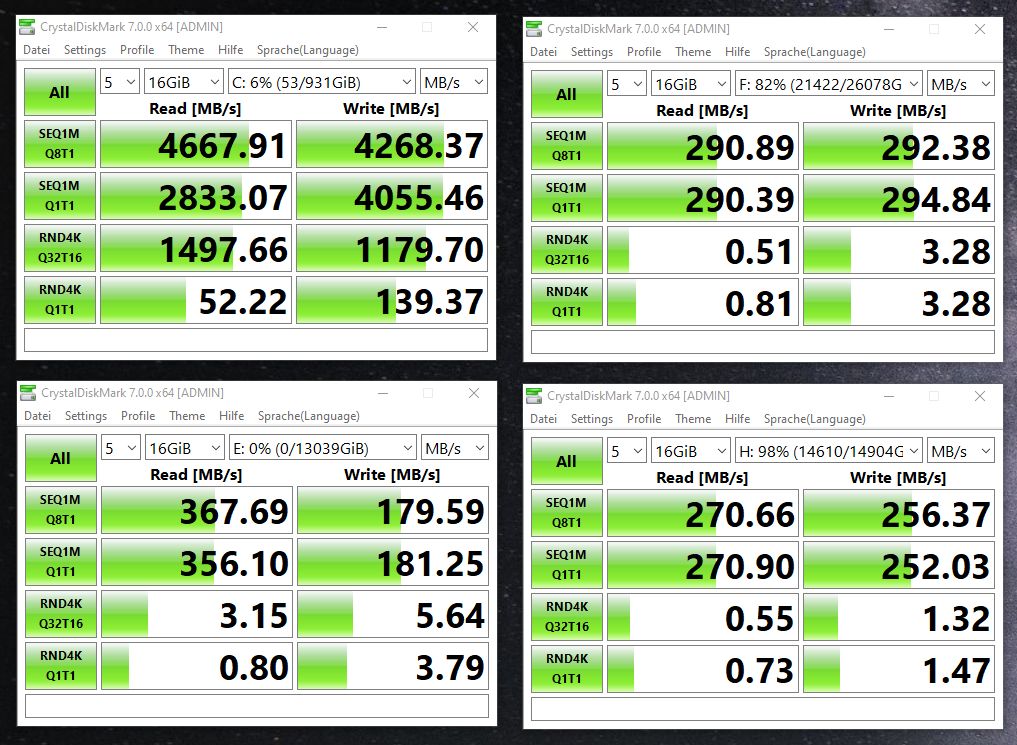 I also reconnected my Oculus Rift which always brought the USB-capabilities of my old PC to its limit and the connections were often fragile.

Next month my preordered HP Reverb G2 should finally arrive... with a lot less cables thanks to inside-out-tracking. 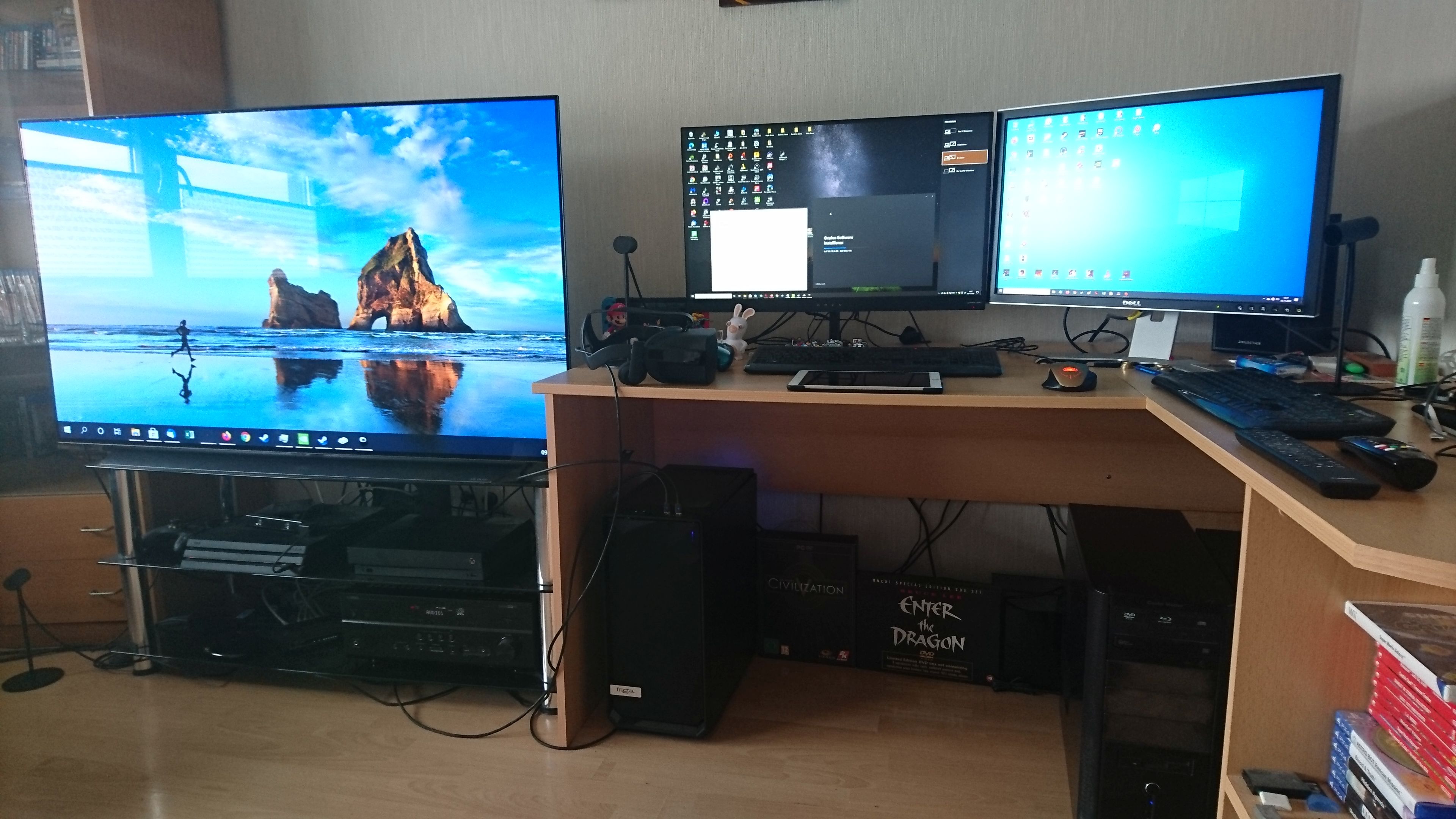 A somewhat old pic (like a week ago or so) - I did clean up a bit but almost the same. 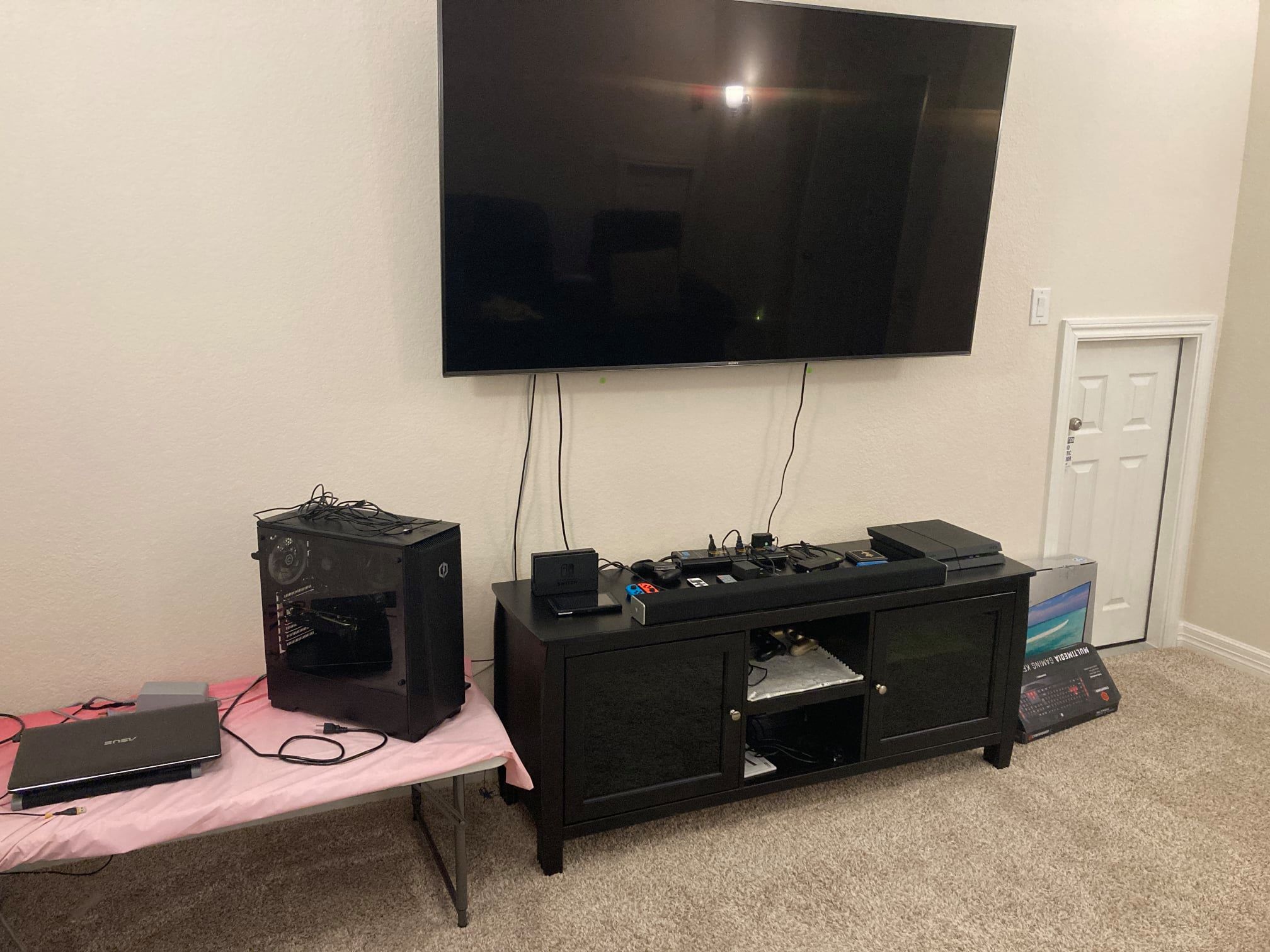 I added a "gaming chair" to my setup thanks to Black Friday sales.

It's very comfortable in all positions (upright for mouse+keyboard gaming), more lean back for gamepad gaming: 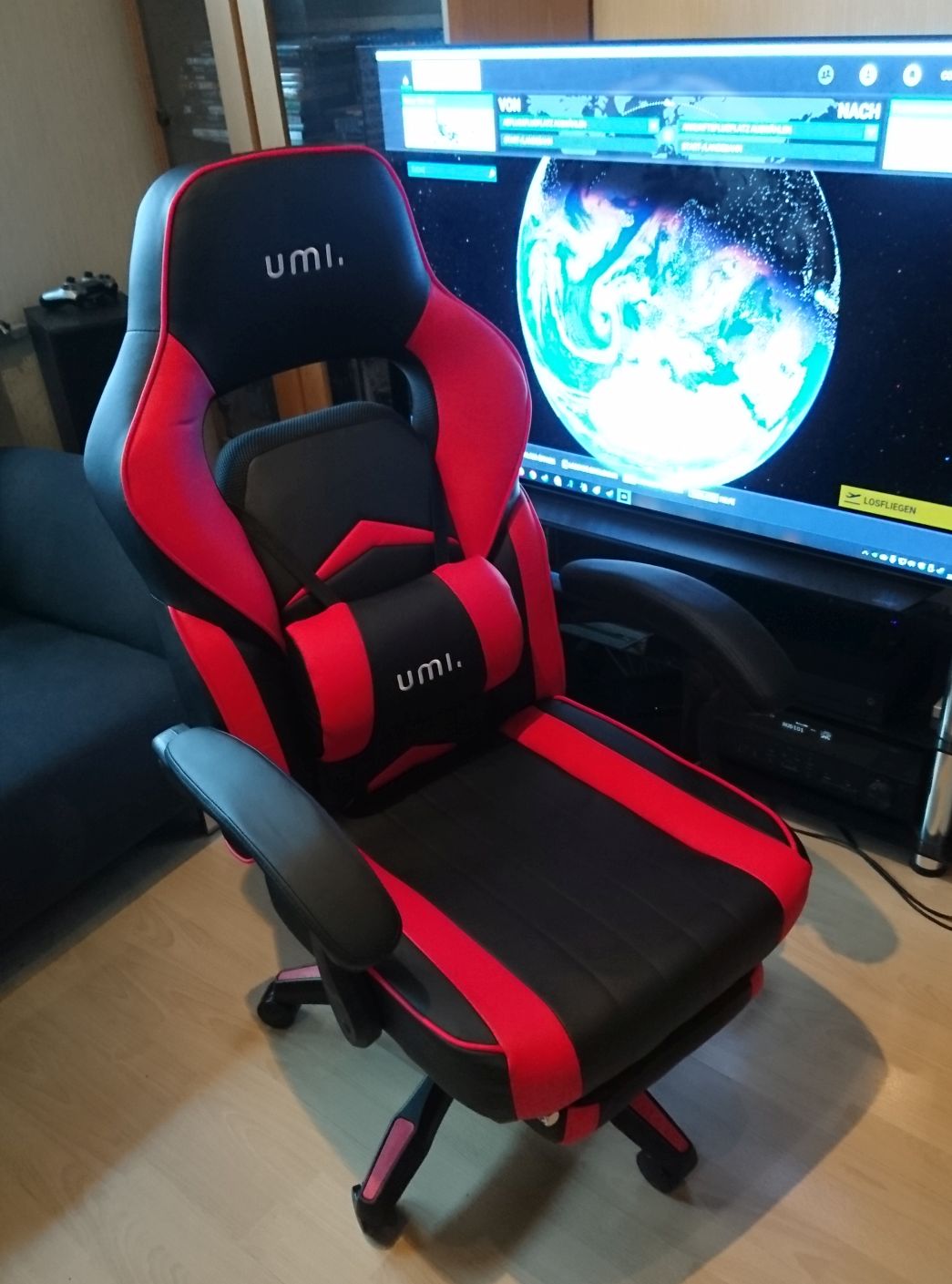 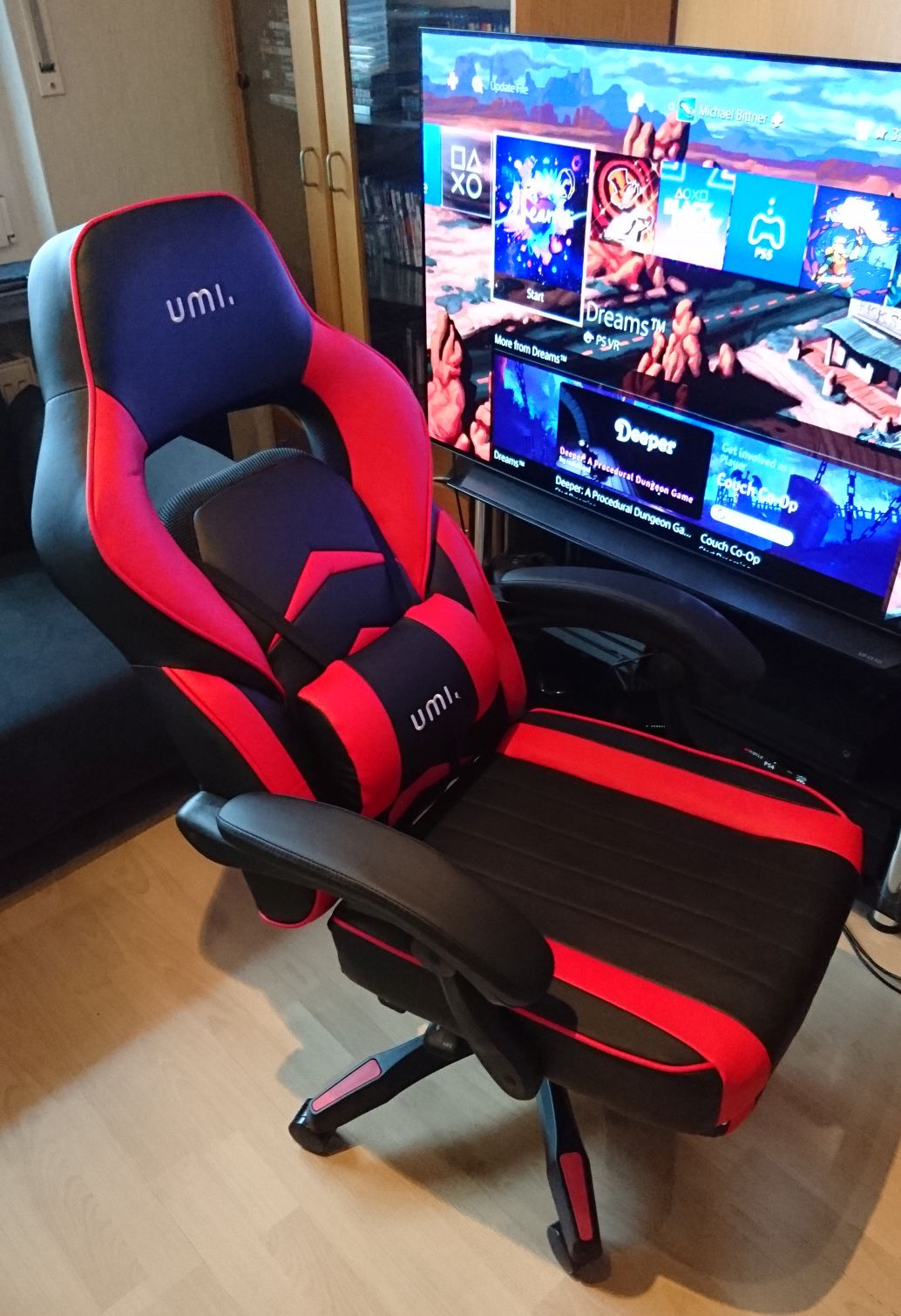 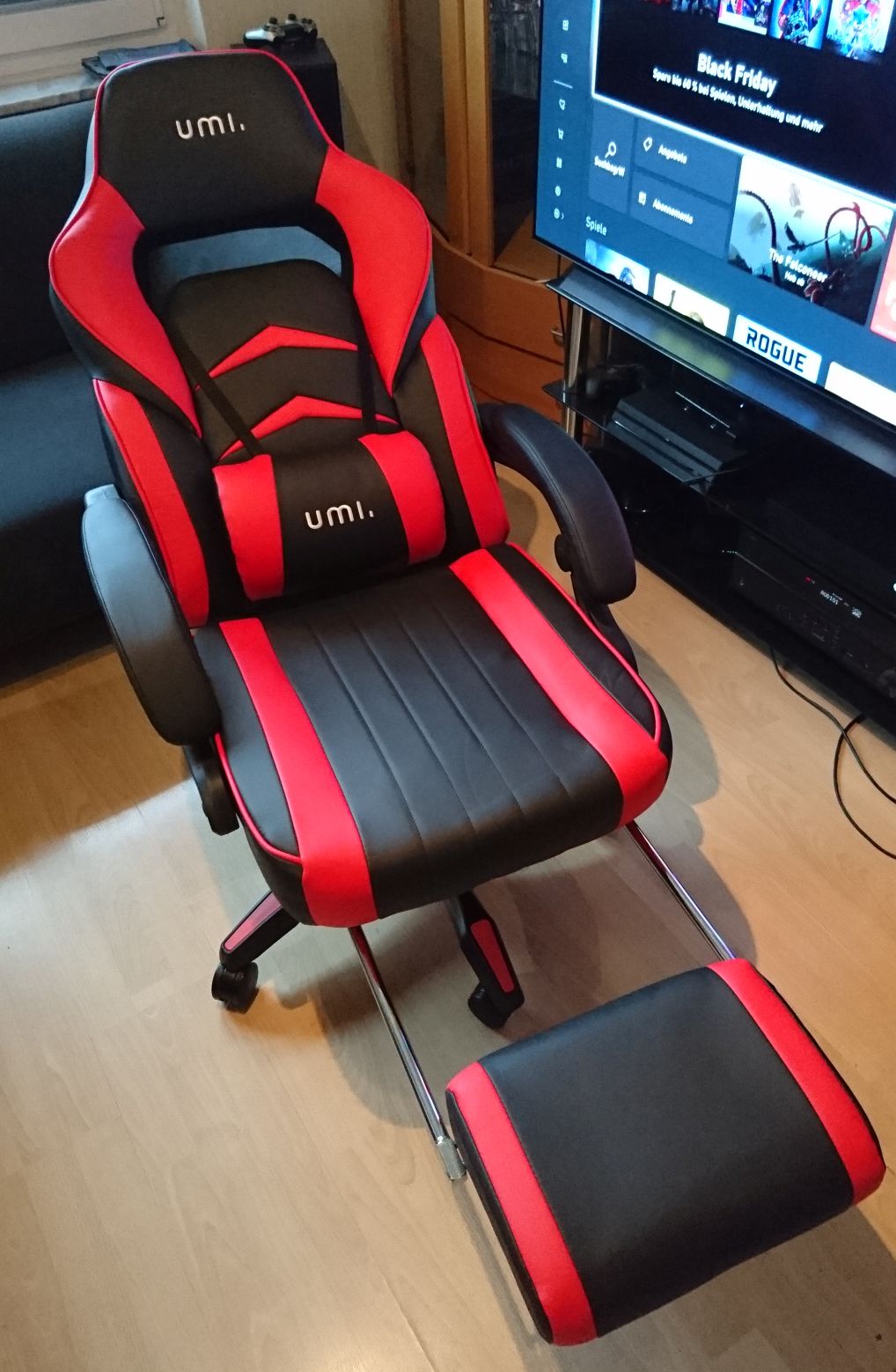 Wow those rigs are impressive. And here I am thinking about moving from console to PC but with a £700 budget only...

Sorry I really have to ask... is this only for gaming? That's a lot of money...

Nope. I'm a Commision-Hobby based 3D Designer and do a lot of physics related work (also allowing colleagues/friends to use my rig for their work).

This year I built a budget mini-pc dedicated to retro gaming, just for emulation using LaunchBox/BigBox and RetroArch.
It has not much horse-power, about PS4 performance level at an estimated 1.9Tflops, but it's in a very tiny build!

It works great (with a very little tweaking) out of the box and it is connected to a 65" 4K TV.

It runs games from Atari 2600 up to the Arcades, PSX, Saturn, N64, Dreamcast and PSP at fullspeed.
At native resolution works well also for PS2, Gamecube and Wii games emulation.

That looks great, how much is that?

I've been meaning to get a replacement chair for my general PC chair (the one I use to do surfing mainly, editing, paper work, typing, etc)