Forums - Gaming Discussion - In your mind, what will the Xbox SX conference have to do to beat the PS5 conference?

Anyone holding our for 60fps to be standard on PS5/XSX in is for a rude awakening.

For the last 3 generational transitions, as far back as the late 90s, I remember people saying "next gen will be 60fps standard" and it never happens.

At the end of the day, it's down to the individual developer, and most devs will always opt for lower framerates in order to push better visuals and not have to do as much in-depth optimization.

The majority of AAA games on PS5 and Xbox Series X will not be 60fps.

Idk what Goopster is talking about there. I know zero people who expect 4k60 to be standard next gen.

A checkboarding option to the emulation could potentially achieve this.

Exactly! Native 4k and 60fps (or even 120fps) is a sure fire way for developers to be as inefficient as possible as that would suck up 2/3 of gpu resources on something that some people won't even notice. So why are we all thinking Lockhart is such a great idea, saying its not going to hold back Series X? How would a game that pushes Series X to its limits at 30fps/1440p be able to run on Lockhart? The truth is that Lockhart is only going to work if Series X would be wasting those 8Tflops and 7GB of extra RAM on running Lockhart games at 4k/60fps.

I know most people don't care or expect all games to be 4k/60fps. But that's what MS is selling with Series X anyway. I mean has there been any game announced for Series X that isn't 4k/60fps or even 120fps? Its pretty much what the "optimized for Series X" stands for (together with Ray Tracing) and all uncle Phil's been talking about.

For arguments sake, lets say MS only announced Lockhart and Series X would have come out somewhere in 2024 as a mid-gen console. Would anyone have been ok with that? Because that's exactly what's happening, only they're releasing their mid-gen console early.

Again guys, look at these two badges and you tell me what's the difference between Series X and the XOne X? 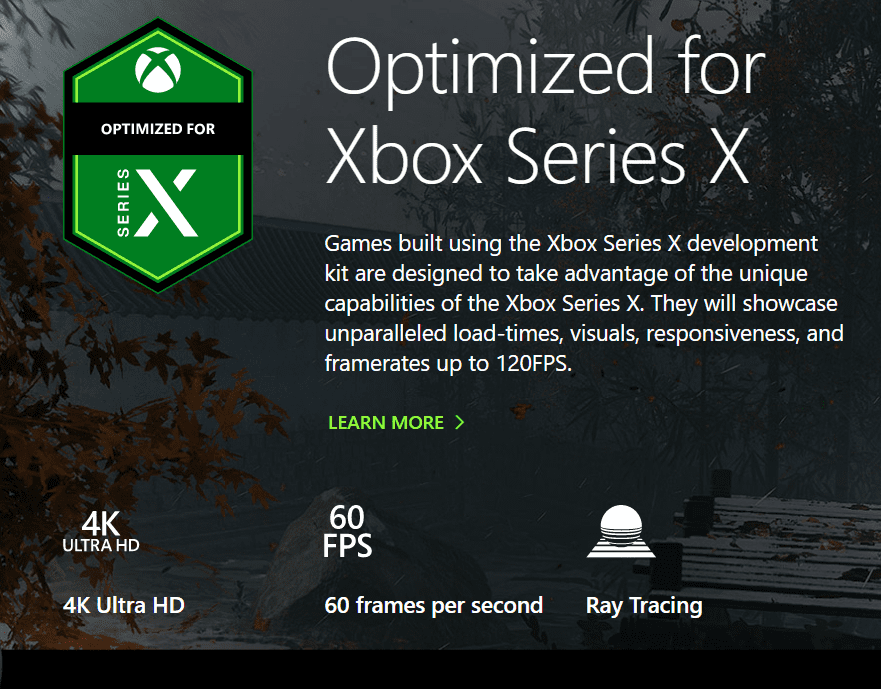 Thanks, I never saw they were promoting 60fps as obligTory for the games with the badge. Thats really nice but again, will third party devs care about it? Probably no.

They will much more focus on ray tracing, hdr, real life graphics and other shit and games will be running at 30fps or less from the middle of the generation amd onwards.

The Lockhart will only "hold back Series X" if mid-range PCs "hold back high end PCs".

Series X has 20% more power so it can do better at achieving as close to those benchmarks as possible. And it goes without saying games that aren’t AAA aren’t pushing the graphics to their limits due to lack of budgets so it would make those benchmarks easier to hit too.

I mean, we’ve seen the in-engine trailers in Halo Infinite. Gorgeous and certainly look a step above anything Xbox One can do. I think Series x can do both. Hit benchmarks as well as look next gen.

It's nice but it also means it leaves a lot less room to use those 12Tflops on overall fidelity and the things that normally define next gen games. Midway through the console generation I'm sure we'll see more ambitious games testing the limits of Series X/ps5 and will probably run at 30fps/1440p. But how are those games going to work on Lockhart with half the Ram and 1/3 the gpu power?

Imo 120 fps is a lot less noticeable than going from 30 to 60fps. Some Pc gamer swear by it for competitive gaming, though. Its just that it takes a big hit on performance. For example, I have a GTX1060 and can only hit a stable 120fps in something like Sea Of Thieves if I drop to 720p in the lowest settings. While I can get 60fps in 1440p at almost max settings.

Mid-range pc's aren't holding high-end pc's back, consoles are. The last game I can remember that wasn't a straight port from the console version was probably BF3.