It's so annoying hearing antivaxers saying it not there fault that icu numbers are high when in ireland they are taking up over 60% of the icu beds being used for covid patients.

Weekly update. Cases continue to rise in Europe while a new potentially more infectious variant has emerged in South Africa.

Europe continues to climb, USA is rising as well but counts have dropped off for Thanksgiving.

Ukraine and Russia are heading back down, a few other countries are stabilizing, France and Spain are rising fast.
Germany has broken the record highs, ahead of France and UK's previous peaks.

South African scientists identified a new version of the coronavirus this week that they say is behind a recent spike in COVID-19 infections in Gauteng, the country's most populous province. It's unclear where the new variant first emerged, but scientists in South Africa first alerted the World Health Organization and it has now been seen in travellers to Belgium, Botswana, Hong Kong and Israel.

Health Minister Joe Phaahla said the variant was linked to an "exponential rise" of cases in the last few days, although experts are still trying to determine if the new variant is actually responsible.

Cases are shooting up in Belgium and South Korea as well. Israel is at its lowest but maybe lower reporting in the last few days, sudden drop.

In a statement on Friday, the WHO designated it as a "variant of concern," naming it "omicron" after a letter in the Greek alphabet.

After convening a group of experts to assess the data, the U.N. health agency said that "preliminary evidence suggests an increased risk of reinfection with this variant," as compared to other variants.

"The number of cases of this variant appears to be increasing in almost all provinces in South Africa," the WHO said.


Locally cases are starting to rise again as well. We kept the kids home from school yesterday as more cases are getting detected at their school. An outbreak was reported on Tuesday. However the close contact reporting is a joke, all the close contacts didn't get notified until after going to school another day. So far it stands at 7 confirmed cases among the kids, 2 among the staff. 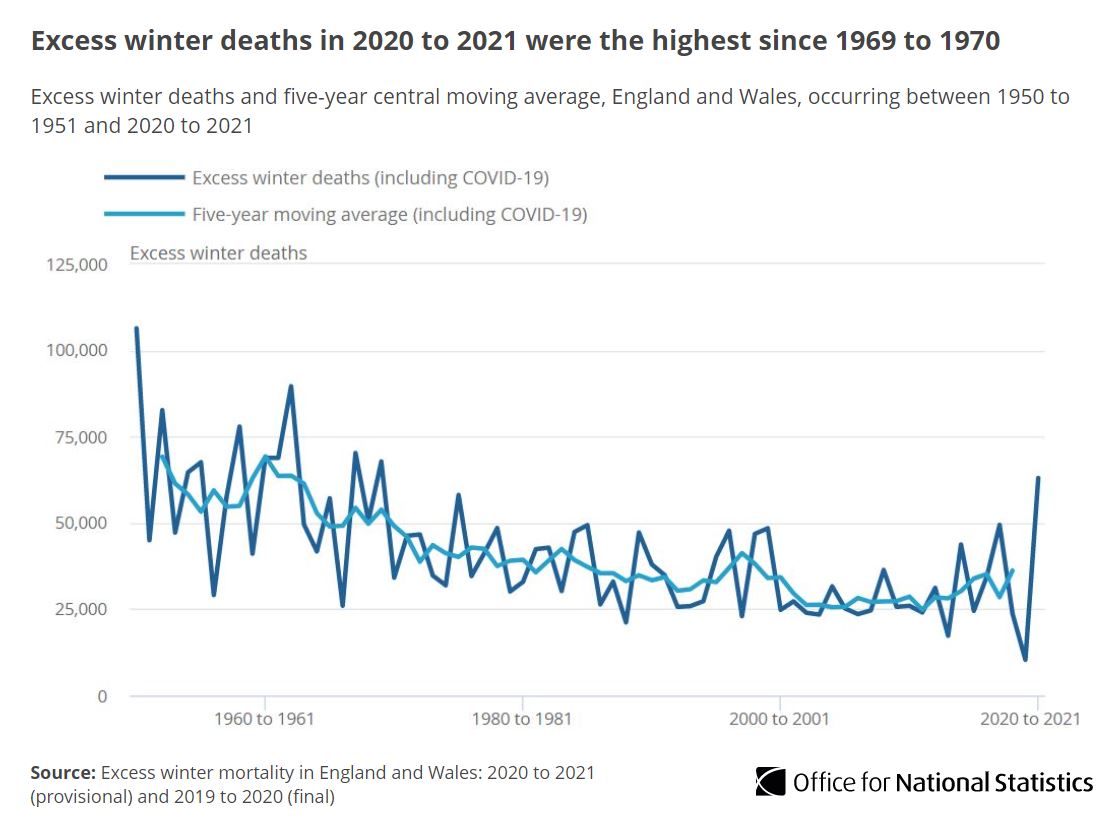 As I mentioned before, if you had a nasty viral infection, whatever that caused it, don't expect to feel good immediately in the next week. That being said...

Long Covid... or the nocebo effect?

The results of this cross-sectional analysis of a large, population-based French cohort suggest that physical symptoms persisting 10 to 12 months after the COVID-19 pandemic first wave may be associated more with the belief in having experienced COVID-19 infection than with actually being infected with the SARS-CoV-2 virus.

The only exception was anosmia, which was 4 times more prevalent in people who actually had Covid.

Stress can cause a lot of symptoms. Long Covid or Long Pandemic Stress, not surprising symptoms overlap. Which makes it worse as you can get 'Long Covid' without getting infected, simply from the stress around the whole long ongoing situation.

Stress and anxiety can cause high blood pressure, which can cause all kinds of other symptoms. Stress affects sleep patterns
https://www.healthline.com/health-news/chronic-stress-can-lead-to-higher-blood-pressure-heres-how-to-reduce-it

In a study of nearly 2,000 workers with high blood pressure who were followed for almost 18 years, those who reported having both a stressful job and poor sleep were three times more likely to die from heart disease than those who slept well and didn't have a trying job, the investigators found.

It doesn't really matter if you get Covid or not to still get long term effects from the pandemic. Countries keep managing the pandemic poorly with mixed messaging and letting cases rise until full lock downs are needed again. Then on top scare everyone with Omicron, add knee jerk reactions to cancel flights (too late, it's already detected all over the world)

Imo it would be better to find a stable state people can get used to instead of lock down -> re-opening -> lock down, masks, no masks, masks again. Humans are creatures of habit, changes in routine and uncertainty causes more stress, as well as seeing cases rise rapidly again and again.

Hopefully things settle down next year, it's still going to be a rough winter first.

For sure psychogenic suffering is still suffering, with real consequences to both body and mind. This wasn't intended to be seen as dismissive.

But there might be still a real problem of people that might come to suffer from long-term symptoms simply because they expect that to be a common occurrence. Not to mention a lot of post-traumatic stress because most overestimate their personal chances of dying from Covid by orders of magnitude.

All that fear has consequences. So now instead of going like "well, maybe we SHOULD vaccinate those African peoples with HIV!" (assuming Omicron isn't zoonotic - it has a *lot* of markers found in zoonotic SARS-CoV-2 strains) , we have borders being shut, more uncertainty and panic in the media, third doses for healthy young people, etc.

Another round of: play stupid games, win stupid prizes.

Oh, and for the cherry on top, he took Ivermectin, it didn't work. Shocking.

I am sure the Ivermectin worked as it is intended and fought Parasites. It just did nothing against COVID.

Okay, this omicron meltdown is officially hysteria in my book. The doctor who discovered it has described the symptoms she's seen in patients with this particular variant of Covid as "extremely mild", as in no one, not one single person with omicron, has yet been hospitalized as a result, it would appear, unless there's new info on that that I've missed. Cases thereof so far reportedly have not even included so much as a cough or a sore throat. And over this we are seeing travel bans and the shuttering of whole economies again? Seriously? That makes me think we'll never be out of this mode. There will always be new variants, folks. This one seems less consequential than even the original alpha strain, to say nothing of delta. So far I'm not even the least bit worried about the new omicron variant. I feel that I can live with being in circulation. I can live with a chance of experiencing "extremely mild symptoms", especially given my vaccination status. At some point moving on with life is called for.

Let me circle back to the zero hospitalizations point. While I am certainly no medical expert, my understanding has been that the point of everything from masking to vaccination to...*grumble grumble*...lockdowns has been to prevent hospitals from filling up such that people can no longer get in for any other kind of life-threatening emergency like strokes or cancer. If the omicron variant doesn't add to hospitalizations...maybe it's not worth shutting down economies over, you know? That's my thinking anyway.

When it came to earlier strains of Covid, the more I read about them, the more worried I became. With this one, it's the other way around: the more I read about omicron, the less concerned I am about it. I'm way more scared of more shortages and further price increases resulting from more supply chain disruptions than I am of the omicron variant. The cost of living here in the U.S. is up 6.2% over the last year alone (the fastest inflation rate in 31 years), while my income is up 0% and my stimulus money is now long since exhausted. I am, in other words, way more afraid of how countries are reacting to omicron than I am of this virus strain itself.

Matter-of-factly, I feel that I've been a pretty damn good soldier about all this. I mean okay, I've splurged and been undisciplined in some respects, like returning to movie theaters early on, as soon as they reopened in August of last year because I felt like I needed the outlet mentally-emotionally, even if it was just old movies playing and nobody was there but me, stuff like that. I'm human. But I have also gotten all three of my shots early on for the same virus in the span of well under a year and still have to mask at work anyway. This panic over what sure the hell so far looks like a very mild variant just makes me feel like there's no end to this regime in sight after more than a year and a half; like we'll never psychologically recover from Covid and be able to fully move on with our lives. I'll tell you what, if my workplace masking obligations aren't lifted by the spring when the weather starts to warm up and people resultantly start spending less time indoors and more time outdoors again, I'm officially going to cross over to the other side and start joining some of those anti-masking protests.

Do many of these mutations seem familiar to you, if you know anything about Omicron? 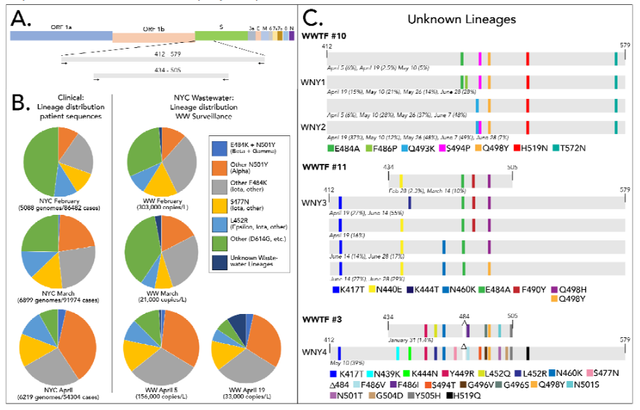 These are samples collected from NYC wastewater earlier this year, proving the virus can mutate really fast to adapt to animal hosts without the need of immunocompromised patients. I'm increasingly leaning toward a zoonotic origin for this one - rodents, cats, or dogs.

This would also have awkward implications such as the fact that no amount of vaccination would have prevented its emergence...

Intringuingly, even though the WNY4 sample is even more mutated than Omicron, its RBD was still neutralized with a significant but not catastrophic 5 to 7-fold reduction in titers (about 1,4 - 1,9 times more resistant than Beta's RBD).